A legion of imaginative folks dedicate their time to scouring NASA‘s Mars photos, looking for oddities on the Red Planet. These individuals have spotted all sorts of “objects” (hint: they’re rocks), some more interesting than others. Just about right on time, a new conspiracy theory has surfaced involving a new Mars photo, this one seemingly showing a statue of some deity off in the distance.

The latest comes from the website “UFOsightingsdaily”, which points toward one of NASA’s Mars photos, specifically to a rocky mountainous ridge in the the background. The image, of which you can see the full resolution version here, looks entirely normal. Look a little more closely though, and you’ll notice an area toward the right of the ridge where the pattern deviates a bit. 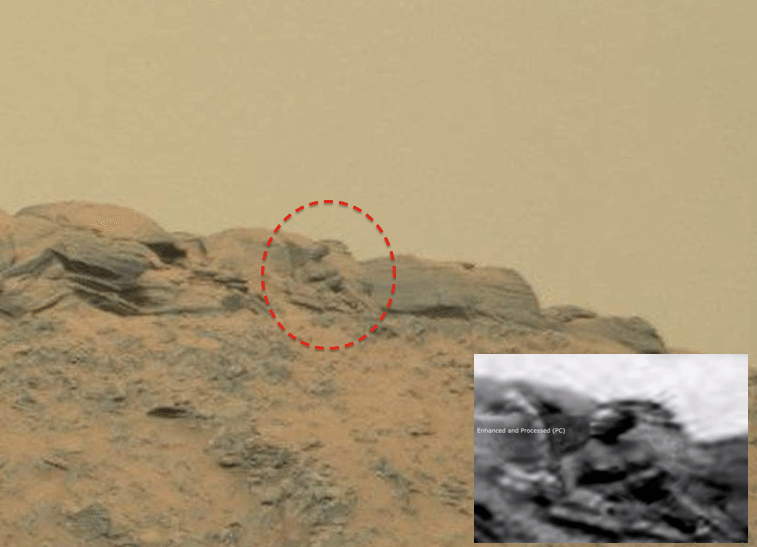 Some have alleged the statue is of Buddha, but those inclined to believe say it is probably some Martian god and totes evidence of aliens and/or past advanced civilizations on Mars. Of course, the explanation probably boils down to “pareidolia”, a human tendency to see something in random nothingness as our brains try to make sense of random patterns.

This isn’t the first “statue” that someone has spotted in a Mars photo, and it probably won’t be the last. We’ve also seen photos that purportedly show a rat, the rubble of some sort of house or structure, and more. Check out the timeline below for more Mars news!