NASA mulls a mini space station for the moon

NASA is considering a new space station that would act as a halfway house for astronauts near the moon, which could be completed as soon as 2025. Dubbed the NASA Lunar Orbiting Platform-Gateway, it would offer future missions a point from which to observe the moon, in addition to acting as a waypoint for space exploration further afield. Indeed, it could eventually be a stepping stone to travel to Mars.

It would not, of course, be the first such orbiting platform. Unlike the International Space Station, however, which is crewed all year round, the Lunar Orbiting Platform-Gateway would only be designed for temporary occupation. The rest of the time it would be uncrewed and self-maintained, according to the scheme.

As a result, it could also be considerably smaller than the ISS, making construction and maintenance more straightforward too. While the plans are still be developed, one possibility is that the Gateway could be established into a so-called Near Rectilinear Halo Orbit, or NRHO. Rather than circling the moon at an even distance throughout, such an orbit would see the space station make alternate close passes and then longer loops away from the surface.

That would allow the Gateway to keep line-of-sight with Earth, too, making consistent communications a possibility. It would also leave the space station’s solar panels perpetually bathed in sunlight, important given that would be the primary source of power. Boeing has already come up with one possible design for what such an installation might consist of. 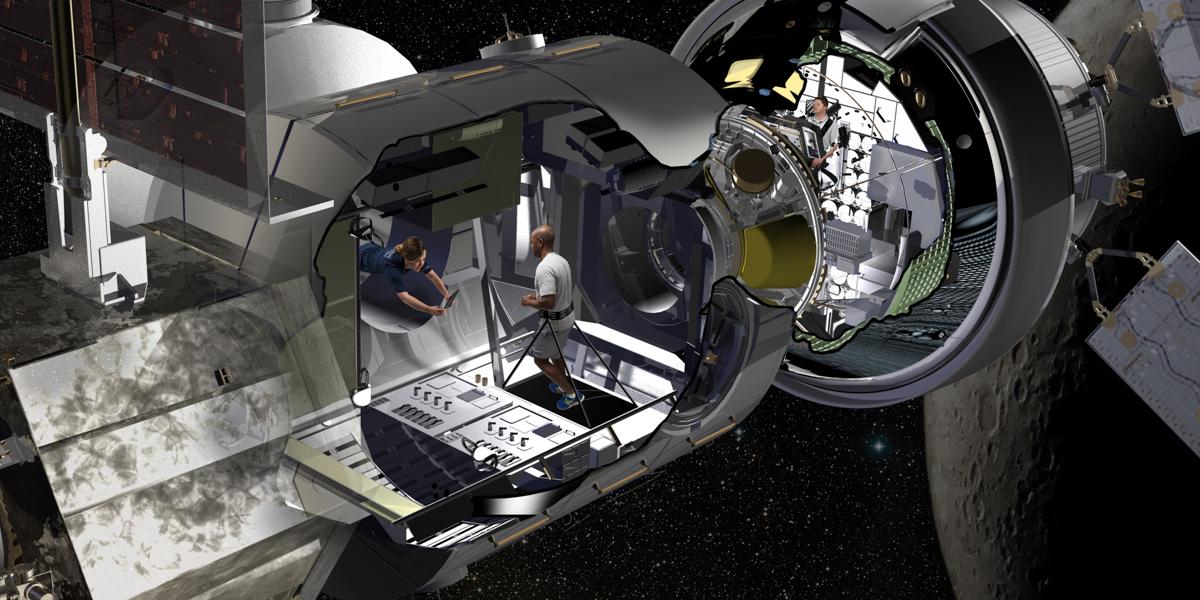 The plan was part of the discussion at the Deep Space Gateway Concept Science Workshop, Space.com reports, in which NASA invited a variety of experts to discuss the possibility of a new space station. “The different science areas are really embracing the idea of a human-tended Gateway around the moon and it doesn’t compete with what they currently do,” Ben Bussey, chief exploration scientist in NASA’s Human Exploration and Operations Mission Directorate, said of the event. “It represents a new opportunity for them.”

Possible applications for the Gateway riff, in some cases, on the purposes that the International Space Station has been put to. For instance, it could be used for experiments around astronaut health in zero gravity, biology and plant testing, and other physics trials. Of course, its proximity to the moon would allow for closer examination of Earth’s satellite.

Some of the possibilities also refer to exploration further afield. Although experts are divided on just how much more of value we could learn from lunar science, testing new systems out there might better shape experiments and hardware later used for missions to Mars. Indeed, the whole Gateway could end up being a waypoint for such missions, effectively acting as a zero gravity service point.

If NASA gets the go-ahead, it could launch the first part of the Gateway in 2022 at the earliest. That would be the platform’s power and propulsion module, after which would come other components such as the habitation and airlock systems. Earmarked to use commercial rocket launches, such as those currently provided by SpaceX, the whole thing should be completed by 2025.