NASA’s Mars Helicopter has been attached to the Perseverance Mars rover, the latest in a series of milestones ahead of it joining Curiosity on the red planet – and hopefully setting a record while it’s there. The centerpiece of Mars 2020, Perseverance has a long trip to get to its new home, but it may be the very final approach that is the most dramatic.

That’s because actually landing on Mars requires some serious engineering. NASA is using a special descent stage, known as the “sky crane,” to lower the rover the final portion, through Mars’ scant atmosphere and onto the surface. 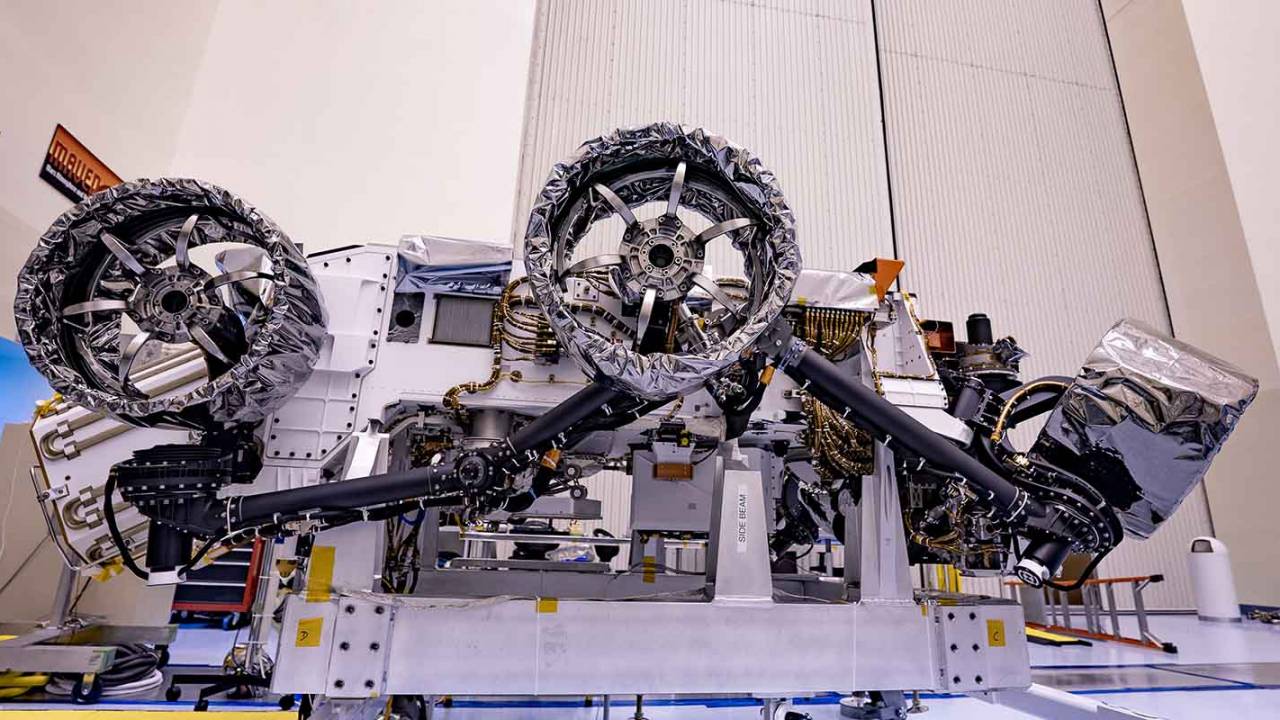 If all goes to plan, come February 18, 2021, Perseverance will be entering the Martian atmosphere. It’ll be safely inside the aeroshell, along with the descent stage. Using hydrazine monopropellant, the sky crane will attempt to slow the spacecraft from around 180 mph to just 1.7 mph for a safe landing.

It won’t have long to make that deceleration, either. The engines will start up when the sky crane is 7,200 feet up, with its target about 66 feet from the surface of the planet.

The sky crane is designed to then spool out strong nylon cords, which will lower Perseverance around 25 feet below the descent stage. After taking photos to compare the actual potential landing site to what NASA had planned for, just to make sure it’s a safe spot, the rover will be gently deposited at Jezero Crater. Sensing the touchdown, the cords will be cut and the descent stage will fly away.

After one impressive flight, a record-setting second

NASA just finished fueling up the descent stage, loading it up with 884 pounds of propellant, and then attached the Mars Helicopter to the rover. In a plan that still sounds a little like a James Bond movie stunt, the helicopter is designed to piggy-back down to Mars on Perseverance and then eventually take to the skies for aerial photography and more. 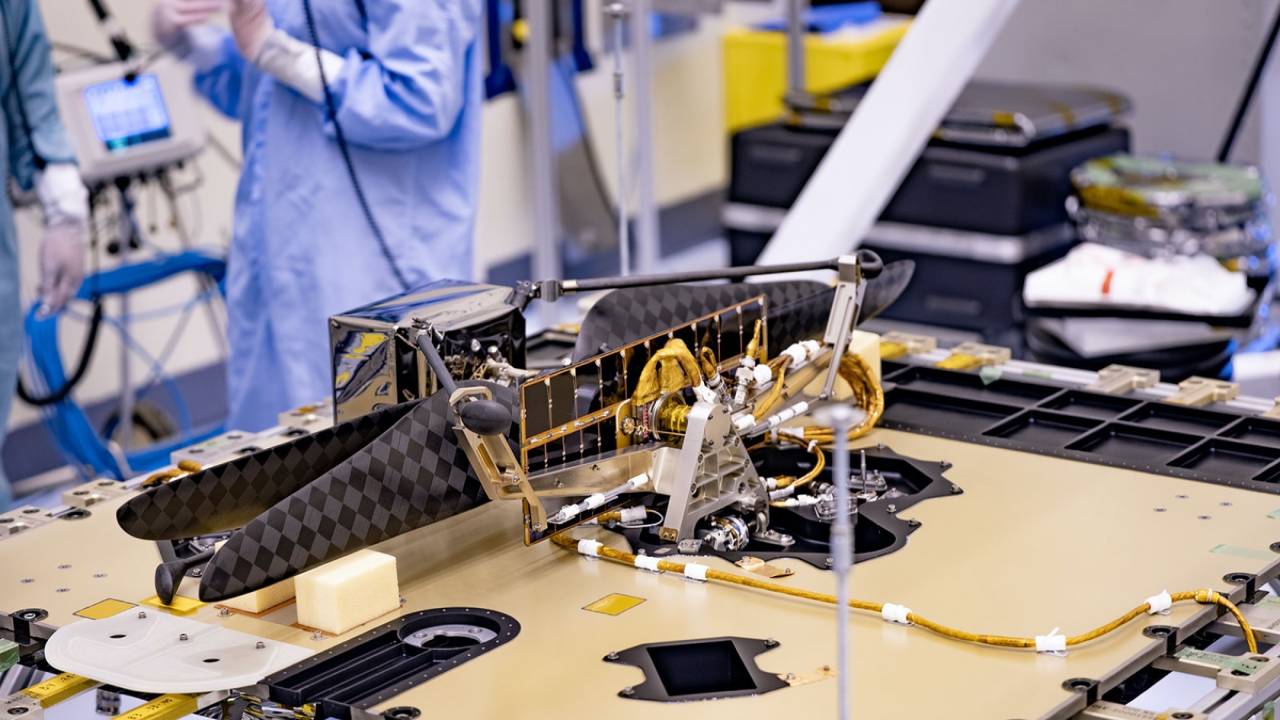 It’ll sip power from Perseverance initially, and stay stowed on the belly of the Mars 2020 rover for around two and a half months after the safe touchdown. After that, though, it’ll be released onto the Martian surface and begin running through its own, extensive systems checks. With the rover a safe 330 feet away, it’ll take off on its 4ft long propellers.

Power for the Mars Helicopter, once detached, comes from a solar panel above those propellers. Assuming all goes to plan, it’ll be the first aircraft in history to try to make a power-controlled flight on another planet.

That record isn’t NASA’s only goal, mind. While it will demonstrate that such flight is possible, it’ll also be used to gather new mapping data that the Jet Propulsion Lab (JPL) can use to better guide Perseverance around Jezero crater as it undertakes further research. While its payload is obviously constrained given the need to fly, it’ll still be capable of gathering images at roughly ten times better resolution than the orbital images NASA currently relies upon.

The 30 day flight mission will use a solar tracker camera for navigation, as Mars’ magnetic field is too unstable for a traditional compass. It’ll rely on a ZigBee wireless connection to the rover, and support a maximum altitude of 33 feet.