This is NASA’s Mars Helicopter: It’s a GO!

Today NASA announced they’d be bringing their Mars Helicopter to Mars, officially. This is not the sort of helicopter you saw circling your house the last time you stole a bunch of diamonds, but the kind that carries payloads. More like a drone than a traditional human-piloted helicopter. In the NASA Mars Helicopter is the future of flight on other worlds – or at least the next step.

In July of 2020, NASA will launch their Mars 2020 rover mission. At that time, the Mars Helicopter will be ready or it won’t be going. “Exploring the Red Planet with NASA’s Mars Helicopter exemplifies a successful marriage of science and technology innovation and is a unique opportunity to advance Mars exploration for the future,” said Thomas Zurbuchen, Associate Administrator for NASA’s Science Mission Directorate at the agency headquarters in Washington. 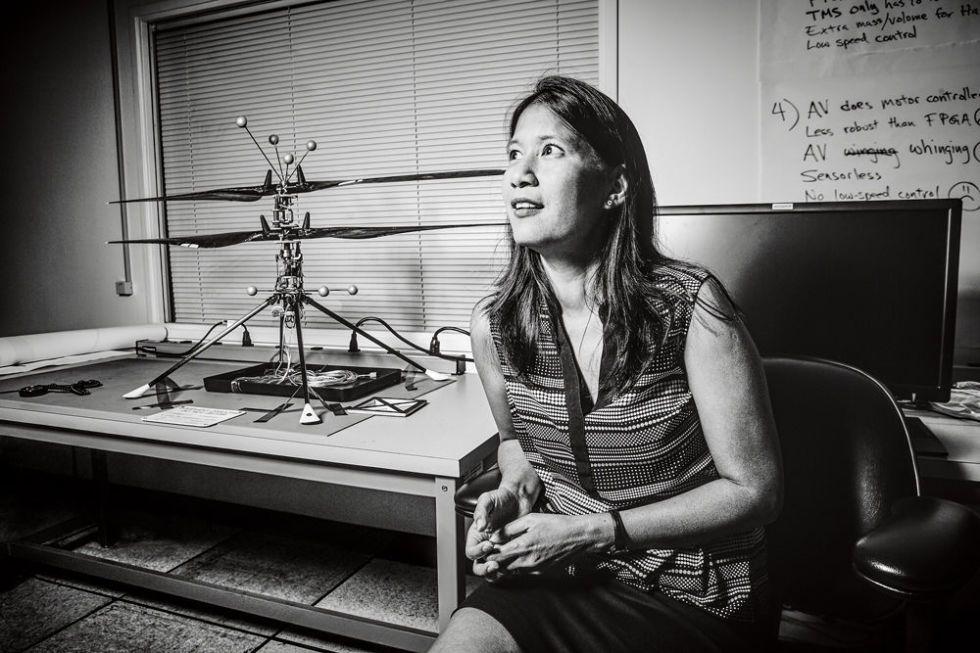 NOTE: Versions of the helicopter in yellow and in the image immediately above are early iterations of the craft. The version closest to that of a final product can be found in the first two videos below.

“After the Wright Brothers proved 117 years ago that powered, sustained, and controlled flight was possible here on Earth, another group of American pioneers may prove the same can be done on another world,” said Zurbuchen. Below you’ll see a rendered demonstration of what this helicopter-based bit of action might look like on the red planet.

The video you see above is a presentation of NASA JPL. The video below has similar content – but is an extended look at the mission with more “this week” news from NASA. That’s a weekly report, mind you – through YouTube!

The Mars Helicopter will be piloted completely autonomously. While traveling on the ground with wheels can be done slowly, remotely, step by step, flying’s a different matter. Flight requires multiple moves in quick succession – something not possible with today’s connectivity over light-years of distance.

Next is a video from Caltech, Keck Institute for Space Studies, and the JPL. This April 2015 lecture had MiMi Aung speaking about the helicopter and its potential.

“We don’t have a pilot and Earth will be several light minutes away, so there is no way to joystick this mission in real time,” said Aung, Mars Helicopter project manager at JPL. “Instead, we have an autonomous capability that will be able to receive and interpret commands from the ground, and then fly the mission on its own.”

“The altitude record for a helicopter flying here on Earth is about 40,000 feet,” said Aung. “The atmosphere of Mars is only one percent that of Earth, so when our helicopter is on the Martian surface, it’s already at the Earth equivalent of 100,000 feet up,” said Aung. “To make it fly at that low atmospheric density, we had to scrutinize everything, make it as light as possible while being as strong and as powerful as it can possibly be.” 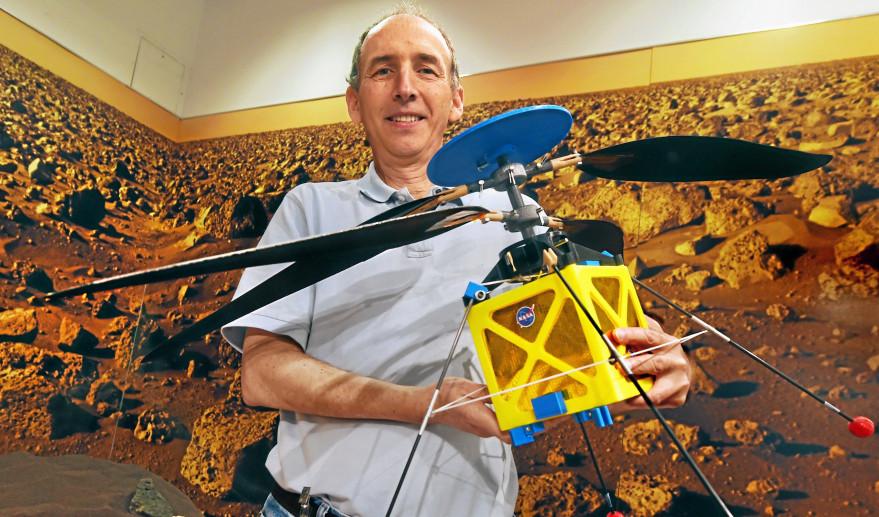 The image above depicts a scale model of the craft held by Matthew Golombek, study scientist for Mars Helicopter. This photo was captured at the Jet Propulsion Laboratory as the JPL first sought funding from NASA to build the drone, back in January of 2015.