NASA details how Perseverance will hunt for life under Mars’ surface

NASA has detailed one of its new Mars rover’s most unusual instruments, explaining how Perseverance will map beneath the surface of the red planet and just what it’s looking for. Set to land on Mars on February 18, 2021, having launched back in June, Perseverance is effectively a mobile survey lab on six wheels.

Like Curiosity before it, many of the instruments that Perseverance carries will be designed to give a perspective of Mars from the rover’s level. SuperCam, for example, is a suite of instruments designed to identify and do chemical composition analysis of rocks and regolith from a distance, while Mastcam-Z is a stereoscopic camera that gives the rover its distinctive “head” assembly. 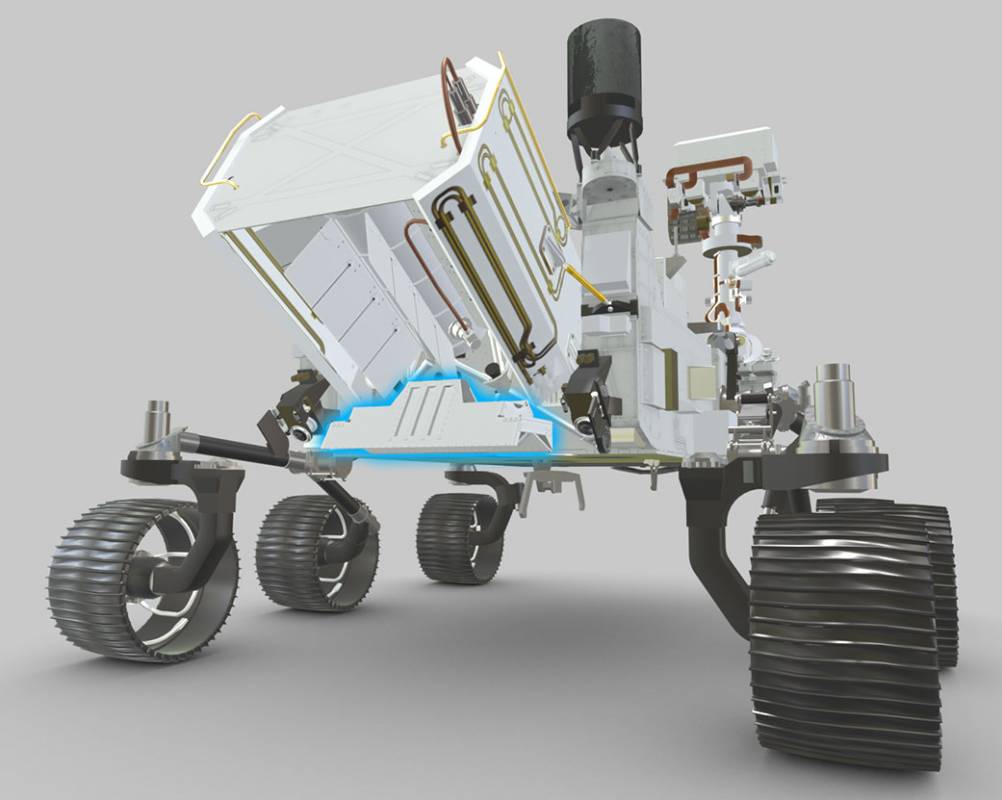 Looking down, however, will be RIMFAX. The Radar Imager for Mars’ Subsurface Experiment is more focused on the ground that Perseverance will be trundling across. Or, more specifically still, what’s underneath that surface. For the first time, NASA has equipped a Mars rover with a ground-penetrating radar.

It uses an antenna on the lower rear end of Perseverance – highlighted in blue in the image above – emitting electromagnetic waves that are then reflected back by different materials in the ground. Those radar soundings will be taken every 10-20 cm (4-8 inches) the rover travels, and are able to give a detailed view of what’s underground to at least 30 feet, NASA says. “In doing so,” the space agency explains, “the instrument will reveal hidden layers of geology and help find clues to past environments on Mars, especially those that may have provided the conditions necessary for supporting life.” 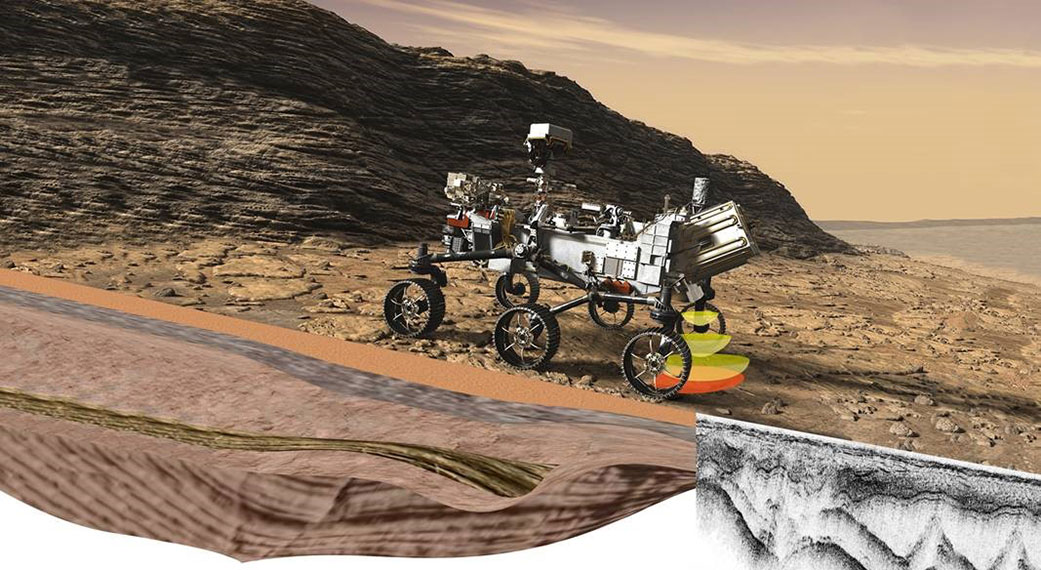 Although the results will be 2D, the expectation is that the data can be processed in layers and with camera imagery to give a 3D model of Mars’ subsurface. Jezero Crater, which will be both Perseverance’s landing site and its area of exploration, is believed to have been formed billions of years ago, when an object collided with Mars. The resulting 28 mile wide crater kicked up rock material from deep in the planet’s crust, in an area that 3.5 billion years ago is believed to have featured a lake and a fan-shaped river data.

That lake could’ve been instrumental in supporting microbial life on Mars, and the hope is that RIMFAX will help find its modern-day remains. The ground-penetrating radar will be used – along with Perseverance’s other instruments – to identify potential chemical, mineral, and textural clues of likely sites. The rover will then take drill-core samples, packaging them up for future missions to Mars to recover and then return to Earth.

RIMFAX may be a first on Mars, but the technology is already used back on Earth. Indeed, it’s the same technology as is implemented to locate utilities underground, to spot signs of buried caverns, and to investigate what makes up glaciers. Developed and built by FFI, the instrument was tested on glaciers by that team, and named in part after Hrímfaxi, the horse of the night in Norse mythology.