Apple, wary of augmented reality’s potential for privacy headaches, is developing an update to its AR system that would allow multiplayer experiences without requiring the cloud, it’s reported. The company is believed to be investing significantly into ARKit, its platform that allows developers to integrate digital graphics into the real world and have them co-exist and even interact, with long-standing rumors of an Apple smartglasses system in the pipeline.

Such a wearable is still some years out, it’s believed, with Apple unlikely to announce anything until 2020 according to most estimates. Until then, Apple’s public focus on augmented reality will concentrate on iPhone. A new version of ARKit is expected to be detailed at WWDC 2018, the company’s annual developer event which kicks off on Monday morning in San Jose, CA.

Previous rumors had already pegged one of the keynote announcements at the event being multiplayer support in ARKit. That will allow more than one person to collaborate in the same augmented reality game or experience, with the software automatically accounting for multiple participants and different perspectives. Rumors have also suggested that Apple plans to add support for persistent digital items, which could be geo-fixed in place and left for other AR users to find later.

According to Reuters, though, Apple’s approach to multiplayer AR will distinguish itself in a significant way from that of other companies working on the technology, particularly Google. The ARKit update will support peer-to-peer multiplayer, it’s reported, with two iPhones or other iOS devices capable of connecting directly to each other and generating the shared AR experience. 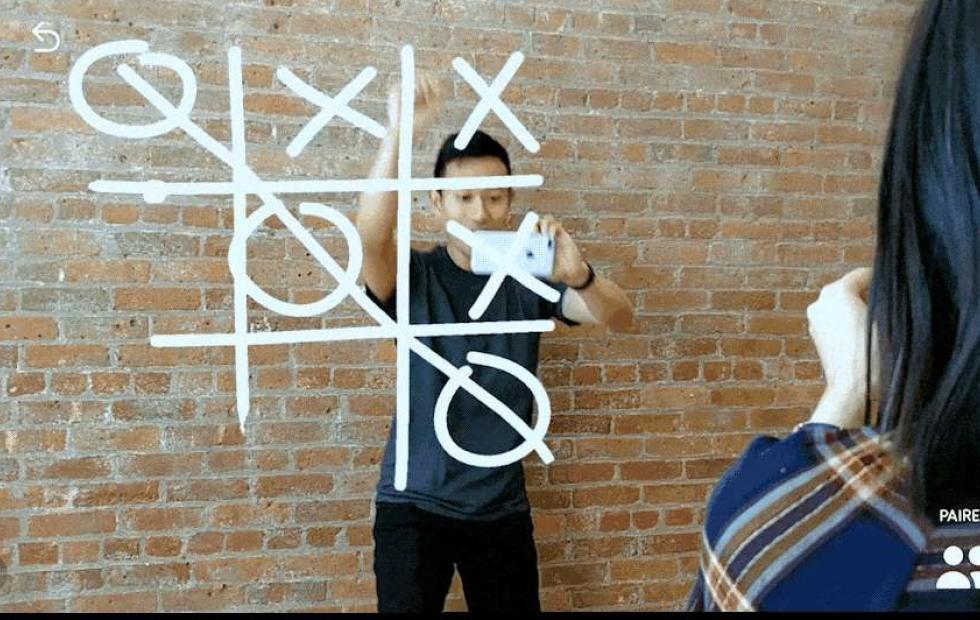 In contrast, Google’s multiplayer AR system – announced at Google I/O just a few weeks ago – makes use of the cloud for both processing and as an intermediary. Google’s Cloud Anchors, which allow shared positioning of AR content in the same physical space, requires an initial scan of the environment to be uploaded to Google’s servers, whereupon it’s processed into a 3D model. Other participants joining the experience add their own, quicker scans, which the Cloud Anchors system uses to figure out the relative positions.

Although Google has said it plans to delete the raw mapping data uploaded after a week, Apple’s system would go even further in the name of privacy. No data upload would apparently be required with its approach. Apple has previously made privacy a tentpole of its pitch for iOS versus Android, pointing to things like on-device facial recognition in its iPhone Photos app versus the cloud-based system the competing Google Photos service relies upon.

Privacy is certainly a hot topic in augmented reality, as devices grow more digitally aware of the topography of the world they exist in. However, while Apple’s cloud-averse pitch has obvious advantages for those concerned about how their data might be used, it also presents a technological challenge. Google Photos may require the power of the cloud to do its image crunching, but it’s also generally viewed as more effective at it than Apple’s Photos app is.

The same issue of capabilities versus privacy assurances may well affect multiplayer ARKit, it’s suggested. It’s unclear whether Apple’s peer-to-peer approach will support more than two people at a time – or, even if it does, how it might handle participants dropping out of the AR game or experience. Any ARKit app using the multiplayer technology would also be reliant on the combined processing power of whatever iPhones or iPads were being used. In contrast, Google would have far greater processing available in its cloud system.

We’re expecting to find out more at the WWDC 2018 opening keynote on Monday morning, though the fundamentals of the system probably won’t be detailed until developer sessions later in the week.