Motorola just confirmed that their brand new smartphone Motorola One Vision will get an “up to date OS” and security updates for three years. In the sub-print, the legal disclaimers for the phone in a public announcement for said phone, they confirmed the following. The phone initially launched on Android 9 Pie this week “and will receive OS upgrades to Android Q and Android R.” Maybe Quesadilla, then Root Beer Float, or Raisin?

The Motorola One Vision was launched this week with a set of specifications that appear – at surface level – to closely follow those of the headline smartphones this season. They’ve got a pair of cameras at their back that are situated to look a lot like the the Huawei P30 Pro. They’ve got a full-screen display (with a hole in the corner for the camera). They’ve focused on a night-shot-like feature.

Inside you’ll find 128GB data storage and a microSD card slot. That card slot supports cards up to 512GB large. On the back of the phone is a pair of cameras: 48 MP (Quad Pixel) with f/1.7 aperture and a 5 MP with f/2.2 aperture, with dual-LED flash. 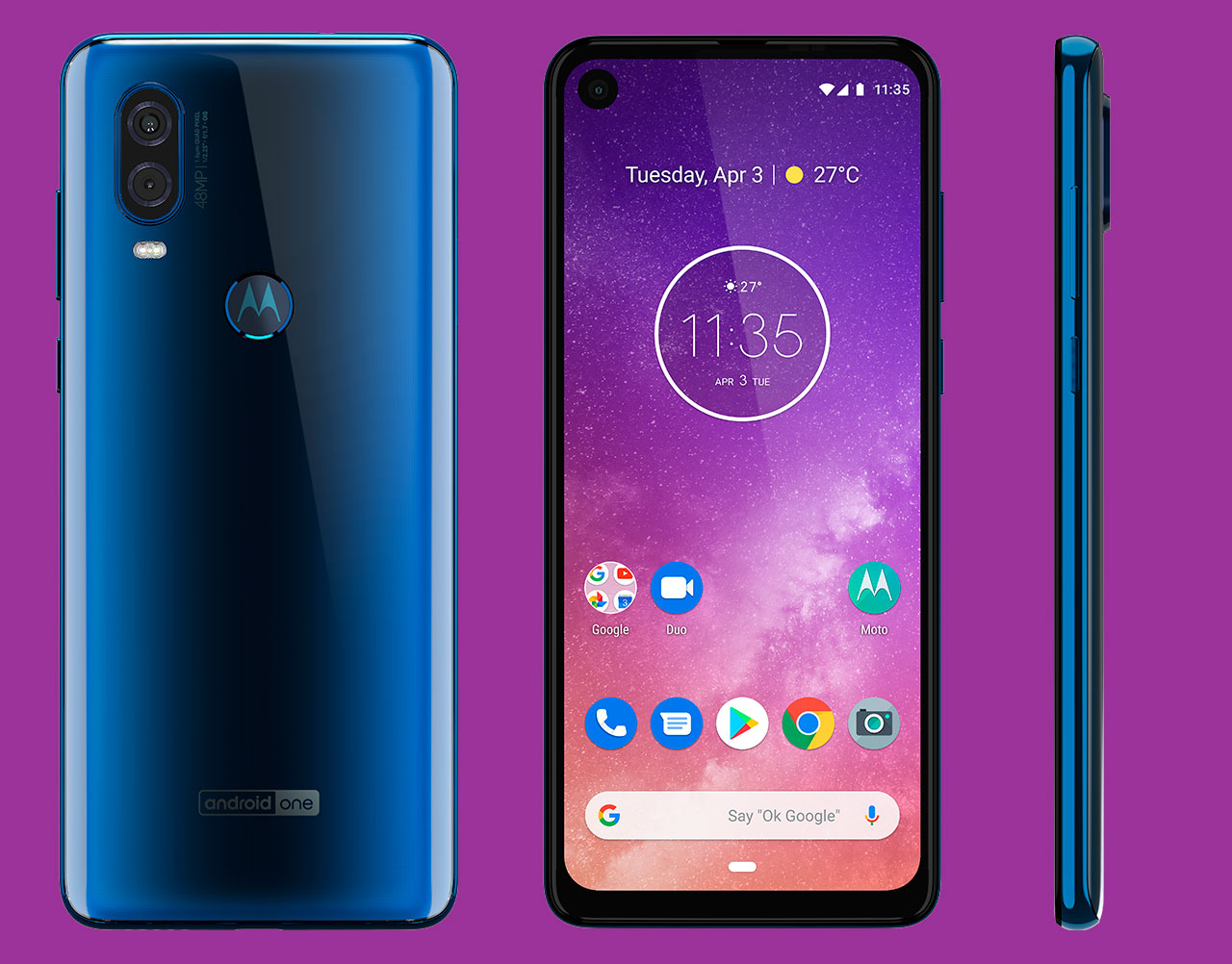 Up front is an also-impressive 25 MP (Quad Pixel) camera with f/2.0 aperture. The display in which this front-facing camera is situated is 6.3-inches diagonally, with a 21:9 aspect ratio. This display fits in FHD resolution – in this case 1080 x 2520 pixels across its face.

There’s NFC inside this unit, and Bluetooth 5.0, but no fingerprint scanner. In this phone there’s also a collection of sensors: Accelerometer, Compass, Proximity, Gyroscope, Ambient Light, and Magnetometer. You get GPS, AGPS, and GLONASS for mapping.

There’s a 3500mAh battery in this machine with the ability to use TurboPower recharge tech. That’s “up to 7 hours battery time” in 15 minutes, just so long as you start with a zero-percent, completely empty battery. There’s a USB-C port in this device as well as a standard 3.5mm headphone audio port.

This device is up for sale first in Brazil. There you’ll pay R $1,999.00 (Brazilian Real), which converts (right this moment) to around $501 USD. This phone comes in Sapphire Blue or Bronze.