The next major Motorola smartphone with Android leaked this week with specifications and imagery of the device both front and back. This device looks very similar to its predecessor up front, with a nearly full-face display and a punch-hole camera. This time the hole is in the center, where with devices like the Motorola Edge+ (from 2020), the punch hole was sent to the left.

Much like its predecessors, this device will be Motorola’s hero phone for the season, bringing top-tier features and hardware to users in select release regions. At the moment, Motorola hasn’t gone so far as to make any major official announcement of the Motorola Edge 20. Instead, we’re looking at a set of leaks that’ve given us a fairly good idea of what we’ll get when this device is revealed by the company in the near future.

The Motorola Edge 20 appeared in images leaked this week by OnLeaks and Pricebaba. According to these images and earlier leaks combined, it would appear clear that this device has a 6.67-inch 2400 x 1080 OLED display. Both the standard Motorola Edge 20 (what we’re seeing here), and the device likely known as Motorola Edge 20 Pro have the same display – or at least a display that’s basically the same size – based on earlier leaks.

It would appear that this device and the slightly more impressive Motorola Edge 20 Pro have nearly identical specifications save the number and arrangement of cameras on the back. 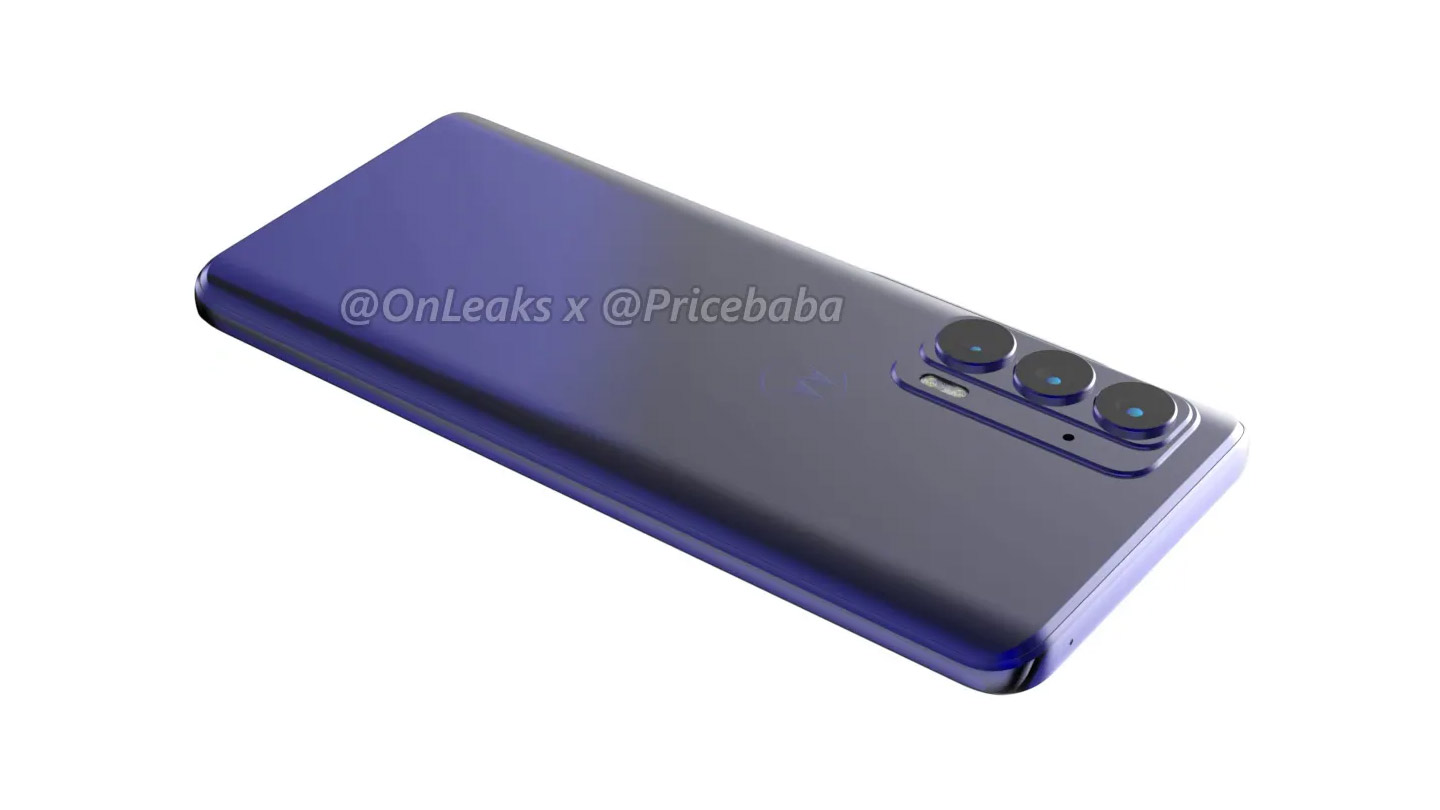 If what we saw with our Motorola Edge+ Review was any indication, this new Edge 20 will be both beautiful and powerful when it’s ready for launch here in the second half of the year 2021. There’s a possibility that the device (or devices) will be limited in their launch region here in the USA to Verizon Wireless – but we shall see!