Lately we’ve been seeing Motorola slowly become more friendly toward those who want their Moto phone’s bootloader unlocked, and the company looks to be continuing that trend with the incoming DROID RAZR M and DROID RAZR HD. Announced today at Motorola’s press event in New York City, both of these new devices will be getting developer editions, and you can sign up to get one right now from Motorola’s website. The developer editions of these phones will come complete with an unlockable bootloader, letting you get in and have some fun tweaking the operating system if you’d like.

Some phones like the Google Nexus devices allow users to easily unlock the bootloader, but this is still a pretty new thing for Motorola. We’ve seen other companies like HTC and ASUS go this route, so it isn’t much of a surprise to see Motorola do the same. Naturally, unlocking the bootloader will void your warranty, but we’re thinking that developers won’t mind that little caveat as much as the typical consumer would. 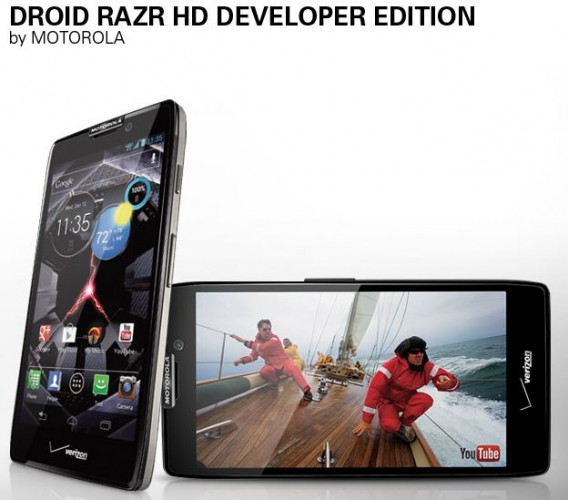