Morphing DIY robot looks like a Portal ‘bot for real

Don’t look now if scuttling robots send shivers of dread down your spine: engineer Kåre Halvorsen is bringing the sort of transforming ‘bot tech you’d expect to see in CGI movies to life, with his new hexapod. The spherical robot, dubbed MorpHex MKII, actually is a double-hexapod, with effectively two sets of legs paired back to back, and integrated into individual sections of the translucent outer shell so that it can both roll around and walk.

The result is a surprising degree of freedom of movement, with MorpHex MKII able to roll down hills at speed as well as walk around over trickier terrain. 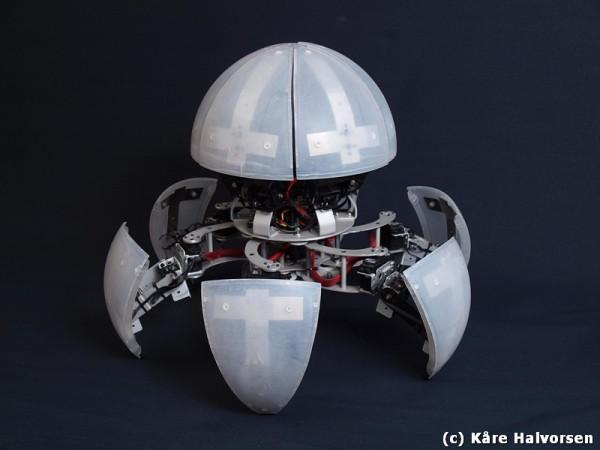 Control is – perhaps mercifully – all from a R/C car-style remote, rather than autonomous. Halvorsen says that the overall weight means that at times you drive it more like a tank, using the separate halves as treads.

It also, frankly, looks great, particularly when the sections “flower” open and reveal the fact that it can walk. 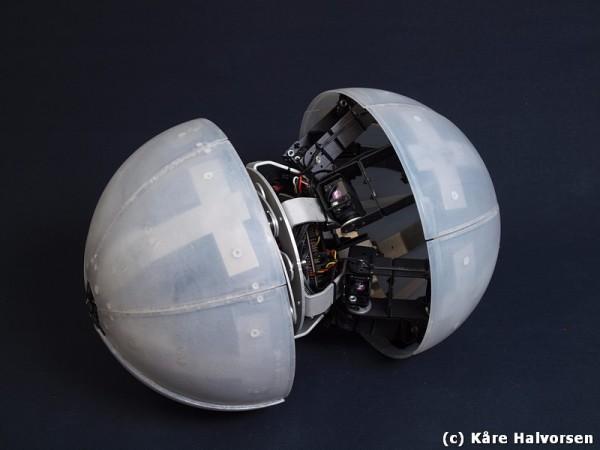 There’s still work to be done: on his second try-out with MorpHex MKII outside, one of the servos broke down, for instance, and the code still needs refinement. However, we’re hoping it spawns a Kickstarter of some sort, because we can see the robot being popular with hobbyists; that is, unless Google comes calling first.