Splash out $10k+ on an Apple Watch Edition and the gold-plated wearable’s box doubles as a charging dock; the rest of us have to look elsewhere. Mophie waded in with its Watch Dock back in April, a $60 stand promising to elevate your wrist jewelry with the same sort of style that Apple might reserve for its own hardware. Having squeezed its aluminum and leather foot onto the cable-madness that is my desk, though, does Mophie’s dock fit the bill?

I can’t fault Mophie’s design, the Watch Dock being a slender-necked cradle on which the Apple Watch perches. It’s primarily brushed aluminum, with the square base and the angled mount itself both topped with a layer of black leather. A rubber cable-tidy channel runs up the inner edge of the arm, which stands around 4.6-inches tall. 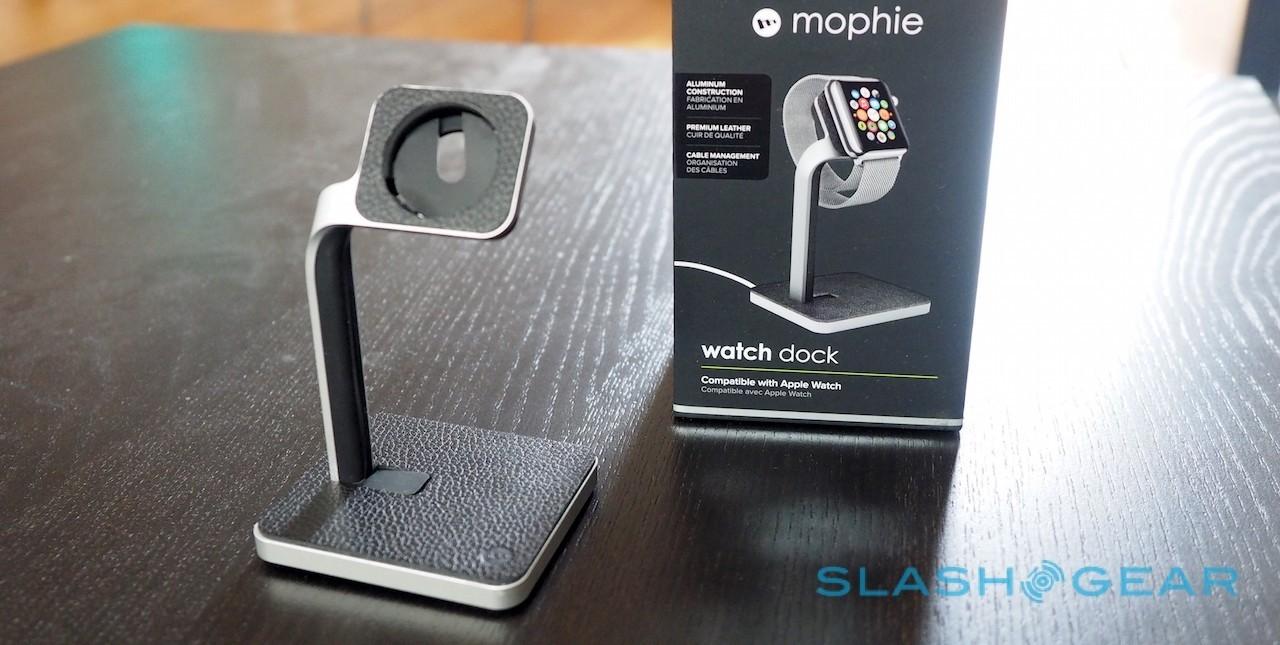 The primary disappointment is that $59.95 doesn’t get you an actual charging cable. Like other Apple Watch docks we’ve seen, Mophie doesn’t bundle the magnetic charger the smartwatch requires – you need to use the one which came with your watch, or buy a second at $29 for the 1m cable – and since Apple isn’t licensing out the inductive element the Watch Dock can’t build it in natively.

Instead, you first remove the rubber bung nestled into the base and then thread the USB plug in through the hole at the top. A firm press with your thumb nudges the cable into the channel, which continues on the rubber underside of the base. Replace the bung, and you could be forgiven for thinking the charger was entirely integrated. 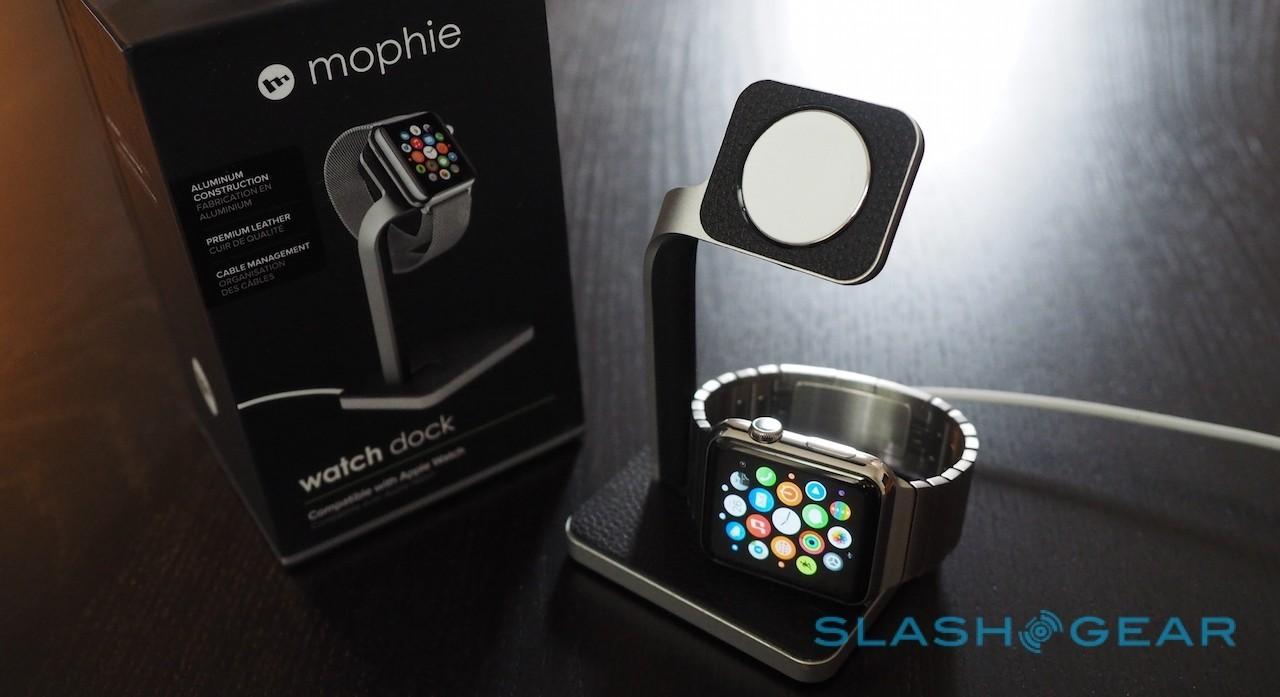 Then it’s just a matter of draping your Apple Watch over the top and letting the magnet hold it in place. The grip is firm enough that I didn’t worry about it falling off, even with the hefty Link Bracelet weighing it down.

Nor was I concerned about scratches, since leather cushions each point that the wearable makes contact. 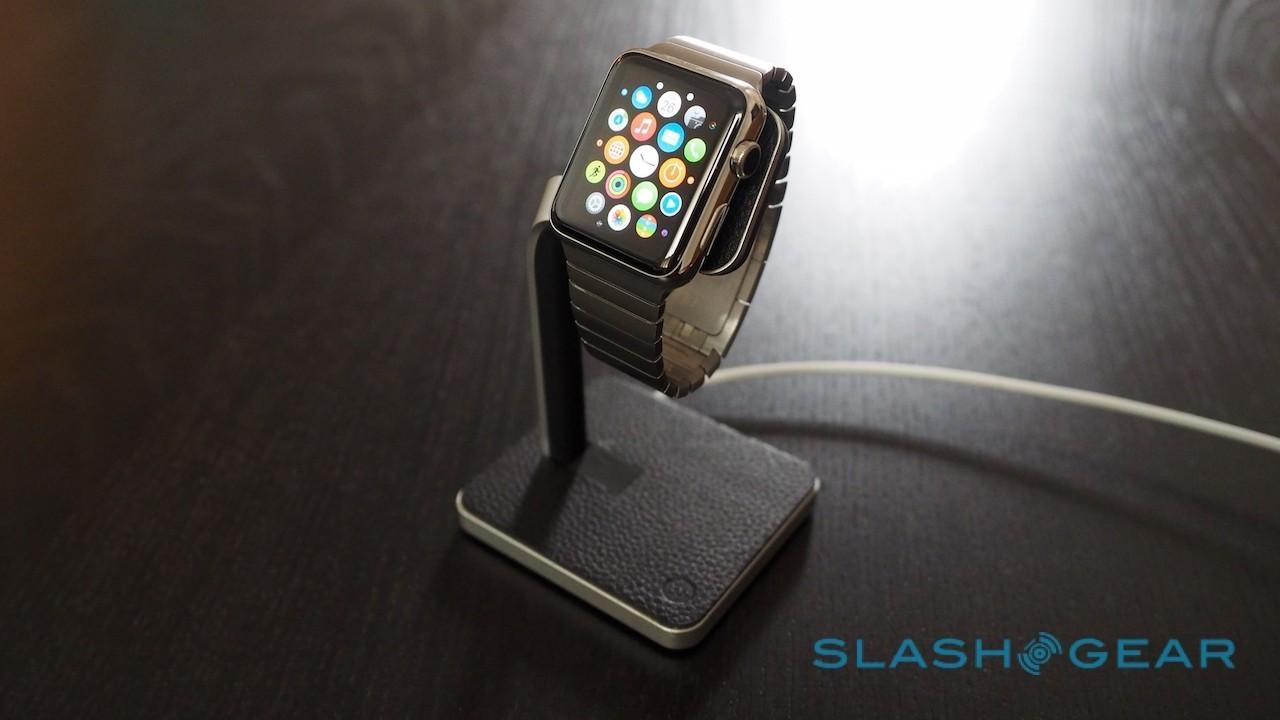 Once docked, you can tap at the Watch without the whole thing sliding around, though I found that it would periodically guess that it wasn’t on my wrist and thus lock. The rubber base is sufficiently grippy to handle occasional taps, though the whole thing toppled back when I tried to Force Touch the display.

Whether you think an Apple Watch dock is necessary or extravagant probably comes down to whether you think the wearable itself is a piece of jewelry or a peripheral. Until now, I’ve been content to simply rest the Watch on my desk on its side, and have the charger poke out from the back; all the same, I’ve been wary of allowing anything else too close to it, given that polished stainless steel can be merciless in showing up scratches.

$60 is a not-inconsiderable price to pay, too, especially when you consider that you either need to buy a second cable, plan on taking the Watch Dock with you whenever you travel, too, or extract the USB cord each and every time you go away. There are cheaper options as well, with accessory makers already weighing in at the $20 mark. 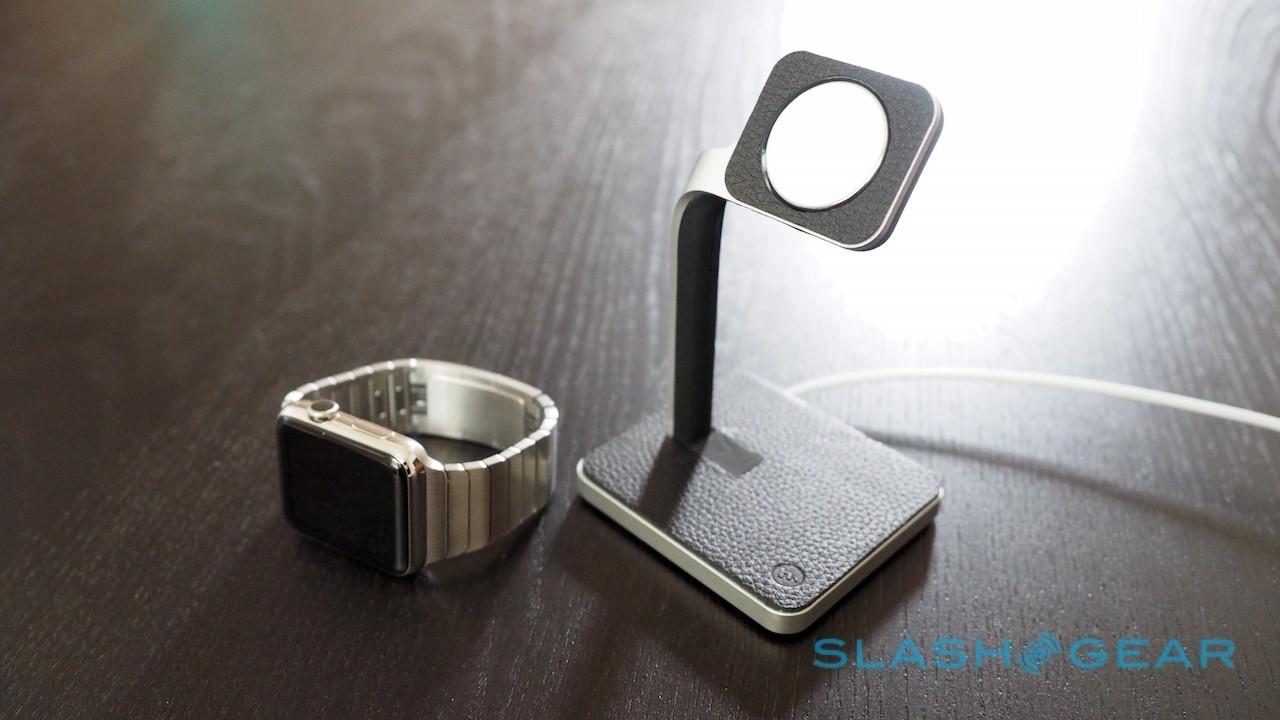 Mophie’s considered construction and premium materials do give it an edge, and I like its height which keeps Apple Watch neatly elevated off the chaos of my desk. Whether it’s the Mophie Watch Dock which coddles your wearable will come down to what value you place on style. 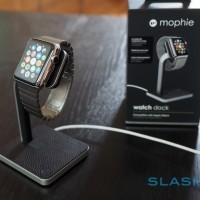 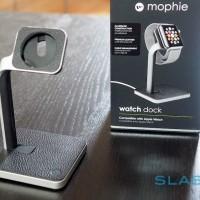 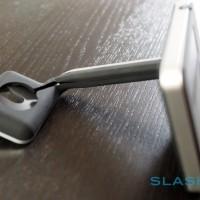 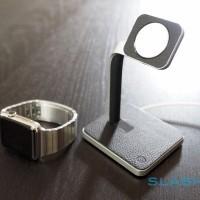 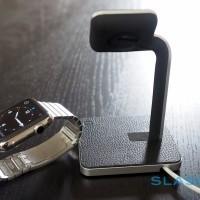 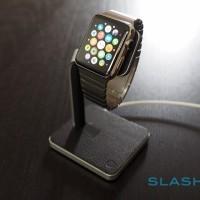 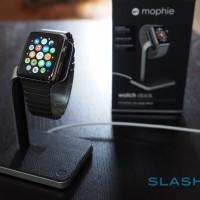 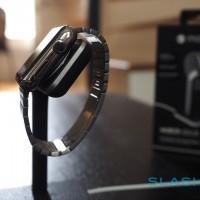 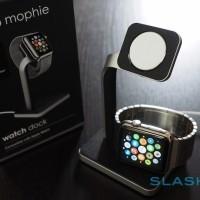