Molekule purifier promises clean air Tesla would be jealous of

Here’s something shocking that you might not realize, just try not to gasp when I tell you: the air in your home or office can be up to five times as polluted than the air outside. Chemicals off-gassed from product manufacture, smog from cars and trucks, and bacteria and viruses all get trapped inside; ironically, better insulation means 21st century buildings are doing a fantastic job at keeping us surrounded by those pollutants whenever we’re indoors.

Startup Molekule believes it has the answer, and it’s all about a smarter filter.

Since the 1940s, the gold standard for air filtration has been HEPA – high-efficiency particulate arrestance – though few people know why it was developed. Part of the Manhattan Project, the American government’s research into the atomic bomb, HEPA filters were designed to stop airborne radioactive contaminants from spreading. 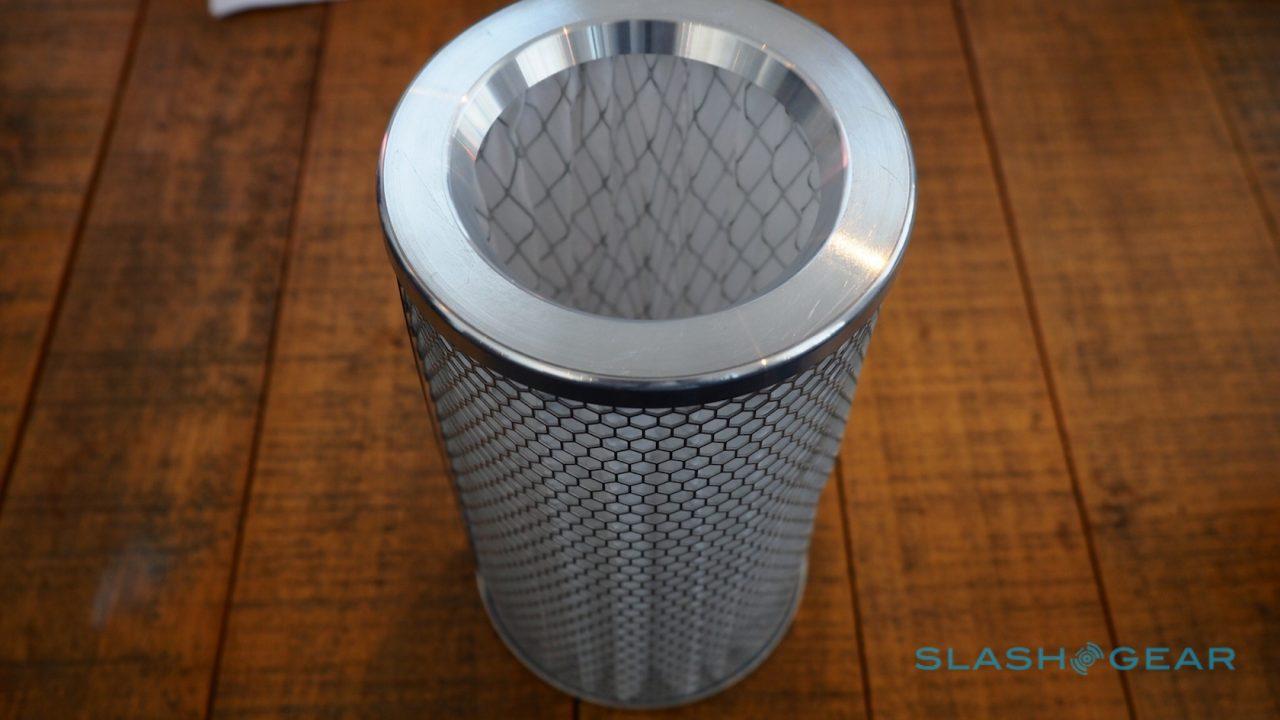 They work by lacing together a tightly-packed lattice of fibers which catch those tiny particulates, and are found in everything from hospital HVAC systems, through to vacuum cleaners and even the “bioweapon defense mode” in recent Tesla cars.

Problem is, the team behind Molekule argue, the nature of the pollutants we’re dealing with today – and which can cause so many allergies and asthma attacks – is very different from what HEPA filters were designed to catch. All too often, they say, those pollutants are actually mold and bacteria, and even if they’re caught by a HEPA filter then they’re still alive to reproduce.

Worst case scenario: your household HVAC filter is actually one big petri dish that you’re sucking air through to distribute to every room. 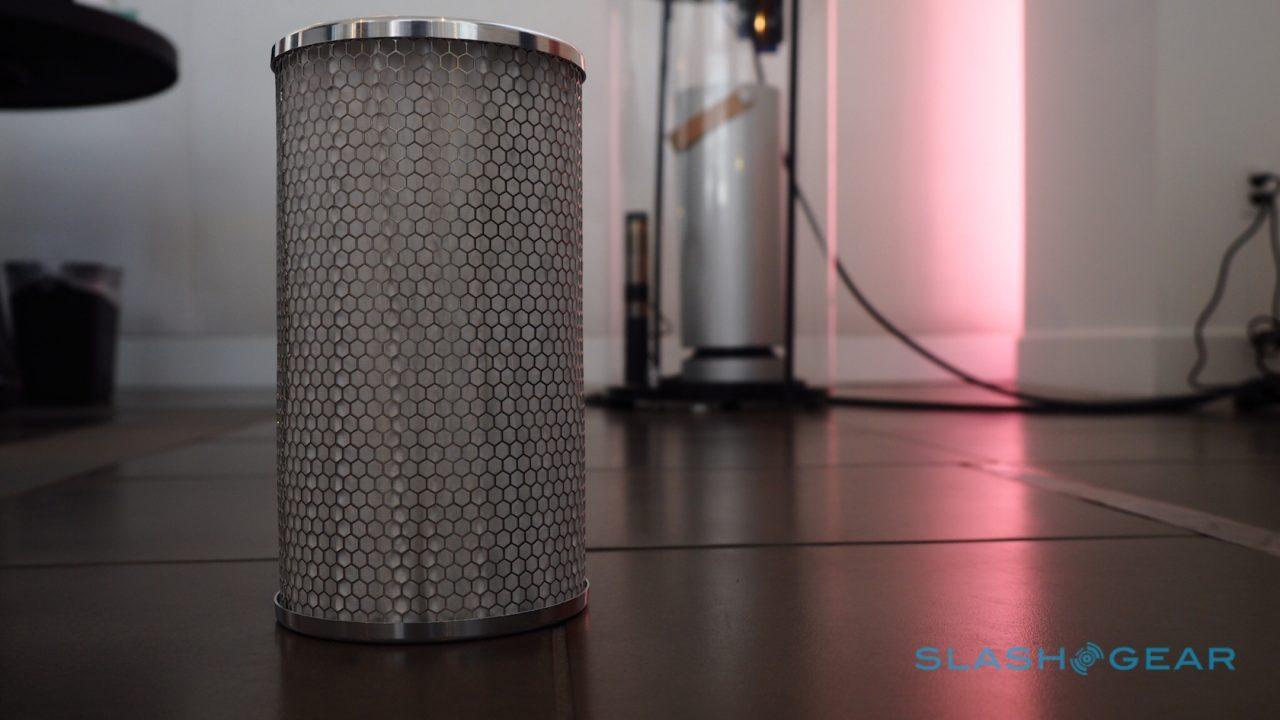 Molekule’s promise is to destroy not waylay. Inside the company’s cylindrical air purification system is a similarly-cylindrical filter that’s coated with a special catalyst. Pollutants are caught on it and then, in a reaction triggered by light – it’s been dubbed “Photo Electrochemical Oxidation” or PECO – a chemical reaction breaks them down into their constituent components.

That way, so Molekule says, allergens, bacteria, viruses, mold, and VOCs – volatile organic compounds – can effectively be dismantled into the core building blocks of carbon dioxide, nitrogen, and such. Not only are the pollutants themselves destroyed, but the endotoxins they’re coated with – and which would linger even when bacteria die – are destroyed too. 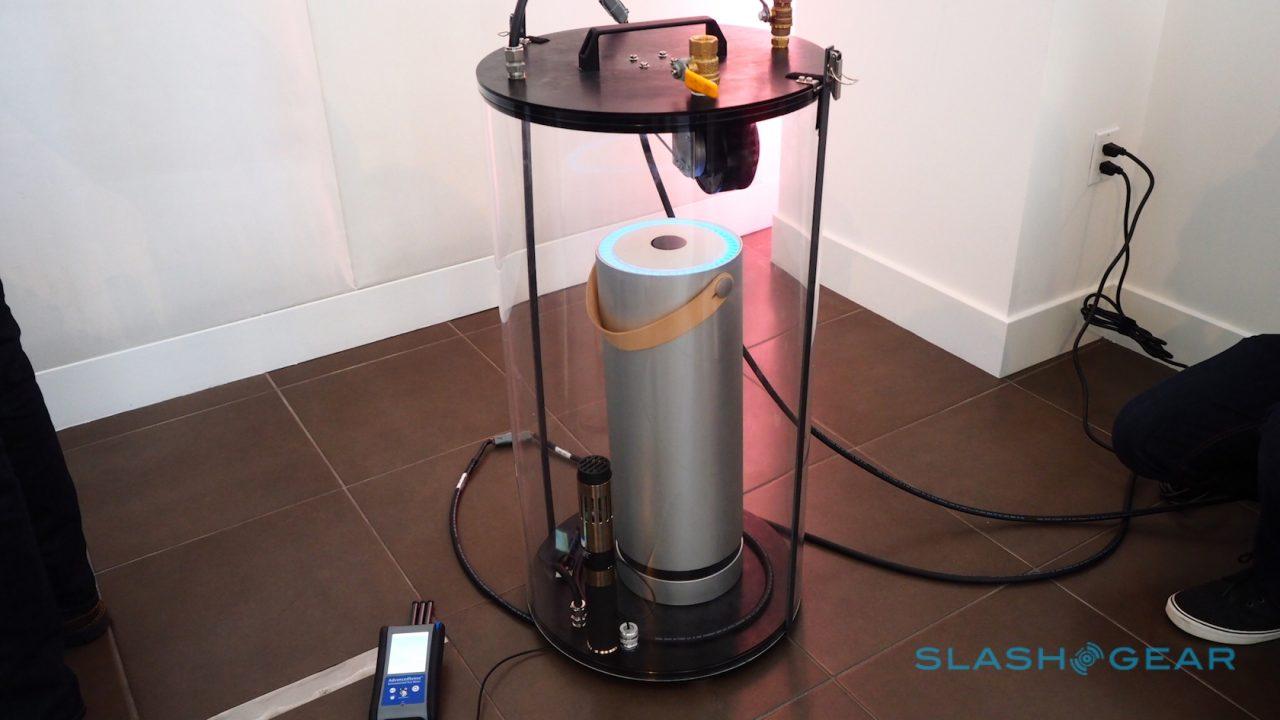 It sounds, frankly, pretty magical, and so the Molekule team promised me a demonstration to prove that it could work. Locking the air purifier in a sealed glass chamber, they introduced pure toluene – a VOC found in paint and solvents, and one of the trickier “aromatic hydrocarbons” to remove since HEPA filters won’t catch it – and then turned the system on.

Molekule’s promise is to clean and recirculate the air in a 600 square foot room every 60 minutes, though most rooms probably don’t have a huge injection of lab-grade VOCs dropped in them suddenly. After running for about two hours, the concentration had dropped from a peak of more than 1,200 parts-per-billion to around half that. 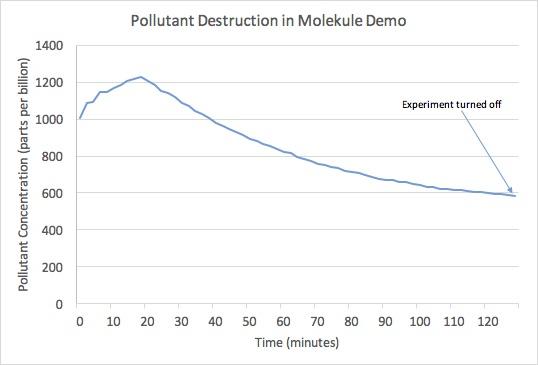 I’m no scientist, unfortunately, but Molekule tells me that it’s open to scrutiny. White papers and various test results will be available on the company’s site, for those smarter than I to sift through, though it’s been enough to convince the Environmental Protection Agency (EPA), which has partially funded Molekule’s development.

As for the purifier itself, that looks more like a Bang & Olufsen-esque speaker than it does a filter, something the startup says is intentional: not only are you more likely to use it if it’s attractive, the 360-degree air intake means that even if you push it into a corner, it’ll still be effective. The leather strap allows it to be easily carried from room to room – it weighs about 15 pounds – and it’s designed to be left turned on all the time, consuming roughly the same amount of power as an incandescent light bulb. 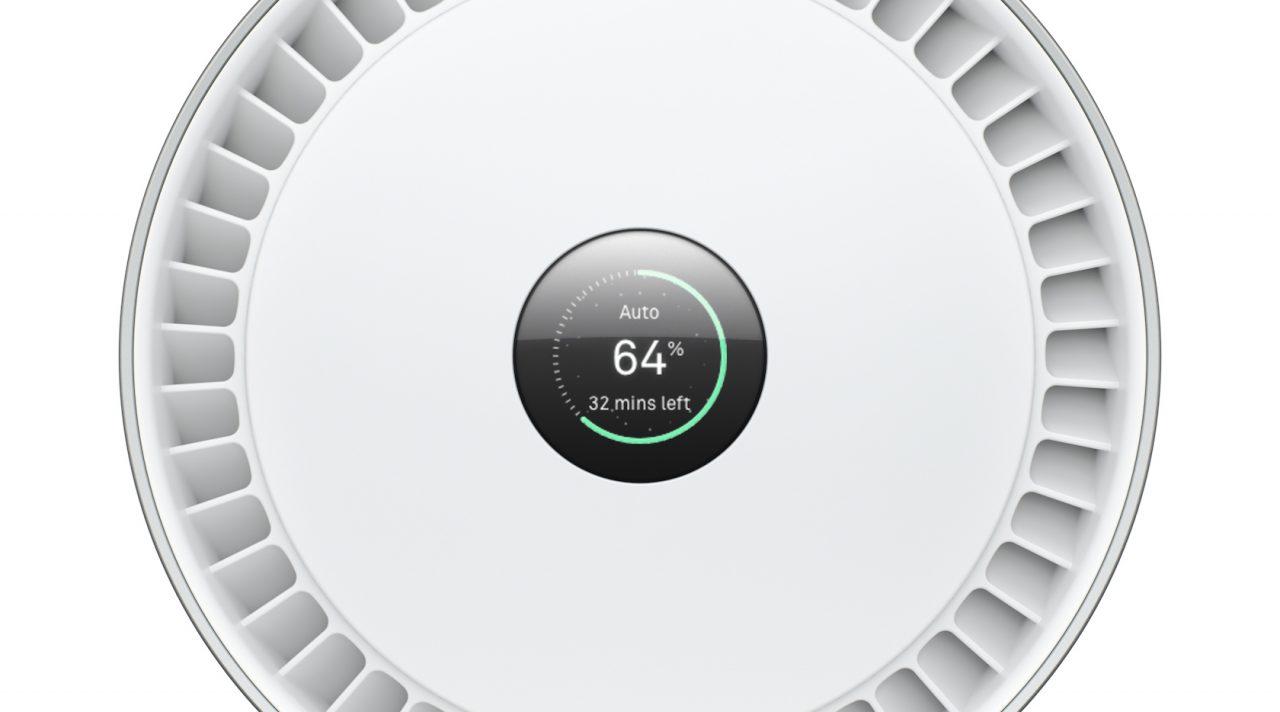 Controls are minimal, with a small circular touchscreen on the top. Alternatively, it can hook up via WiFi and Bluetooth LE to your smart home and smartphone, one use of which is flagging up when the filter itself needs changing. That’s based on ongoing effectiveness rather than just a countdown of time; Molekule will provide them on a subscription basis, automatically shipping out as many as your filtering needs require for $99 a year.

Over time, meanwhile, the company hopes to make the whole thing smarter, hooking up to other connected devices to be more efficient at when to operate, as well as evolving its algorithms to suit the home it’s being used in. 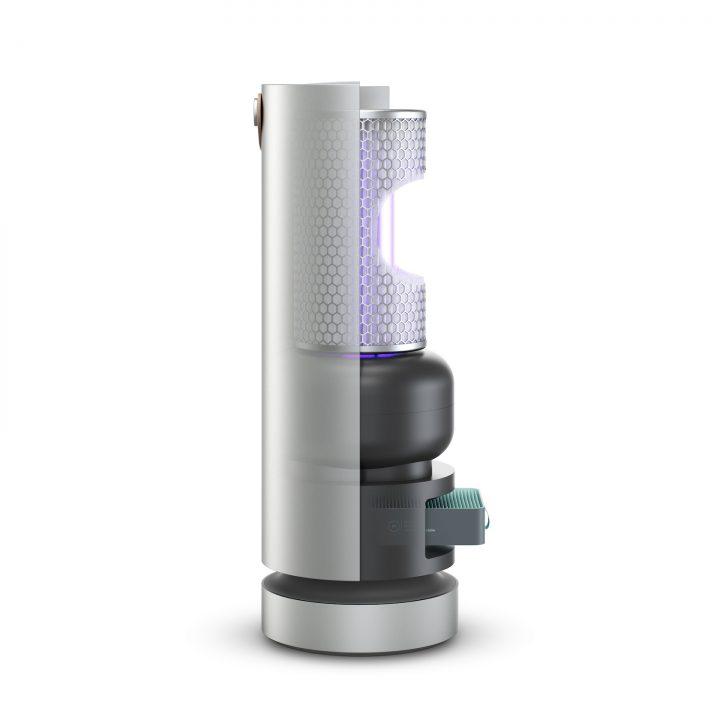 There’s more in the pipeline than just a single home purifier, too. The technology could readily fit into a smaller form-factor, for instance – picture a Molekule unit small enough to fit in your suitcase for use in a hotel room – or scale to different environments, such as the cabin of a plane or a car. 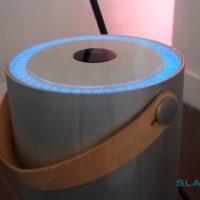 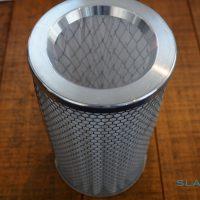 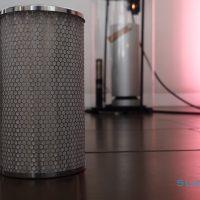 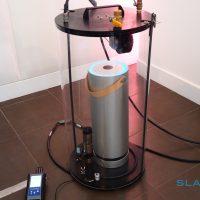 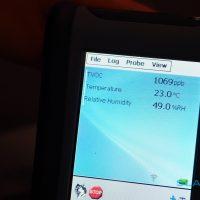 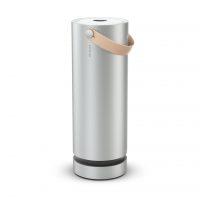 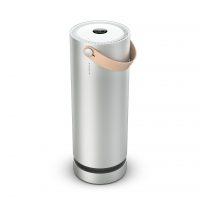 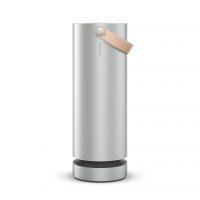 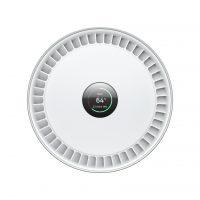 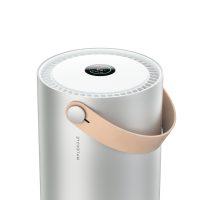 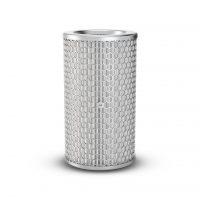 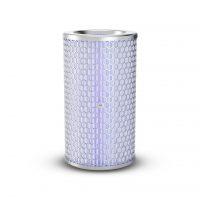 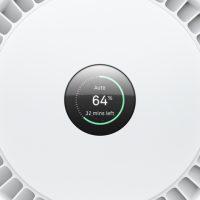 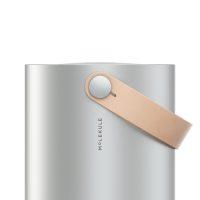 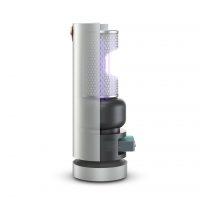