Earlier today it was reported that Apple was found guilty of infringing on a set of three patents owned by the group known as MobileMedia. These patents have been revealed as dealing with the display of call options on a smart device screen, a method of determining the worth of an incoming call, and another dealing with a camera on a smart device. Each of these patents being found infringed upon by Apple has made MobileMedia Chief Executive Officer Larry Horn “very pleased”, his post-session interview with Bloomberg letting the world know that MobileMedia “feels [the ruling is] justified” on all counts.

Reported as the case was going on this morning, we had some insight on what the possible outcome could be with a report listing several patent infringement allegations that were indeed taking place in the case. Now the final verdict has been revealed and the claims have been listed. The Jury Verdict was handed down and scanned in by The Verge, this document revealing the following three patents to have been the culprits in this case.

Patent US 6,070,068 – Inventor: Fukuharu Sudo – Original Assignee Sony Corporation Includes the ability to control call options for multiple calls and also covers the ability to display call options on a screen – this includes everything from your ignore button to the call button and back again.

Patent US 6,253,075 – Inventors: Justin Beghtol, Kenneth Mar – Original Assignee: Nokia Mobile Phones Ltd. For deciding whether or not an incoming call should be ignored or rejected – the ignore button on your device is covered under this basically one way or another.

Patent US 6,427,078 – Inventors: Kari-Pekka Wilska, Reijo Paajanen, Mikko Terho, Jari Hamalainen – Original Assignee: Nokia Mobile Phones Ltd. For a mobile phone with a camera that works with a processor and a display as well as a user input and optics for collecting images. This system is also able to transmit the collected image information with a radio frequency channel – like magic! 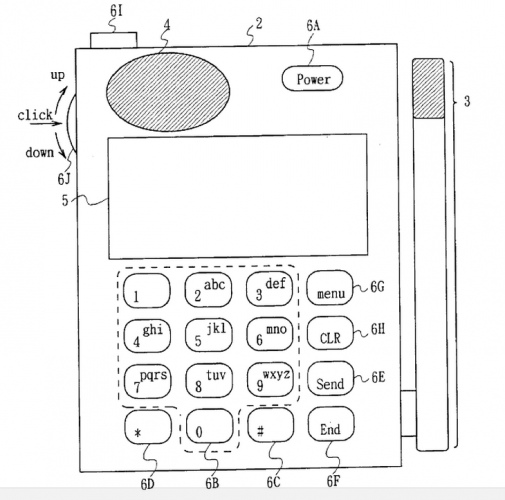 We’ve yet to hear word from either party outside of the short Bloomberg blurb made by the MobileMedia CEO, but we expect some rather pointed sentences to be coming from at least one side or the other in the very near future. Stay tuned to see how this unfolds – and if anyone will be liable for monetary compensation.