MINI has revealed its newest concept, and the MINI Vision Urbanaut takes the brand about as far from its heritage styling as we’ve seen since BMW acquired it back in 2000. Unveiled as part of BMW NEXTGen – which also saw the new BMW iX electric SUV shown off for the first time last week – the MINI concept is an exploration of how electrification and autonomous driving could help shape new vehicle interiors.

It’s not, to be fair, a new consideration among concept cars. Many automakers have rolled out futuristic visions that promise to sketch the next evolution of the car cabin, when traditional controls and drivetrain intrusions are no longer a consideration. 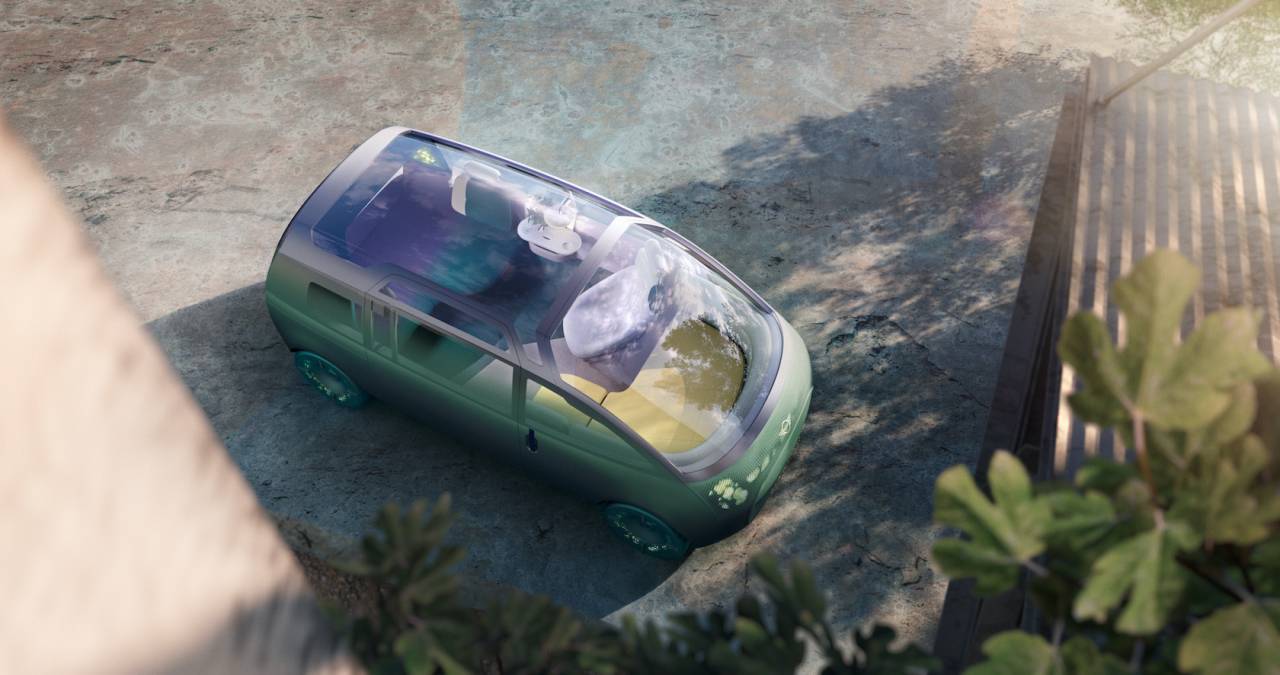 Like many of those, the MINI Vision Urbanaut is a blimp-like little pod, the exterior shape and dimensions being led by what MINI’s designers wanted to do inside. It’s taller than the automaker’s production cars but fairly short at around 14.5 feet. Like the original Mini took advantage of a breakthrough in compact gas engine design for its diminutive size, the MINI Vision Urbanaut taps electrification’s new packaging. 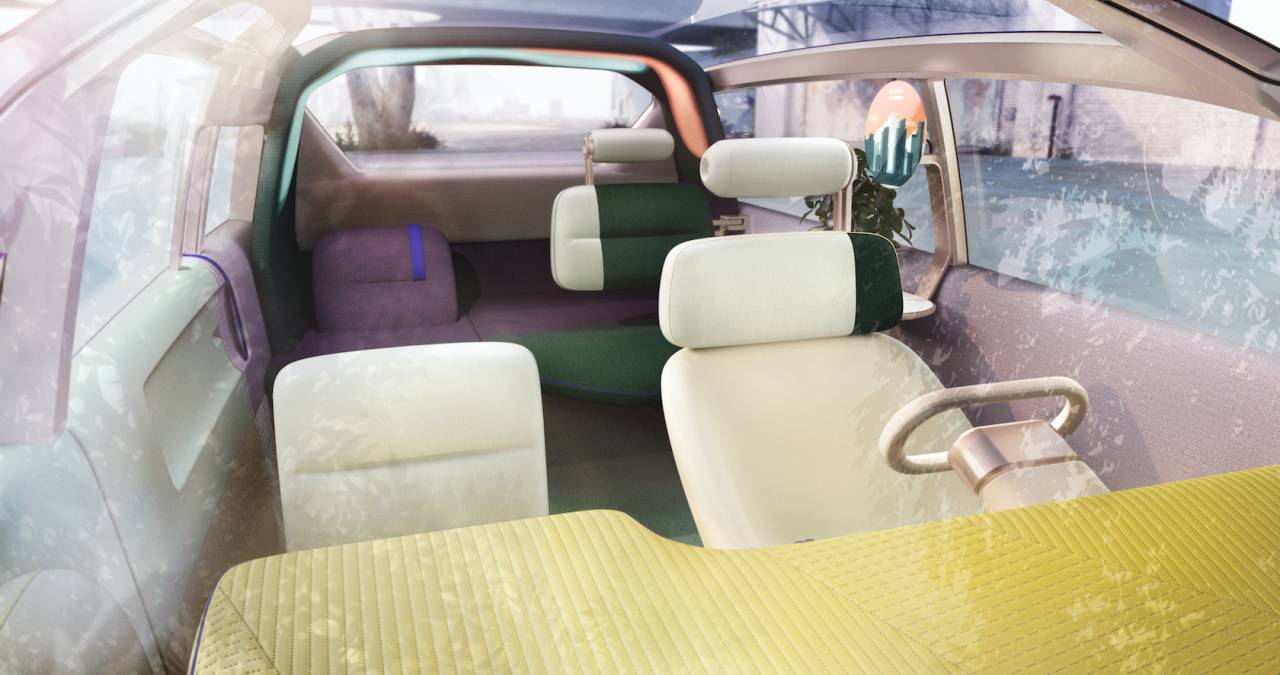 Since all of that can be hidden away under the flat floor of the cabin, the whole interior is opened up to new designs. There’s a large sliding door on the side for easy entrance, with a four seat layout inside. The front seats rotate around to make it more like a lounge area – and indeed MINI envisages the concept car being used as a portable room, part of the destination as much as the way to reach it – while the rear seat either folds or rotates. That way, they can be combined into a daybed area. 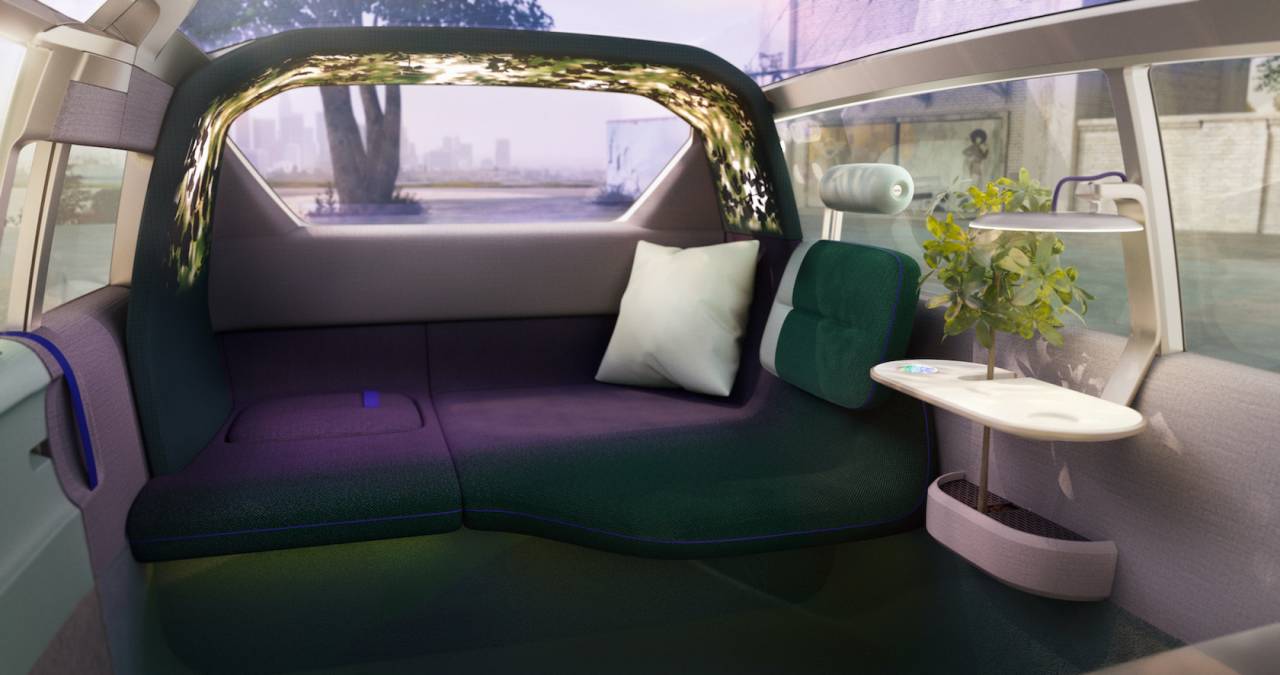 The windshield is designed to lift up, when the car is parked, to make what MINI describers as a “Street Balcony”; LED backlit panels include controls, while a worry-stone sized MINI Token is a way to load user presets. That can include the three preconfigured “MINI moments” of Chill, Wanderlust, and Vibe when placed in the appropriate slots, each with different lighting, music, fragrance, and other settings. 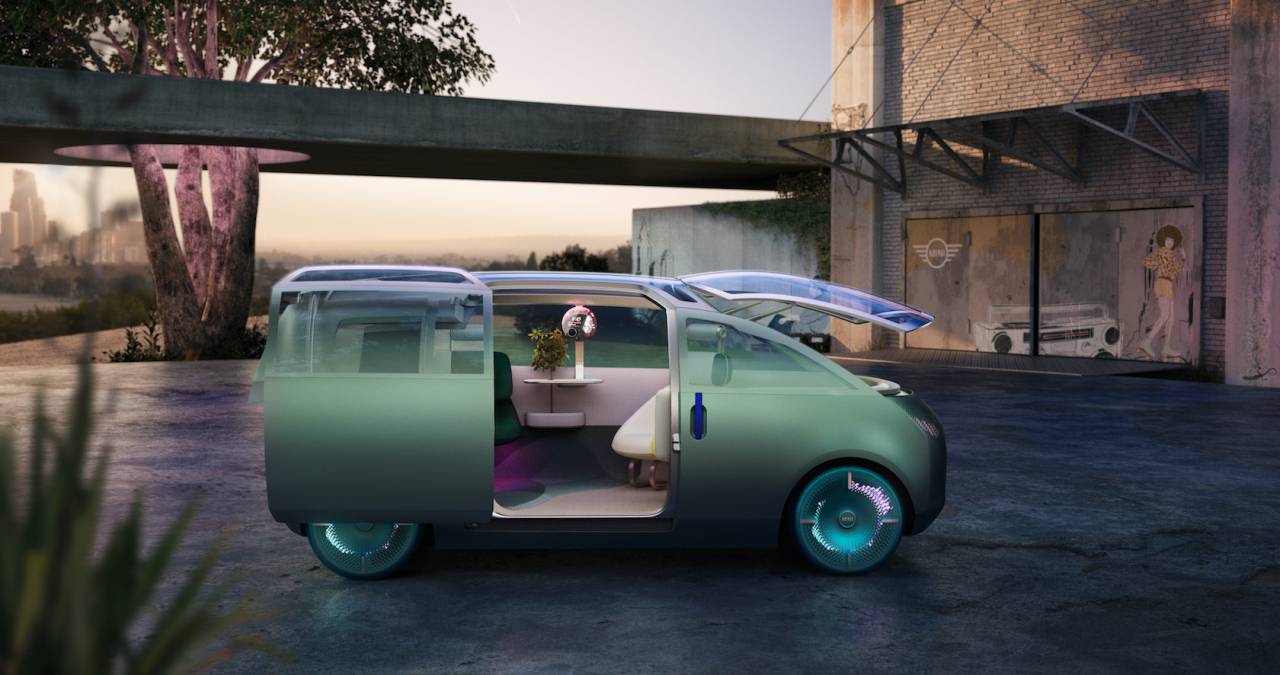 Outside, meanwhile, there’s an evolved interpretation of the MINI grille and headlamps. The milled aluminum fascia is octagonal, and includes all the front sensors for autonomous driving. The headlamps are only visible when switched on, glowing through slotted openings; the rear lights, meanwhile, are hidden behind aluminum covers, and are multicolor dynamic matrix panels. 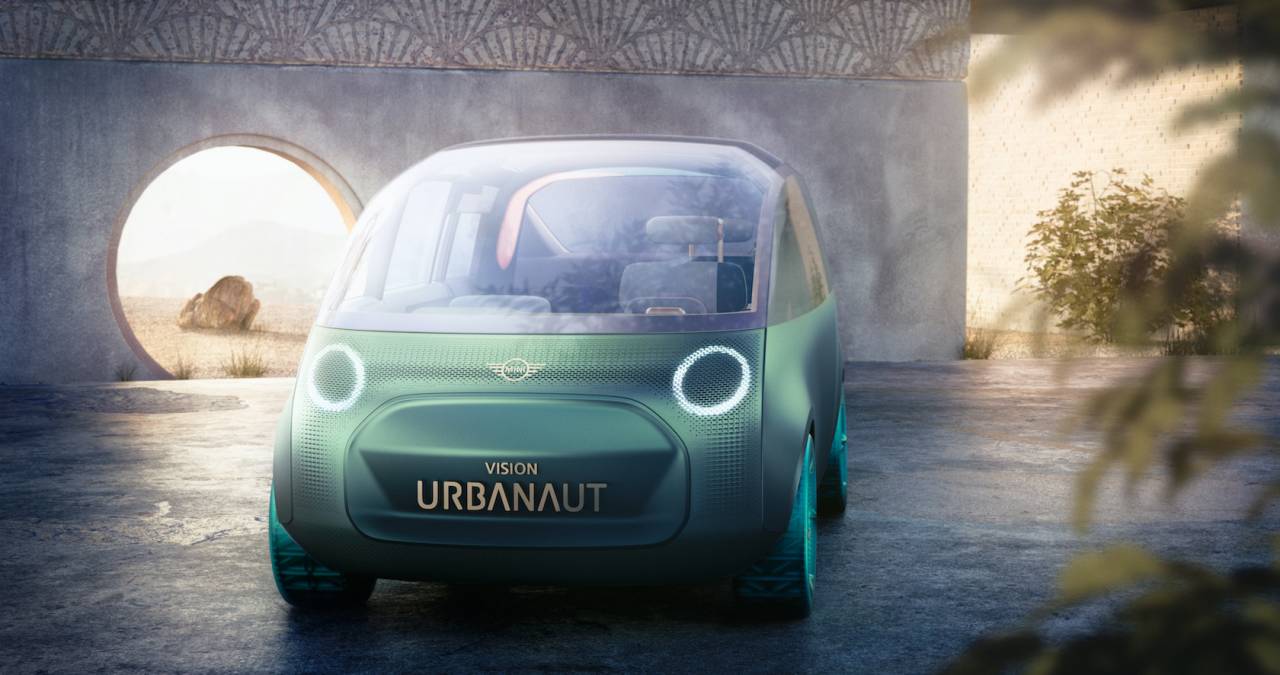 A gradient paint-job changes from metallic green to grey, with blue hints, while the windows are also given the ombre treatment. Ocean Wave turquoise blue wheels have an abstract Union Jack profile and a skateboard-esque design; they can also change color according to the MINI moment selected. 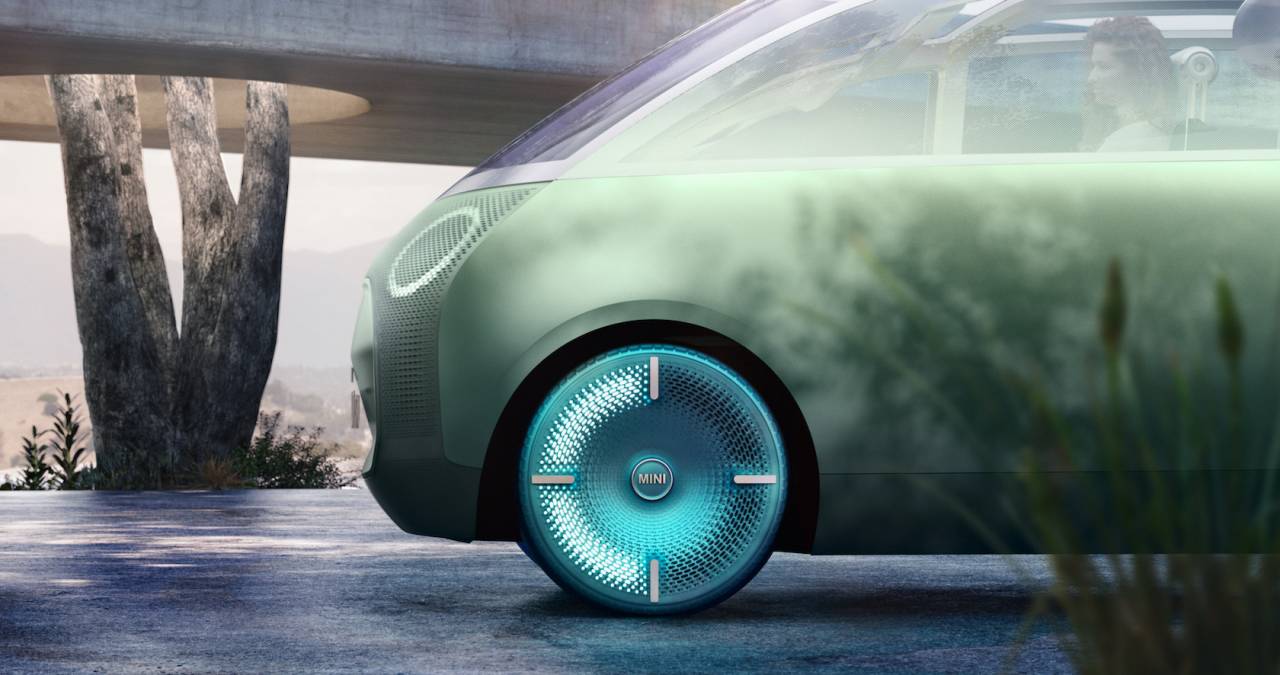 As for driving, while there are manual controls – a simple steering wheel and pedals – they can retract when the MINI Vision Urbanaut it in autonomous mode. Trips can be planned using a retractable driver display, with other graphics communicated through projections and animations. A personal journey planner could use suggestions from the MINI Community, the automaker says, as well as personalized POIs. 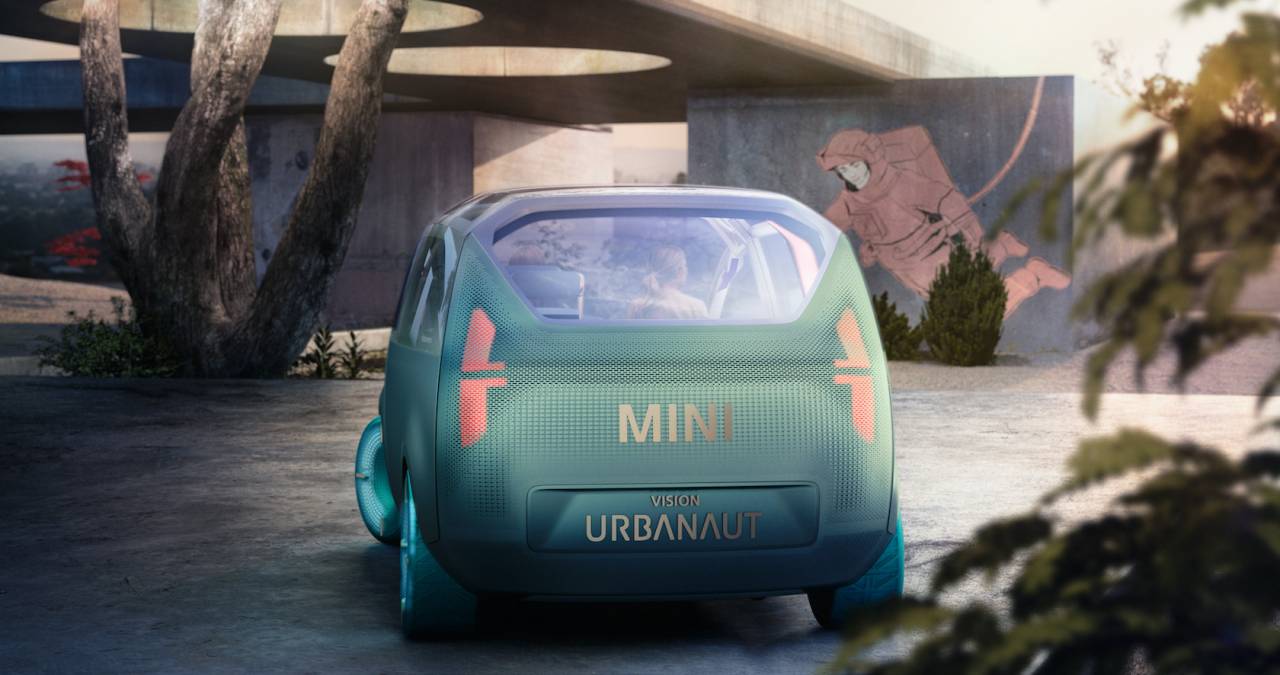 For the moment, MINI only has one production EV in its line-up, and it’s not talking about any plans to take the MINI Vision Urbanaut from concept to retail. Nonetheless, the idea of a compact electric “MINI Microbus” is an intriguing one, and with VW planning to reboot its classic Microbus on top of the all-electric MEB platform in the next few years, that wouldn’t necessarily be a bad idea.