It’s official. The Mini Electric Pacesetter inspired by JCW is debuting as the new safety car for the ABB FIA Formula E World Championship series. It will debut at the Rome E-Prix on April 10, 2021, at Race 3 of the 2021 Formula E season. Continuing upon the storied racing history of the John Cooper Works (JCW) name, this Mini Electric Pacesetter is a harbinger of the brand’s electric future. 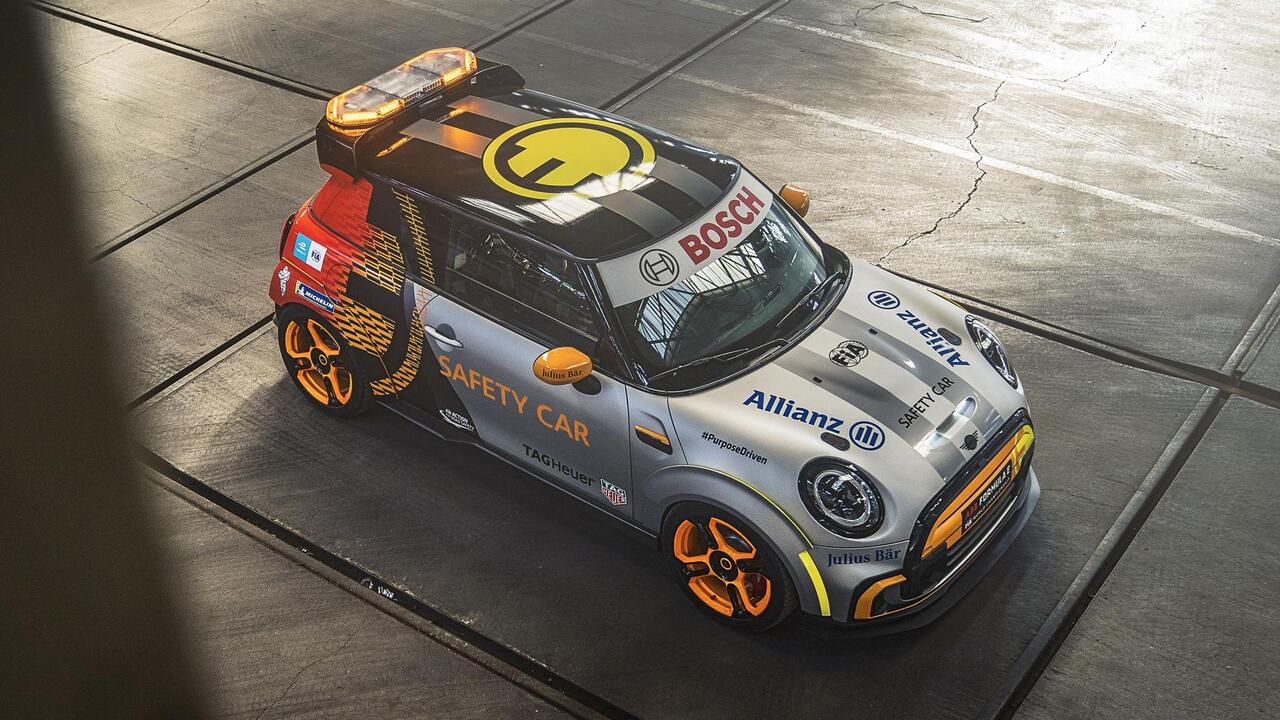 Based on a production Cooper SE electric vehicle, Mini’s brightly-decked Formula E safety car is the product of a collaboration between BMW Motorsport, Formula E, and the FIA. As such, it has the same 32.6 kWh battery and electric motor as a standard Cooper SE. The difference is weight: Mini Electric Pacesetter weighs 287 pounds (130 kg) less than the roadgoing model, tipping the scales at only 2712 pounds (1,230 kg). 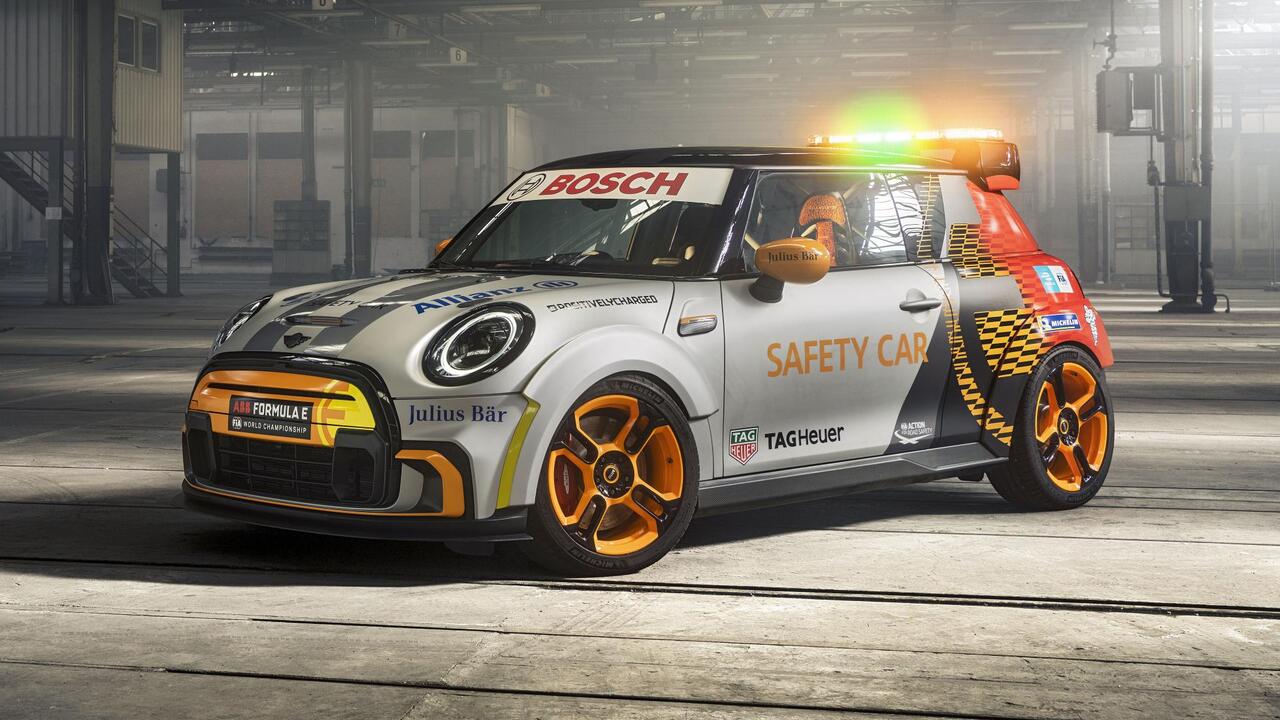 Granted, it’s still a lot of weight for a small electric car, but it’s enough to give Mini Electric Pacesetter more punch than a standard Cooper SE. It still has 184 horsepower and 206 pound-feet of torque to play with, but it now rushes to 60 mph from a dead stop in 6.7-seconds, more than half a second faster than Copper SE. 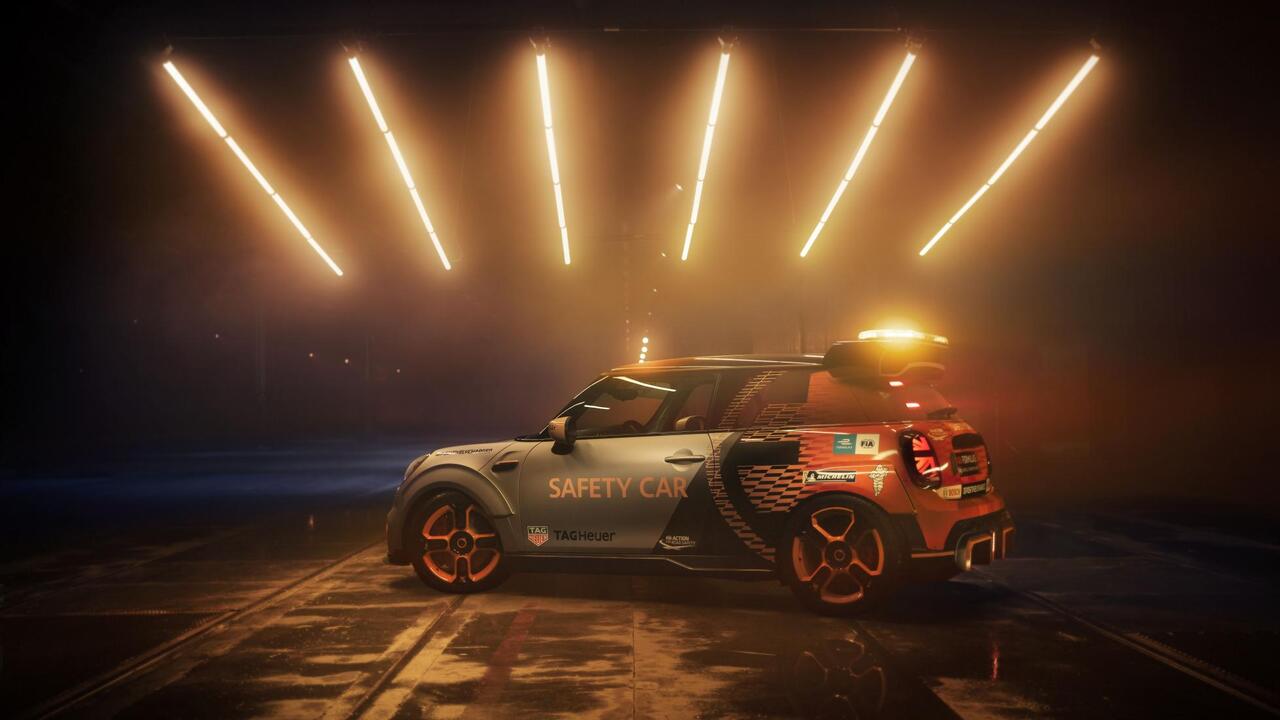 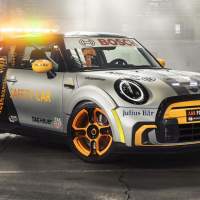 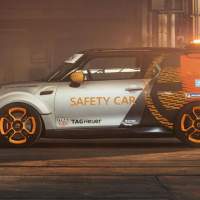 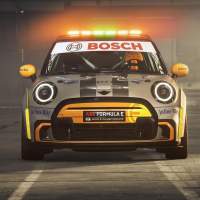 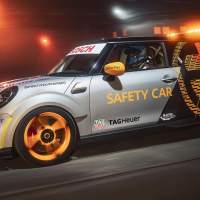 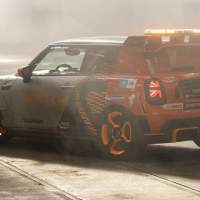 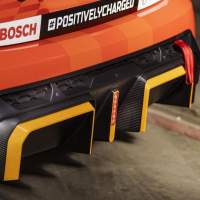 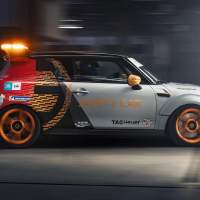 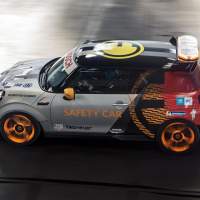 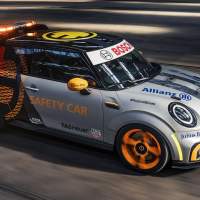 As expected from an official FIA safety car, the Mini Electric Pacesetter has all the lights, exterior appendages, liveries, and bold colors we all love. The matt silver paint has contrasting hues of Highspeed Orange and Curbside Red. It also has a 3D-printed roof-mounted rear wing from recycled carbon-fiber. 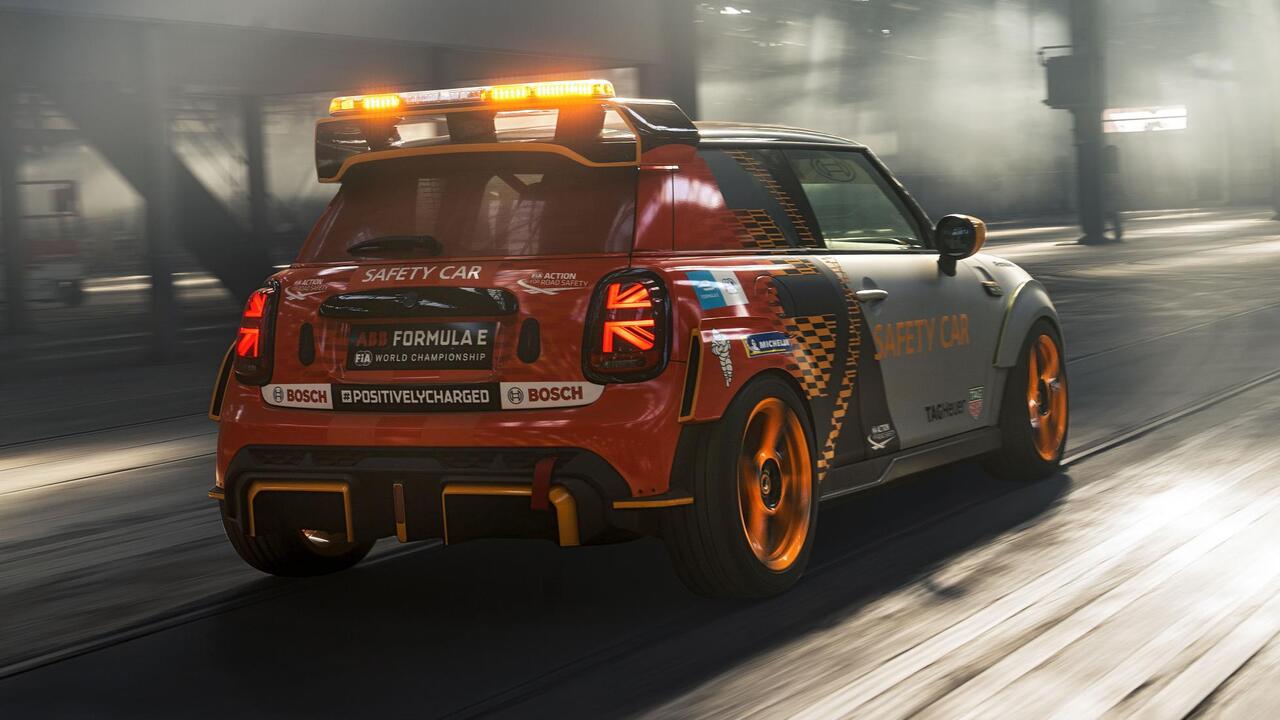 Inside, Mini Electric Pacesetter is as bare as a racing car, although it has a digital instrument cluster, a six-point racing harness, and a welded roll cage. “For me, the message is clear: electrification and John Copper Works are a good fit,” concludes Bernd Körber. It seems the electrification of JCW is well underway, Mini fans.