Minecraft update to add a copper, glow ink, and a goat!

This month the Minecraft Caves & Cliffs update (part 1) will deliver some game-changing additions to the game. This update will add the long-awaited glow squid (with glow ink), a couple of new creatures (axolotl and goat), and a set of new blocks: amethyst, dripleaf, and copper. This update also adds a new craftable tool: Spyglass, and a new “lightning rod.”

Part 1 of the Minecraft Caves & Cliffs update adds a new item called Spyglass. With this item, the user will be able to “see far into the distance.” The new item “lightning rod” emits a redstone signal when struck by lightning.

There’ll be a new metal in the mix – copper. This should fit its way into the world of metals rather easily. Better than rock, not quite as great as steel. Copper will begin to appear in the depths of every new world you create, alongside the just-as-new blocks amethyst (shiny and pretty) and dripleaves.

New creatures include the goat, glow squid, and the axolotis. The axolotl is a water creature (along with the glow squid), and will be confined to the water as such. The axolotl is also known as the “Mexican Walking Fish” – it’s fierce! It’ll attack some creatures, including drowned! 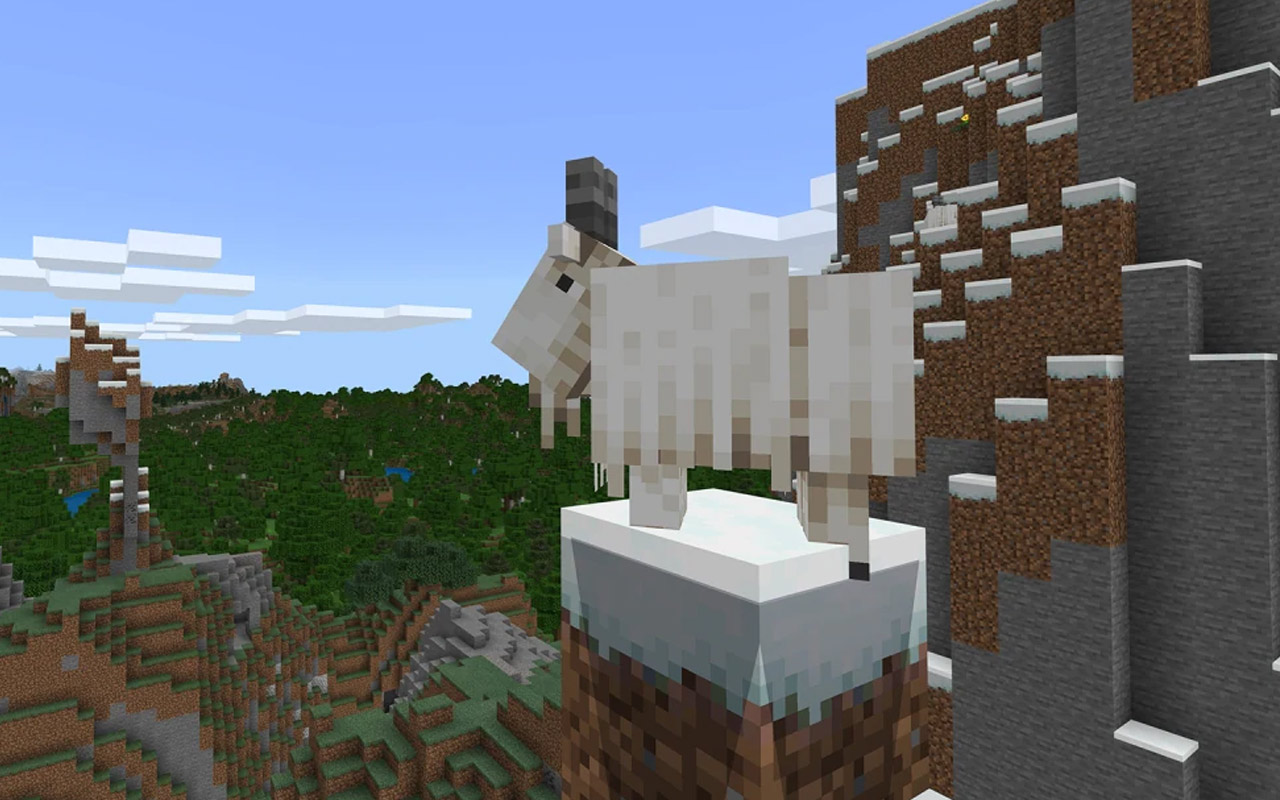 Take a peek at our recent feature on glow squid to see what this previously limited, now widespread creature is good for. You’ll want that ink, that ink glows!

The goat is the most awesome addition to the game – as far as creatures go. They’re pretty much peaceful, they look beautiful, and they’re able to issue a monstrous headbutt! Make sure you don’t go hitting any goats on accident – they’ll come running!