Several potential candidates for Microsoft CEO bowed out over concerns about how vocal and intrusive Bill Gates and Steve Ballmer would be, sources close to the selection process say, with final selection Satya Nadella supposedly clinching the deal in part because of how close he wanted Gates to be, not how distant. That Microsoft had only had, until this week, two chief executives in its history – both of whom had notoriously strong personalities – had supposedly dissuaded possible external candidates like Ford CEO Alan Mulally.

Mulally – among others – was particualrly concerned about what the WSJ describes as “awkward boardroom dynamics” where Gates and Ballmer might second-guess the decisions of the new CEO.

That was compounded, it’s suggested, by the board deciding relatively early in the process that no single set of skills possessed by a CEO would be sufficient to run Microsoft and ease it into its new position in the market. “The choice would have to be a compromise” it’s said, since no candidate could offer everything; getting input from the previous chief executives would be inevitable. 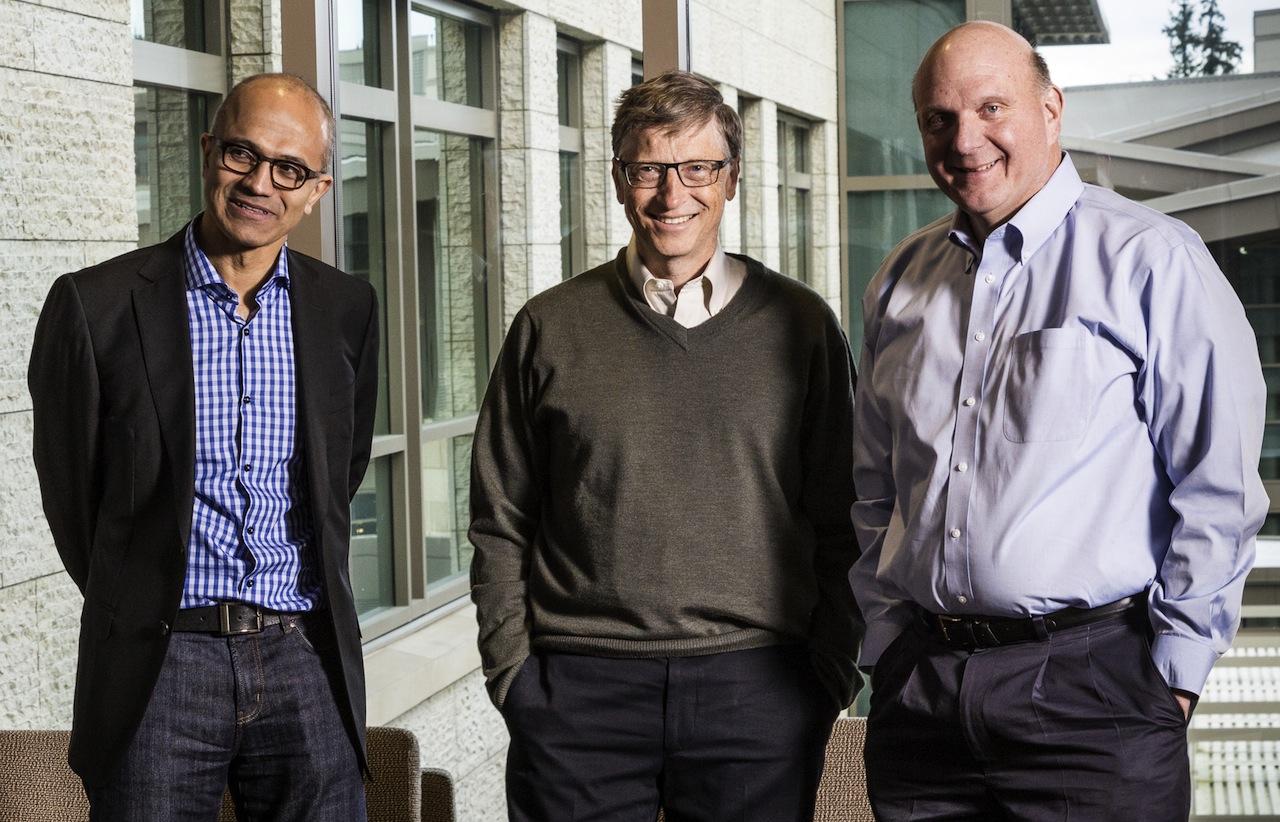 What made Satya Nadella a strong choice, sources say, is that rather than being concerned about his forebears, he in fact welcomed them. “Satya has enough self-awareness about Gates’ brilliance that he may not worry about being overshadowed” one insider familiar with the new CEO commented.

In fact, Nadella is said to have been a vocal supporter of the idea of Gates stepping down as chairman and instead taking on the role of his technological adviser. That met with a positive response from the board, with a source saying “the combination of skills is something the board [wanted].”

Nadella’s approach to running Microsoft is expected to be cloud first and hardware second, with his markedly different attitude to management compared to Steve Ballmer seen as being more palatable to investors and staff.