Satya Nadella wears hoodies. He understands the rules of cricket. More importantly, the newly-named Microsoft CEO understands hardware, something Steve Ballmer has struggled to convince the company, its board and investors, and indeed its OEM partners and customers, that he does over the course of his tenure. “I want us to be able to take our focus and innovation forward” Nadella said of his aims at the company where he’s already spent 22 of his 46 years.

Steve Ballmer was always a contentious choice for CEO. In replacing Bill Gates, he came under fire equally from those on the business side for failing to capitalize on new product segments quickly enough, and from the hardware side for demanding a “sound” business plan for every new proposal. The result, critics were swift to suggest, was a company out-maneuvered by Apple and Google, and seen as passé by the industry and consumers.

Ballmer’s background in math and economics was, some argued, the obvious issue: Microsoft’s second CEO was rooted in business, not in technology. That shouldn’t be a problem with Nadella, with his degree in electrical engineering and masters degree in computer science, finally topping both off with an MBA. 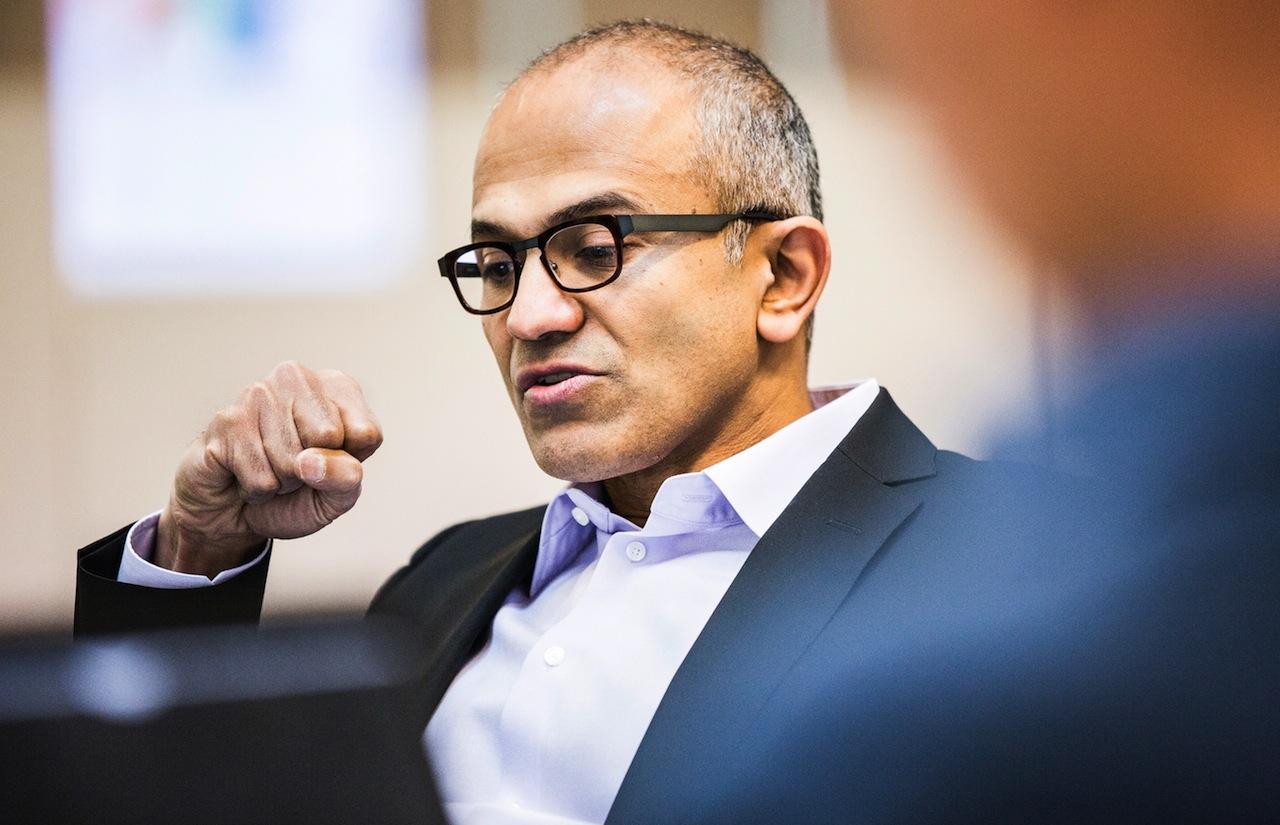 Since then, he’s worked himself into some of Microsoft’s key cloud-centric divisions, ending up EVP of Cloud and Enterprise, and helping push the company’s software revolution as it evolves apps from desktop to the cloud. That’s included Office 365 on the consumer side – with the surprise news that Microsoft plans to support rival platforms like Apple’s iPad – along with Azure and Windows Server 2012 on the enterprise side.

For Nadella, the future is highly portable and intrinsically virtualized. “Going forward, it’s a mobile-first, cloud-first world” he said in his first interview (given internally to Microsoft; you can watch it below). “In other words, everything is becoming digital and software driven, so I think of the opportunities as being unbounded, and we need to pick the unique contribution that we want to make.”

How that focus will affect Microsoft’s existing groups, like Xbox, Windows Phone, and others, remains to be seen. The company most recently acquired Nokia’s smartphone business as well as announcing strong holiday sales for Xbox One, but Nadella’s early talk is primarily of how software will shape the world.

“I believe over the next decade computing will become even more ubiquitous and intelligence will become ambient” he suggests. “The coevolution of software and new hardware form factors will intermediate and digitize — many of the things we do and experience in business, life and our world. This will be made possible by an ever-growing network of connected devices, incredible computing capacity from the cloud, insights from big data, and intelligence from machine learning.”

The new CEO’s software-powered world may err more on the side of services in Microsoft’s ongoing “Devices & Services” strategy, then, though that’s not to say he’ll quickly rid himself of hardware. Instead, however, it looks like hardware will only ever be the physical shell in which the company’s software focus resides: the hardware of Lumia phones, for instance, playing second-fiddle to Microsoft pushing Windows Phone, in a similar way to how Google uses its Nexus range to straddle the consumer market and reference designs for hardware partners. 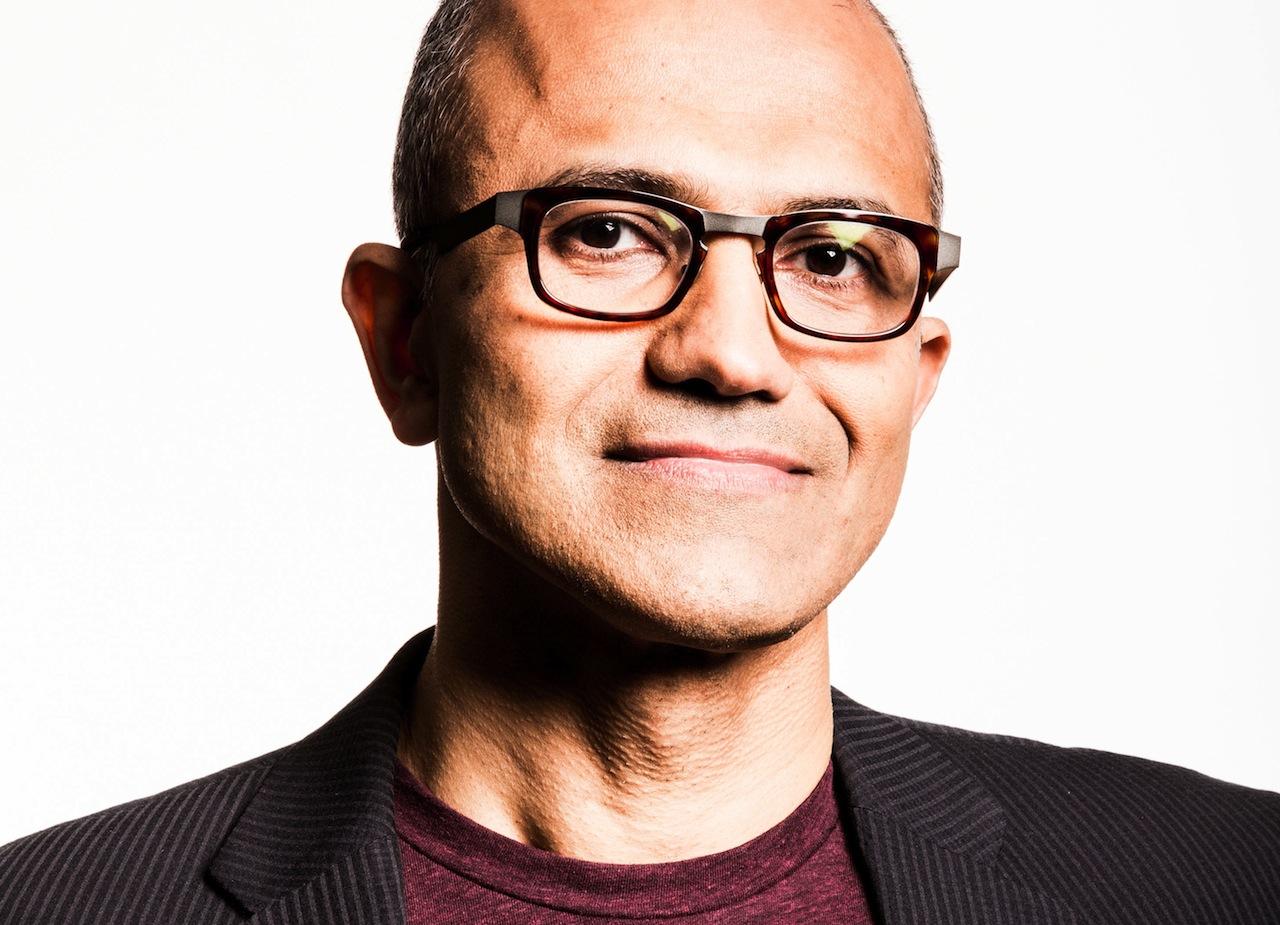 It’s the earliest of early days for Nadella, and his impact on Microsoft’s business and the direction it evolves in is unlikely to become clear for some time. Compared to the chair-throwing, tongue-pulling Ballmer, though, he’s already being seen as a more balanced lead in Microsoft’s uncertain times, quick to espouse a more measured approach.

“I want every one of us to find more meaning at work,” Nadella said, “we spend far too much time at work for it not to have deep meaning.”