Ground Zeroes is either madness or brilliance. After I completed the first base mission, and credits began to roll, I sat baffled for several minutes. I’d heard what this game was all about, and understood that it wasn’t going to be delivered with a traditional format, but did I just complete the entire game in under 2 hours? As it turns out, it’s not that simple.

The version of Metal Gear Solid V: Ground Zeroes we’ve looked at first is the PlayStation 4 iteration. All screenshots with the SlashGear logo above and below, as well as SlashGear-tagged video spots were captured on the PlayStation 4. Any additional insights on differences in platforms are and will continue to be noted in future updates.

Hideo Kojima and the team at Kojima Productions are creating a game in an environment which is extremely well known and loved around the world. They’ve sown for years, and until the next Metal Gear Solid game comes out, they’ll continue to sow.

The reaping happens now, with the demonstration and introduction to the next title. This game is called Metal Gear Solid V: Ground Zeroes, and it’s not a traditional title.

Ground Zeroes in an introduction to a game called The Phantom Pain.

Kojima Productions have created a game that demonstrates the basic gameplay and mechanics of their next game. Their next game which, last word from the crew has it, might not be released until the end of 2015.

Kojima Productions have also begun work on a public campaign through Kojima Station, there releasing episodes of a web-based video show which reveals details about the next Metal Gear Solid as well as announcements. This week, for example, we learned from Kojima Station that Xbox exclusive and PlayStation exclusive bonus materials for Ground Zeroes would be sent to each-other’s games – in essence doing away with the “exclusive” bit altogether.

Above you’ll see a rendering of Hideo Kojima himself as delivered by the newest (as of the first publishing of this article) Kojima Station. This episode (below) also goes into some depth about how Phantom Pain will be bringing some next-level delivery of realistic translations of faces to the gaming world.

The webcast from yesterday (again, as of the publishing of this article) also let it be known that players had played a cumulative 504 years – confirmed again by @t_chrisburns’s Tweet (that’s me) being re-tweeted by Kojima himself (and subsequently massive amounts of fans, as well).

This game has made some fans displeased. Sour over the fact that the game does not hold the same amount of gameplay as a traditional single-player shooter would – or even an earlier Metal Gear Solid game would – they’ve been more than a little vocal. 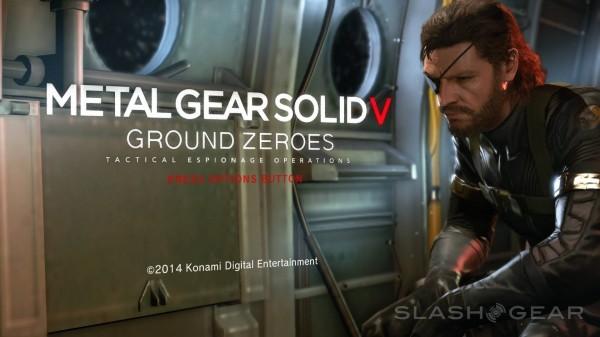 With a $29.99 USD price tag instead of the now-standard $59.99 for top-tier games, we can’t complain. While I believe Konami and Kojima Productions should be a bit more up-front about the odd nature of this game down to the point-of-sale, most gamers picking this title up are bound to have read about it beforehand.

If this article is the only one you read about Metal Gear Solid V: Ground Zeroes – pay heed: you’re going to need to be in a certain frame of mind to appreciate what you’re purchasing. You’re buying into a brand here, a long line of games and a storyline which, if you’ve never read or seen before, might confuse you here.

This Metal Gear Solid game builds on the controls delivered with previous games in the Metal Gear Solid environment. They’re easy to get used to, and add or add ease to a number of elements – rolling, crawling, accessing and utilizing maps and oddities.

This is a Tactical Espionage Operations game. As such, you’re going to need to operate with as much silence and in secret as well as you can. I’m terrible at this, so even the short segment you’re seeing here contains more than a couple shots to the face. You’ll get more points in the end if you’re able to avoid kills altogether.

Sneaking around and finding the most stealthy way through the mission is your goal – this is not a game you play for 10 minutes and come back to at a later point. You need to be dedicated, and you need to have patience. Lots and lots of patience.

You’ll be using a device called the iDROID, a machine which certainly doesn’t belong in 1975, where this game’s first mission is based, but there it is nonetheless.

Above you’ll see a vision of the iDROID in the game, while below you’ll see it in real life. Appearing below during an episode of Kojima Station, this device is actually an iPhone cover in the real world, complete with bright blue LED light so that you can pretend to blast your holographic user interface up in all your most skilled cosplay adventures. 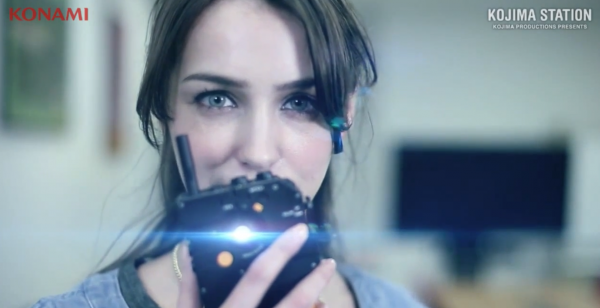 Below this paragraph is the opening sequence for Ground Zeroes. In addition to this, there are several tiny cutscenes throughout the one main mission, and a single 10-minute cutscene at the end. This game is a lot more about gameplay than it is about making you sit through video – though the story is the heart of the game, as always.

There’s a sense in the main mission that your enemies will be far more interconnected in Phantom Pain than they’ve ever been before. You can hear radio calls between troops throughout the base you’re exploring here, and should you alert one guard, you’ve got a short amount of time to hide or execute him before he’s got the whole squad gunning you down.

Waiting to kill an opponent until they’re done speaking on their walkie-talkie is preferable to killing them in the middle of a conversation. It doesn’t seem that cutting them off brings in the troops, but you can hear the worried yammering of the other end of the conversation as their talks are cut short. 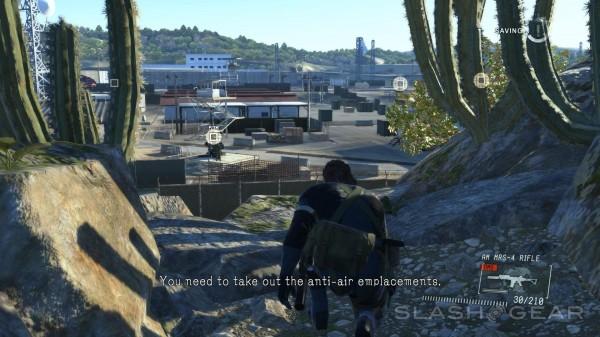 A similar situation occurs when you take out surveillance cameras. You’ll hear radio chatter about how one particular camera “has no reason” to be down, alerting troops in the area to “check it out.”

This demonstration is one that I want to play over and over again until I get it perfect, just like missions in the original Metal Gear Solid. After only a very short few minutes, I understood the controls (almost) perfectly, allowing me to forget about the controller and enjoy the game – as all good games should.

I can’t be clear enough that this game is a non-traditional vehicle for a preview of another, fuller game. It’s priced accordingly, coming your way for half the cash you’d pay for any other top-tier game for your console right now. 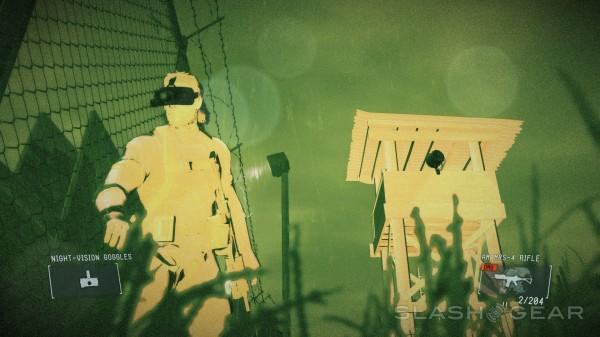 If this game cost $59.99 like other major label games out today, I’d have a bit more to say about the amount of gameplay that’s included. Instead, it’s clear that this cash is more akin to giving a vote of confidence to Kojima Productions, dropping $29.99 for the chance to play in a tiny corner of the world they’re developing on a much more grand scale.

I cannot wait for Metal Gear Solid’s The Phantom Pain. If this Ground Zeroes game is any indicator, the next chapter will be a real contender for greatest game in this genre, and a fine addition to the Metal Gear Solid collection. 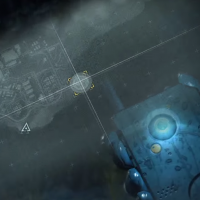 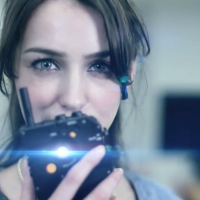 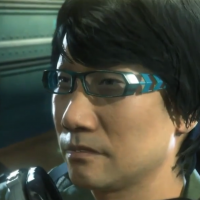 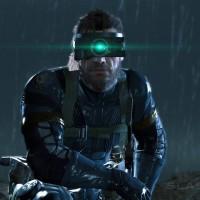 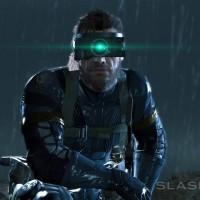 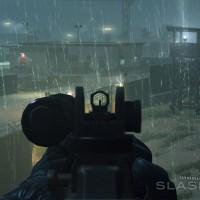 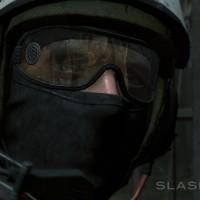 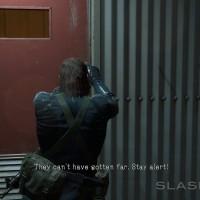 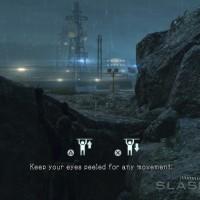 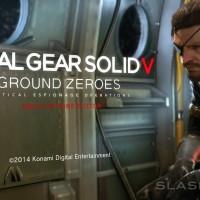 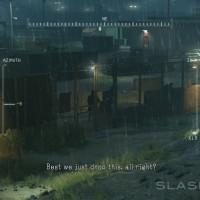 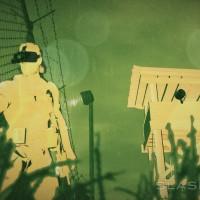 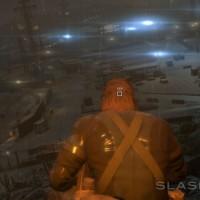 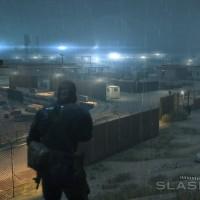 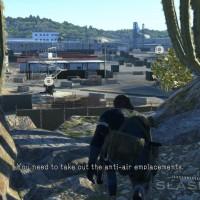 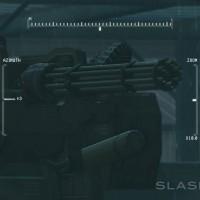 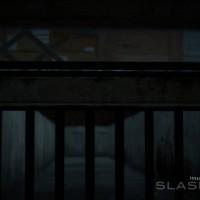 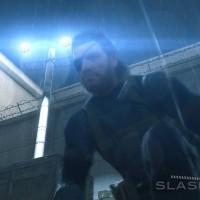