The annual Concours de Elegance at Pebble Beach was expectedly canceled, but Mercedes-Benz has come up with its first-ever Concours de Zoom to satiate the appetites of quarantined car lovers worldwide. Mercedes-Benz is hosting a virtual car show via Zoom with noted celebrities and Mercedes enthusiasts including Martha Stewart, former Late Night host Jay Leno, and rapper-slash-Hollywood actor Ludacris.

As fate would have it, the ravaging COVID-19 pandemic has resulted in either the cancellation or rescheduling of major international events including car shows. In what is deemed a novel idea, the Concours de Zoom digital event will also feature YouTube personality and actress Madelaine Petsch, professional golfer Rickie Fowler, Canadian filmmaker Cole Walliser, Bloomberg’s Hannah Elliot, and other surprise guests. 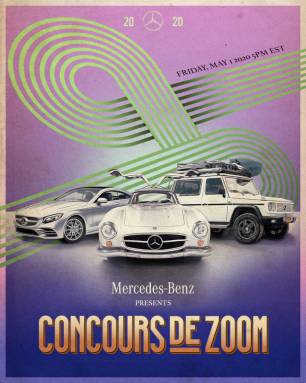 Concours de Zoom is scheduled on Friday, May 1, 2020, at 5 pm EDT. The event will be streamed online via the Zoom conferencing app. More than just a virtual car show, the proceeds from Concours de Zoom will benefit the American Red Cross on behalf of the aforementioned participants.

We all know Jay Leno as one of the biggest car guys in the industry. His Emmy-winning YouTube channel Jay Leno’s Garage has currently amassed close to 3-million subscribers. Leno is considered to possess the most impressive car collection on the planet with close to 300 cars and motorcycles including vintage Mercedes-Benz models like the 1932 Mercedes-Benz SSKL and 600 Kompressor from 1972. 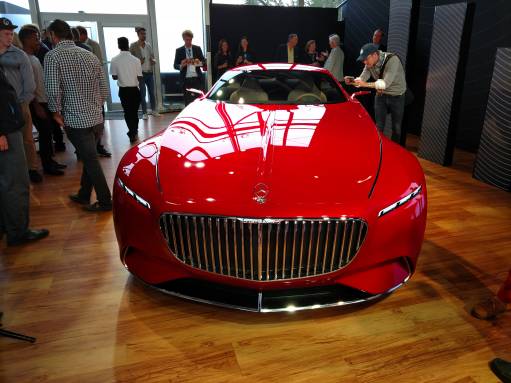 Leno will be joined by noted celebrities to discuss and tell stories about the Mercedes-Benz models in their respective garages. This Zoom event will also showcase iconic Mercedes-Benz vehicles including a 1908 chain-drive Benz Aero (affectionately called Rabbit-The-First), a 1956 300 SL Gullwing (forefather of the SLS AMG), a 1988 560 SL, and a 1991 G 300 D.

Of course, Concours de Zoom also features the newest Mercedes-Benz models including the A 220, the GLS 500, the luscious AMG S 63 Coupe, and the AMG GT 63/AMG GT C Coupe. 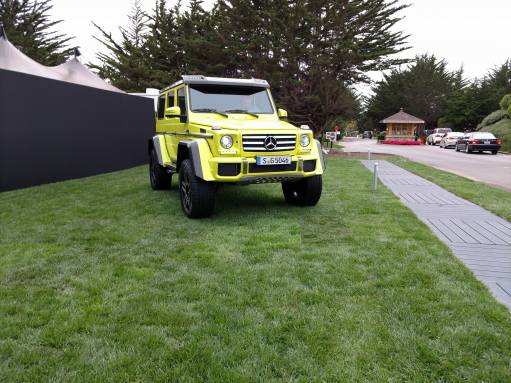 If you want to be part of the first-ever Mercedes-Benz Concours de Zoom, make sure to download Zoom on your desktop, laptop, or mobile and click this link. The event starts at 5:00 pm EST/ 2:00 pm PST.