For the past 25 years, Mercedes-AMG’s F1 safety car is usually dressed in a silver and black ensemble. But for F1’s return at the Austrian Grand Prix this coming July 5, Mercedes-AMG came up with something more colorful and livelier for worldwide fans to enjoy. Showing its commitment to fighting racial inequality and social injustice, the new F1 safety car is peppered with rainbow graphics to support the cause. 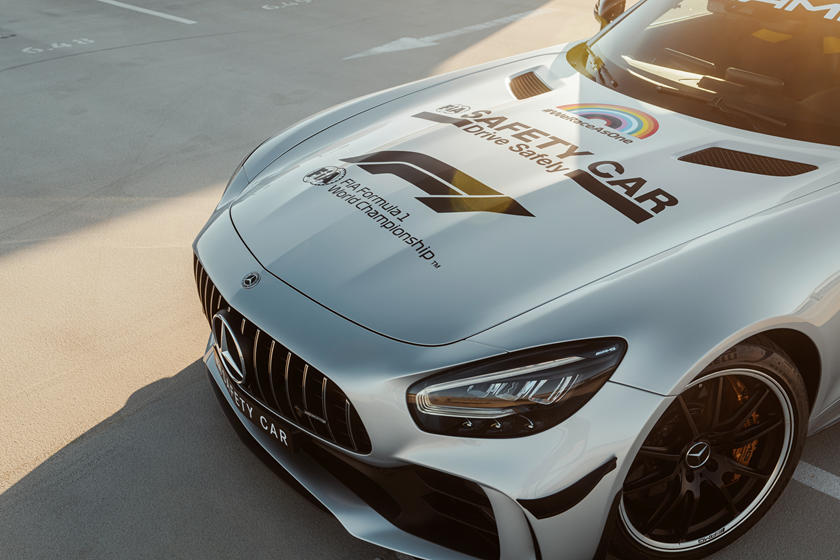 The rainbow theme is visible on the rear flanks of the vehicle. Additionally, you’ll find the #DriveSafely graphic on the hood along with #PurposeDriven on the roof and tailgate. The latter is shown to promote the FIA’s commitment to safety, sustainability, diversity, and gender equality.

This new theme is also applied to the official Mercedes-AMG C 63 S Estate emergency vehicle. but aside from a new paint scheme, both vehicles remain essentially unchanged from a technical and mechanical perspective. The Mercedes-AMG GT R F1 safety car, in particular, remains motivated by a twin-turbocharged 4.0-liter V8 producing 585 horsepower and a mammoth 520 pound-feet of torque, effectively making it the most powerful F1 safety car in history. 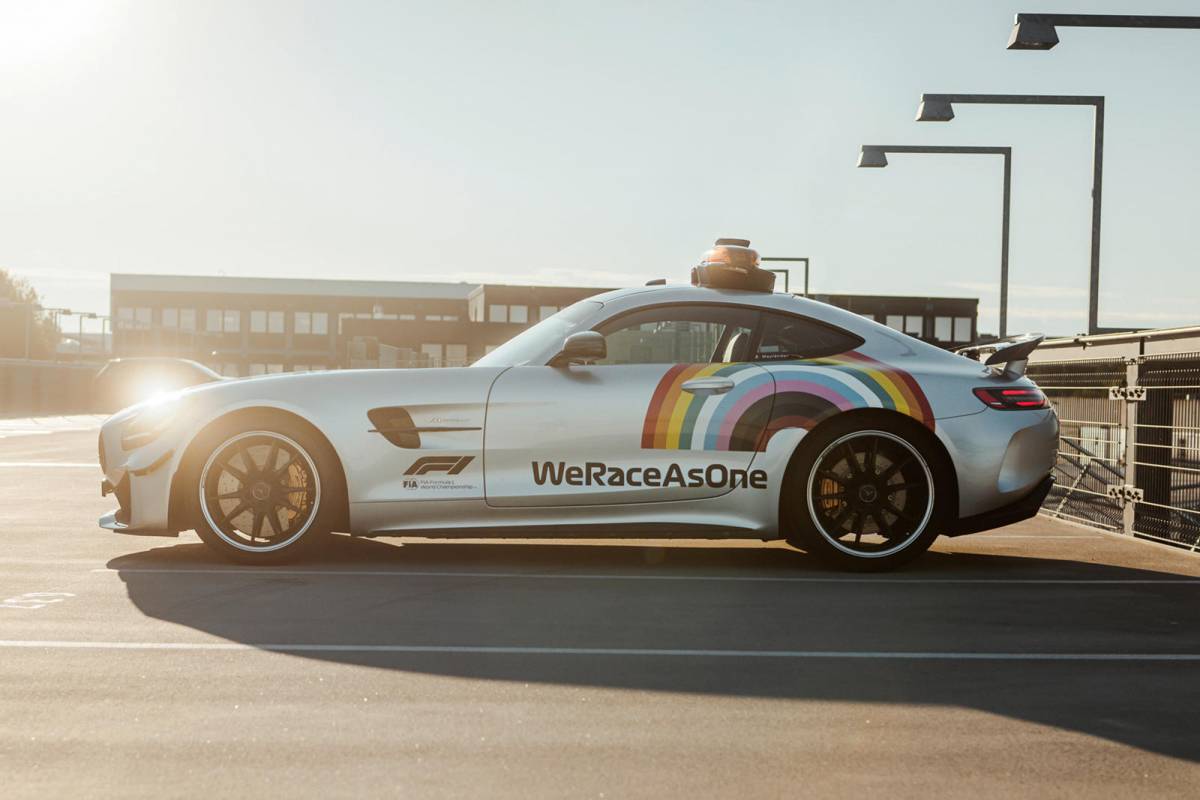 It may be a safety car, but it can rush to blinding speed when provoked. According to Mercedes-AMG, the GT R F1 safety car accelerates to 60 mph in around 3.6-seconds and has a top speed of 197 mph. This is hardly surprising given a stock Mercedes-AMG GT R once held the Nurburgring lap record in 2016. It clocked 7:10.9 minutes and made it the fastest road-going car to conquer the ‘Ring. Of course, that record has since been surpassed, but it speaks highly of the GT R’s propensity for speed. 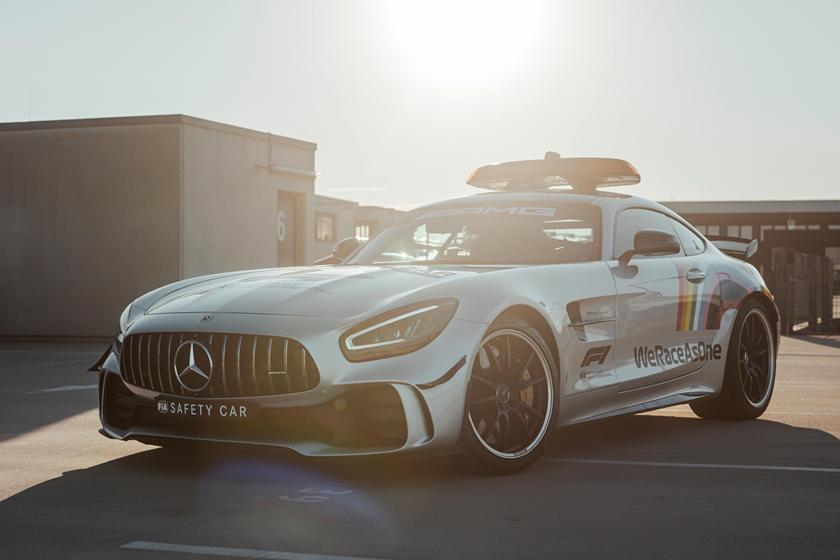 But to meet FIA requirements of becoming Formula 1’s official safety car, the Mercedes-AMG GT R is tuned to maintain a higher minimum speed. Mercedes did it using sophisticated aero trickery, advanced lightweight construction, and a robust chassis. You can catch a glimpse of Formula 1’s refreshed Mercedes-AMG safety car at the 2020 Austrian Grand Prix this weekend, July 5th. It will be driven by German racing driver Bernd Mayländer who’s been doing so for the past 20 years.