When we spoke with Ken Ralston and Jay Redd of Sony Pictures Imageworks, they described this movie just as it was: a collection of plausible alternate realities. It is at this point in the Men in Black series that they’re able to take for granted the fact that most of their audience will have seen a previous installment, Men in Black I or II, and can move forward with the characters to explore new non-origin adventures. This Men in Black takes everything positive from the first two films and hits a home run with not just a fabulous new story, but exquisite visuals and a collection of engaging characters as well.

If you go to this film for no other reason than to see Jemaine Clement play the antagonist Boris The Animal, you will not be disappointed. This fellow is one half of the New Zealand rock comedy group Flight of the Conchords and has done his fair share of voice acting on everything from Rio to The Simpsons and was indeed part of a TV sketch comedy miniseries. Somewhere in there he became an amazing character / creature actor as well, as the only other person in the film that’s more engaging is, as expected, Will Smith’s Agent J. Expect to be wowed by Clement’s portail of a morphing murderous monster that lets his positively odd affinity for dark humor shine through without effort. 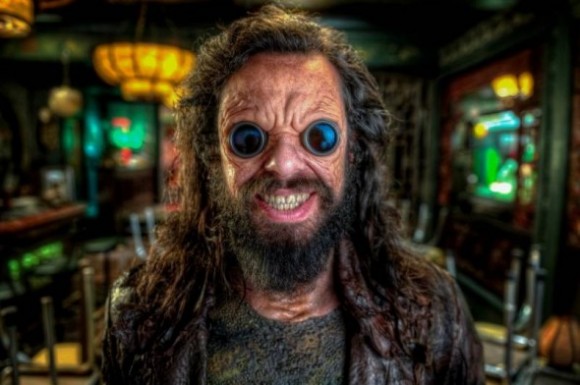 Boris the Animal is but one of a host of new aliens which are the bread and butter of the series, this third installment in the Men in Black franchise being no exception to the rule. While there are several “filler” aliens popping up in scenes like the fish restaurant so that they might easily be blasted to bits without too much regret, this film has some really great monster movie magic going on. Keep your eyes out for an ever-spookier Boris the Animal, a moose-sized koi fish, and the return of the Worm Guys – who each movie appear to be getting more or less real-looking, depending on how you see it. 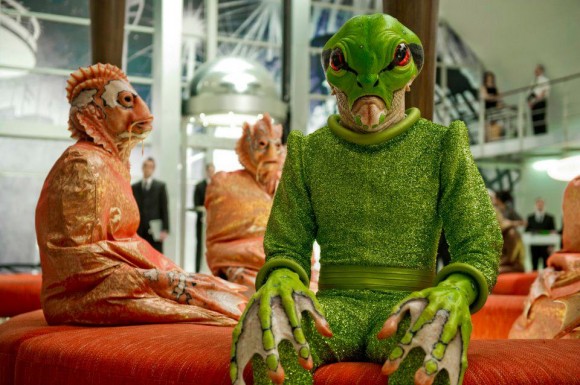 You’ll get your fair share of reveals on this reality where celebrities such as Richard Branson (see if you can spot him!) appear as hinted aliens. You’ll find yourself once again immersed in the perfectly legitimate possibility that everyone and anyone could potentially be an alien when it comes down to it. You’ll dive deep into the idea that Josh Brolin is really, truly, a younger version of Tommy Lee Jones. 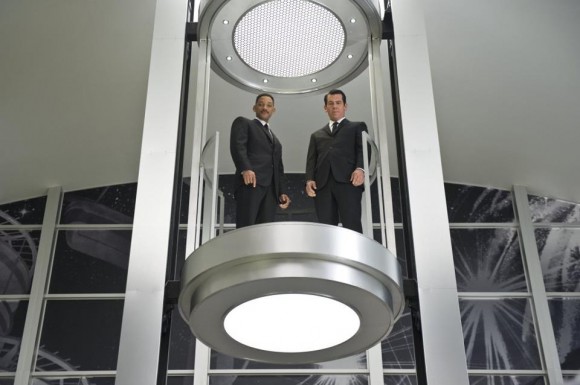 Each of these things you will be doing, and while you’re doing them, you will be having a great time. One top of everything being entertaining enough to engage a whole new generation of Men in Black fans, this film is made to treat those who’ve seen every film thus far to some visual and environmental candy. If you’re a Men in Black fanboy, you’ll have plenty to see in the background, and more than enough to keep you engaged enough to want to see more when the film is over. 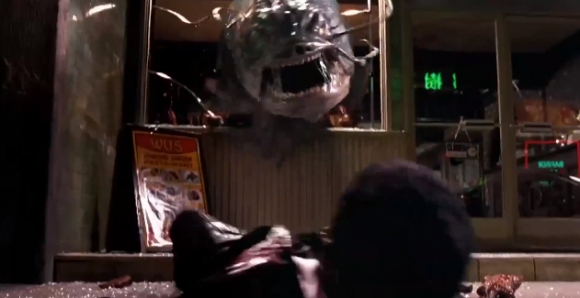 What we heard from Ken Ralston and Jay Redd, two of the heads of the visual effects shots we see throughout the film with their company Imageworks, was that this was a film with an “onion” of reality, meaning that it’s “peeled back” as each scene unfolds. As you move through the film you realize that not only are the places and events your seeing not quite precisely accurate when compared to our own reality, but this idea is a plot device as well. Michael Stuhlbarg plays Griffin, a time-aware species of humanoid who reminds you quite a few times throughout the film that he is aware of several outcomes for each moment’s events. Notice the butterfly floating about in at least a couple of scenes and see if you can pick up the simple symbolism.

If you only see the film for one scene, let it be the scene that you’ve seen previews of in the trailers for this film – the one where Agent J does his first Time Jump. And let it be 3D IMAX as well. There’s nothing quite like seeing Will Smith plummet off the Crysler Building 66 stories through decades of events which eventually have him landing in 1969 – and you’ll never guess where he lands.

This scene takes the 3D and gigantism of the IMAX theater to a level where you’ll be glad you payed the extra few bucks to experience it. The third dimension is not essential to this film when it comes down to it, but it did add a level of fantastic to the experience and, as it’s mean to, made me glad I had the opportunity to see the film in the theater. That said, this movie will have a lot of staying power for the home theater as well, even if that is just a 14-inch television you’ve got in the corner.

Men in Black continues to impress with the simple effects/comedy formula that worked out perfectly in the first installment. This movie does have a bit of time travel as, again, was quite obvious in the trailers released up until the film’s release, but this is mostly just to allow us to meet the Brolin version of Tommy Lee Jones… I mean Agent K – and he does such a fabulous job at portraying K’s already cemented personality (with a twist) that you’ll have to remind yourself that this is actually Brolin, not a young Jones. 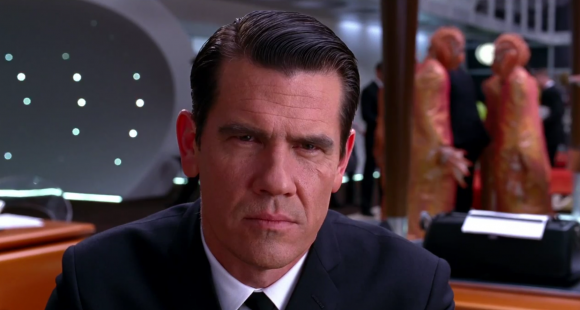 This film takes the awesome abilities of the effects industry (specifically Imageworks here) and actually tunes back to a degree that will have you forgetting that this franchise was built on the idea that we’d get to see unbelievable beings of all kinds. This is the happy kind of Science Fiction where even the murderous villains make jokes and strange beings of all sorts are lurking about in a world that’s supposed to be just as plain as the one we’re living in. This set of elements has this film made genuinely entertaining for audiences of all ages – just so long as they’re old enough not to have nightmares about the terrifying concept of a beast that is Boris.

NOTE: Don’t be too disappointed when you don’t see Flaco (from the trailer above) in the final cut of the film, as he’s simply not that essential. You’ll get plenty of 3D aliens in his place.