Sous-vide isn’t quite mainstream yet, but smarter cookers like Mellow are aiming to help it in that direction, which is why it’s great to see a solid deal on the geeky appliance. If you’ve been sleeping on your new fangled kitchen tech, sous-vide involves sealing food inside plastic bags, submerging them into a water bath, and then holding them there are a very precise temperature for extended periods.

You might have to wait a while, but the result is perfectly cooked steak, vegetables, fish, and just about anything you can think of. Because the water bath temperature is so closely tracked, there’s no worry about overcooking. Indeed, you can usually leave food in there for an hour or more after it’s officially cooked, without any taste issues.

Domestic machines are proliferating, but one of the most eagerly-anticipated has been Mellow sous-vide. It’s normally $399, but an Amazon promotion currently brings it down to $199 – half price. I preordered one back when the startup began its initial crowdfunding in 2014, and have had had one on my counter since last year. It’s definitely earned its spot.

Even with this promotion, mind, Mellow is still more expensive than some other sous-vide machines on the market. ChefSteps’ diminutive Joule, for instance, is $179. Anova’s Precision Cooker is even cheaper, and its upcoming Precision Cooker Nano will be under $100. 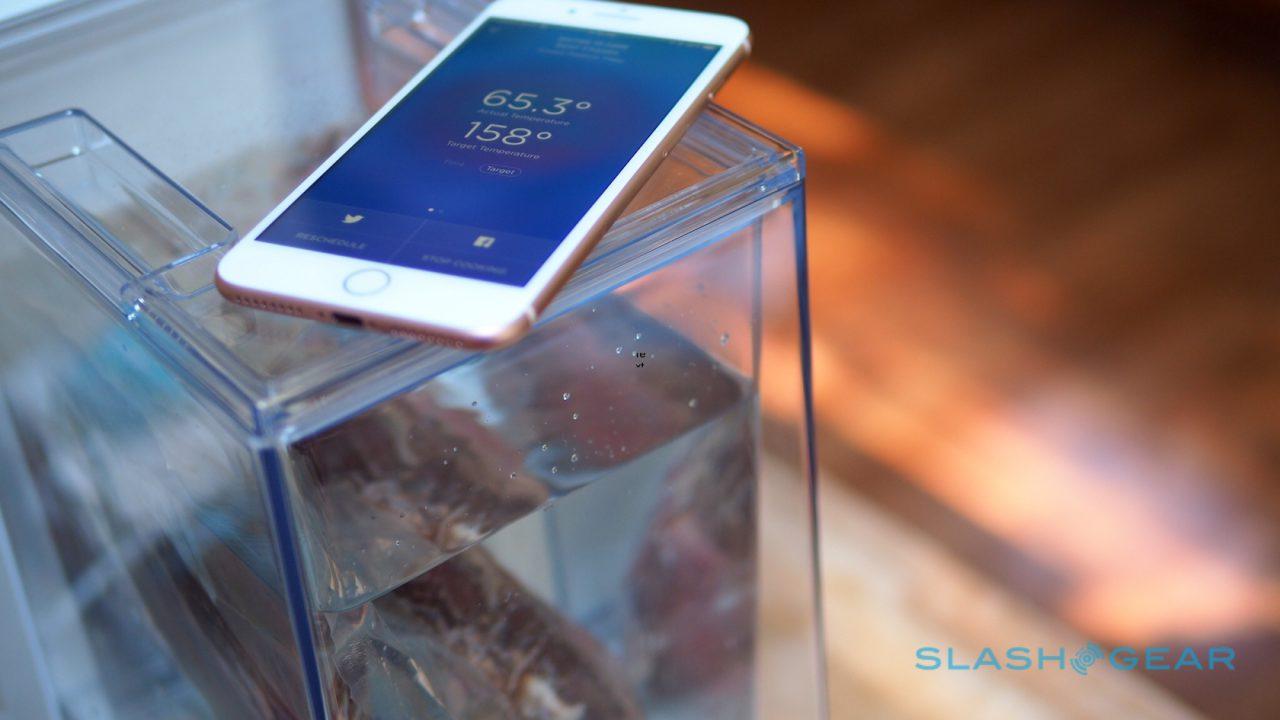 Still, Mellow has some advantages its rivals don’t, which has made it the go-to sous-vide in my kitchen. It’s a self-contained system, with its own dedicated water bath: ChefSteps and Anova’s machines are intended to be placed into a separate water bath, such as a large pan. It has a useful, close-fitting lid, too, which helps avoid water evaporation over extended cooks.

What really makes it special, though, is that it doesn’t just get hot – it can cool, too. When you choose your recipe of choice in the app, you also tell it when you want to eat. Mellow then keeps the water bath cool enough to avoid food spoiling, warming up when it’s just the right time to start cooking and have the food ready exactly when you want to eat.

Initially, and a little annoyingly, the water cooling system only worked with Mellow’s pre-configured recipes. Considering its app started out with far fewer than the apps from ChefSteps and Anova, that was a problem. Subsequent updates, however, have given more manual control over pre-cooling. You can now chill the bath ahead of time, too.

Even with the inroads it has made into domestic kitchens, sous-vide is still one of the more geeky ways to make a meal. Honestly, were I picking a single new appliance to add to my countertop, I’d start with the Instant-Pot. You can do a whole lot with an electric pressure cooker, after all.

All the same, this is a great price for a comprehensive sous-vide machine that gives a little more flexibility than most. If you can dedicate the counter space to it, and don’t mind experimenting with longer cook times, I’d say that now’s the time to jump on Mellow. The company says this is a limited-time promotion, so probably best not to sleep on it.

Update: Mellow tells us that the promotion ends on Tuesday evening, April 24.