Meet Jimmy, the robot pal to put Intel’s Edison in your home

The idea of domestic robots isn’t new, but Intel and Trossen Robotics are aiming to make it actually happen with the 3D-printed Jimmy powered by the chip firm’s new Edison development board. Trossen has been offering the original Jimmy for some time now, a $16,000 ‘bot powered by an Intel Core i5 chip, but its new little brother – the HR-OS1 – promises to come in at a tenth of the price and, so the theory goes, open up the space to those who aren’t adept at robotics programming.

That’s because Jimmy Jr.’s hardware is only one half of the equation. Intel’s goal is to do the same thing with apps for robotics that software did for smartphones, with simple programs that can be strung together by the tech-naive. 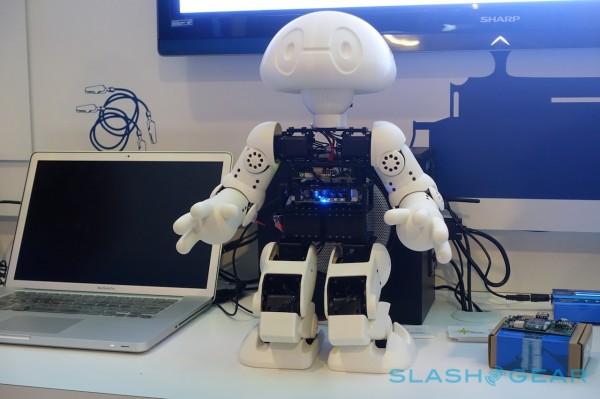 The HR-OS1 has twenty actuators and stands 42cm tall, and is powered by a 2,000 mAh battery. Sensors include a gyroscope and accelerometer, and there’s also support for optional XBee.

The frame itself is made of aluminum, and Trossen plans to make the design for it, the subcontroller, and the 3D shells that clad Jimmy Jr. all as open-source. That way, more avid tinkerers will be able to come up with their own designs. 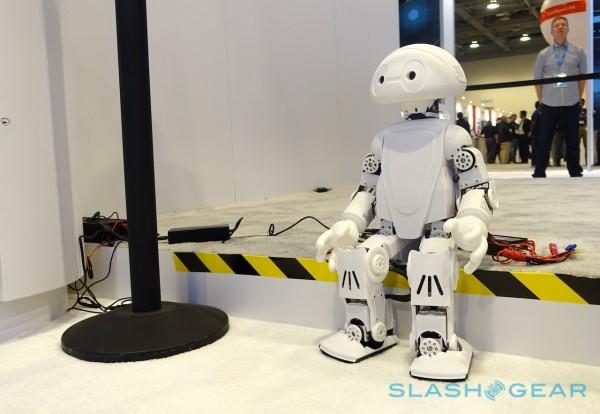 The brains of the whole thing, though, is Edison. The new system-on-a-chip uses an Atom dualcore processor and a single core microcontroller, together with WiFi, Bluetooth LE, the required memory, and storage. In the case of Tronssen Robotics, it’ll use Node.js, but Edison is also compatible with Yocto Linux, Arduino, Python, and Wolfram, and supports over thirty I/O interfaces courtesy of its 70-pin connector.

For instance, SparkFun has a range of snap-on “block” add-on boards which add things like an OLED display, joystick, analog I/O, and direct Arduino support.

In Trossen’s demo, the robot was controlled both by an app – with a few preconfigured movements and phrases – as well as using a PlayStation gamepad to walk the robot around.

$1,600 is still a fair amount of cash to spend on a robot, but if Intel and its partners can persuade robotics developers to jump onboard with Edison and flesh out the range of applications available, there’s chance that the SoC itself could become the de-facto heart of even more affordable domestic ‘bots. 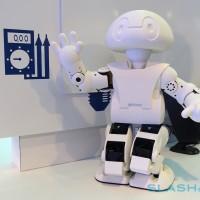 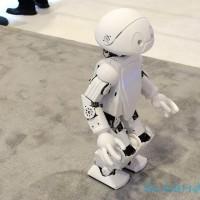 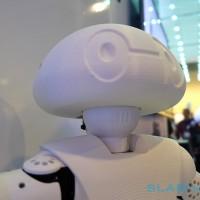 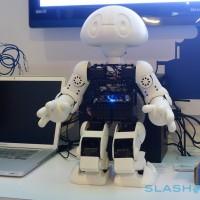 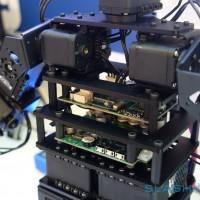 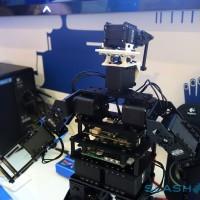 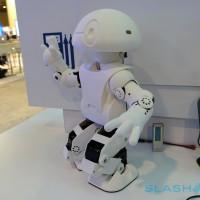 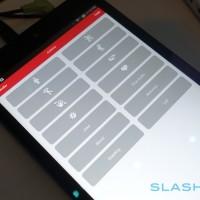 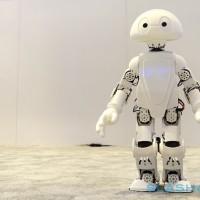 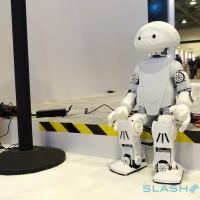 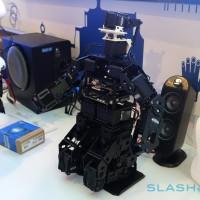 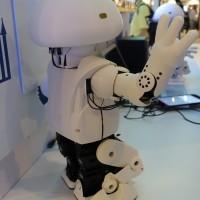 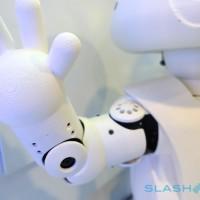