Measles outbreaks 2019: Why both sides are wrong

In the following article we’re speaking about the measles outbreaks (yes, plural) inside the United States in the year 2019. The title is written as such in order to draw readers who assume there are two “sides” to the “argument” that surrounds the latest outbreaks, with regard to travel and vaccines. There are, of course, many different factors at play with the latest measles outbreaks in the United States, but travel and unvaccinated individuals are the most major. All factual information provided in the following text comes from the USA’s CDC: Centers for Disease Control and Prevention.

It’s difficult to believe that we’re back to 1994. The year 1994 is the last time the United States had as many confirmed cases of measles reported in a single year. This is also (obviously) more than the year 2000, the year in which measles was declared “eliminated” in the USA. 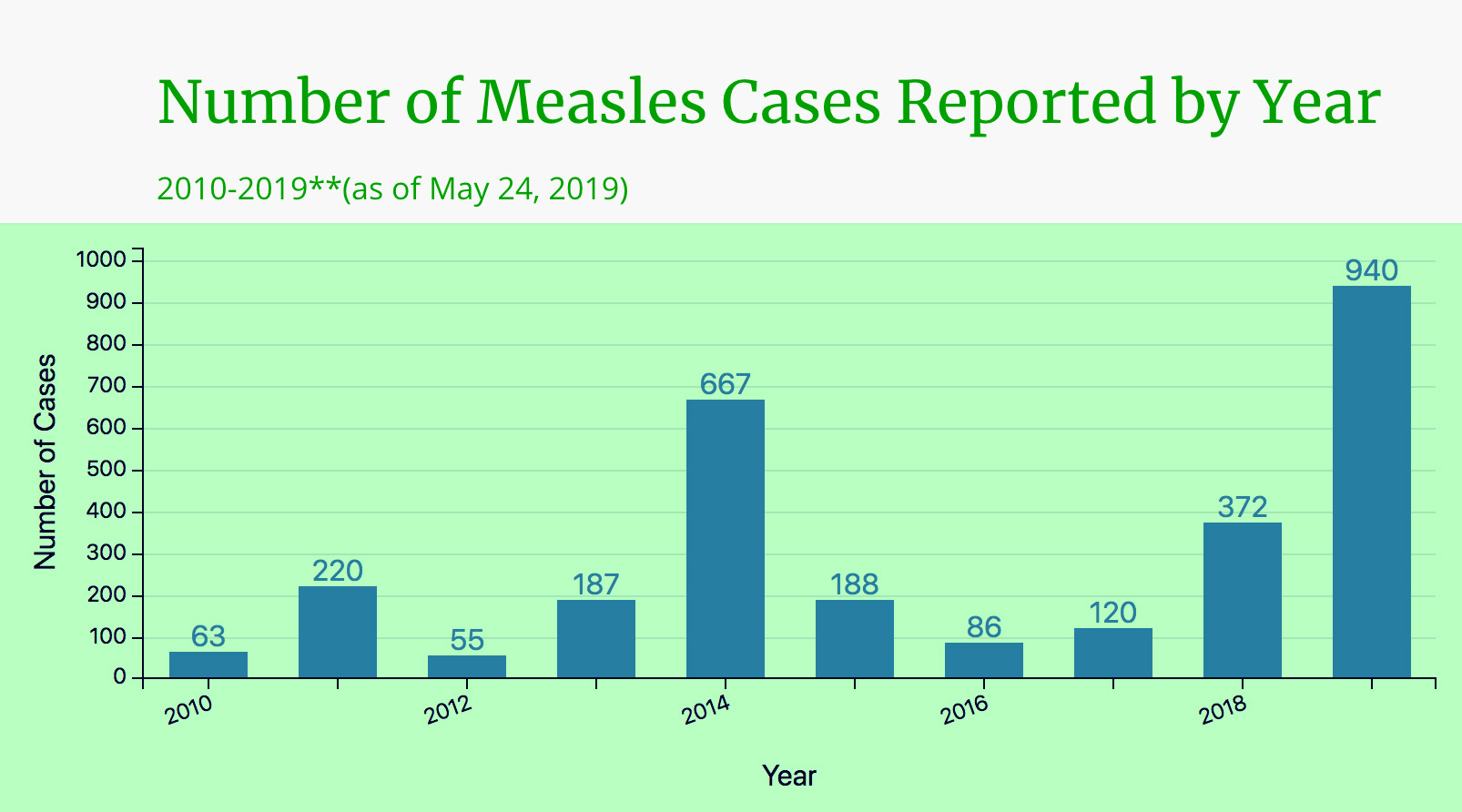 In the year 2019, 940 individuals have reported (and had confirmed by the CDC) cases of measles in the United States. These cases occurred over 26 states. The number of confirmed cases in 2016 was 86. Each year since, the number of measles cases confirmed in the USA has jumped considerably.

Both Reason A and Reason B are important – this isn’t an either-or sort of situation. Major reason A is a set of measles outbreaks in countries around the world. Over the past several months, the CDC’s released warnings from health organizations in the following countries:

All of these outbreaks were reported in the first months of the year 2019. Israel, specifically, had a large outbreak in the year 2018. The year 2018 saw Eighty-two cases of measles brought back by travelers.

What is a “traveler”: The CDC does not make any specific claim about the type of “traveler” that’s brought measles to the United States. Some visit, some stay, and some are US citizens that’ve traveled abroad and came back with measles. 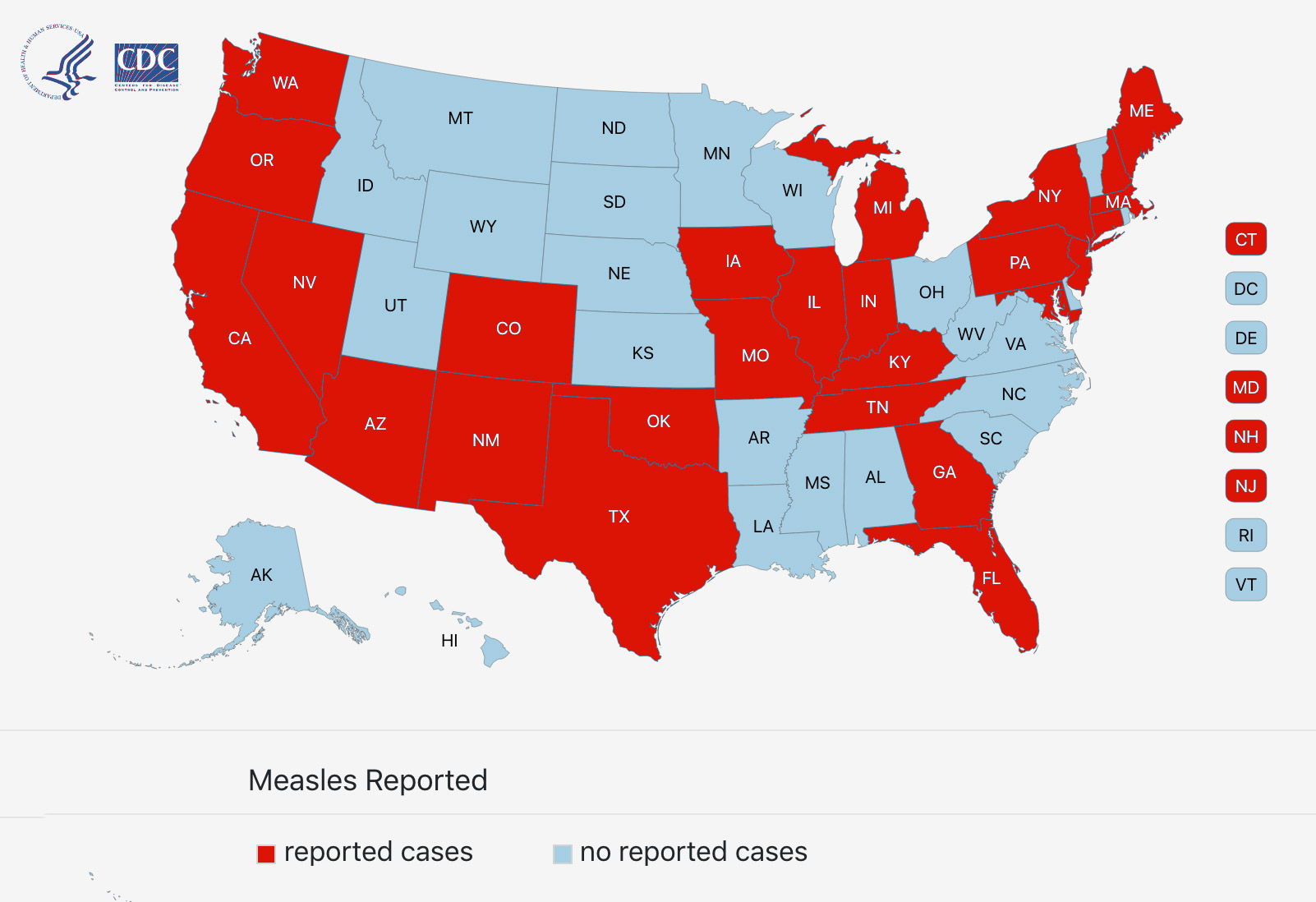 “Measles is preventable and the way to end this outbreak is to ensure that all children and adults who can get vaccinated, do get vaccinated,” said CDC Director Dr. Robert Redfield, M.D. “Again, I want to reassure parents that vaccines are safe, they do not cause autism. The greater danger is the disease the vaccination prevents.”

A release this week from the CDC made clear the importance of this most recent set of outbreaks. Outbreaks in both New York City and Rockland County have been raging for nearly 8 months, thanks primarily to disinformation spread on the non-existent “risks” involved in vaccination.

“Your decision to vaccinate will protect your family’s health and your community’s well-being,” said Redfield “CDC will continue working with public health responders across our nation to bring this outbreak to an end.”

The vaccination for measles is known as the MMR (measles, mumps, and rubella) vaccine. If you’d like to know more about how to get this vaccine (and other vaccines, too), head over to Vaccines dot gov and click in to find your closest local source.