Details are scarce about the McLaren Speedtail. First announced in 2018, McLaren said the Speedtail is the fastest ever produced by the British supercar maker, capable of achieving a 250-mph top speed. But now, McLaren has unveiled the secrets behind the Speedtail’s propensity for speed, and it all has something to do with its highly-advanced hybrid powertrain.

As it turns out, the Speedtail is not only the fastest McLaren sports car, but it also has the highest specific battery power of any production hybrid or electric vehicle. It also has a new battery cooling system that allows the electric powertrain to repeatedly deliver peak outputs. Combined with the Speedtail’s slippery, aero-enhanced body style, it accelerates from 0 to 186 mph in a scant 13-seconds and a top speed of 250 mph. 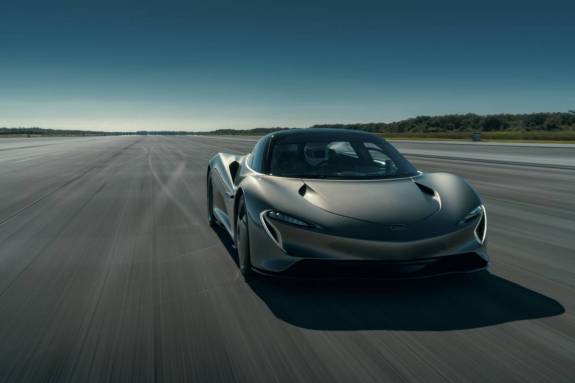 But it’s not just about aerodynamics and efficient cooling – it’s all about the grunt. The McLaren Speedtail is equipped with a highly-tuned, twin-turbocharged M840TQ 4.0-liter V8 engine producing 747 horsepower and 590 pound-feet of torque. Interestingly enough, it’s the same engine found in the McLaren 765LT with almost the same power figures. However, the ‘Q’ in the M840TQ engine code is pointing to a hybridized powertrain. 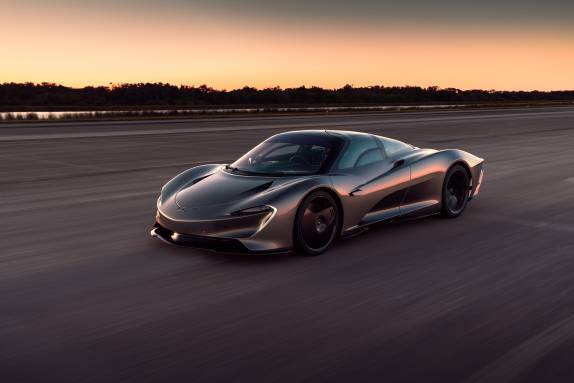 And oh boy, the Speedtail is one hell of a hybrid. It has a single electric motor generating 308 horsepower on its own. If you do the math, the Speedtail is pushing a combined output of 1,055 horsepower and no less than 848 pound-feet of maximum twist. No wonder it pushes to 186 mph in record time. The motor is lifted directly from Formula E including a trick inverter and DC/DC converter to complete the electric drive system. 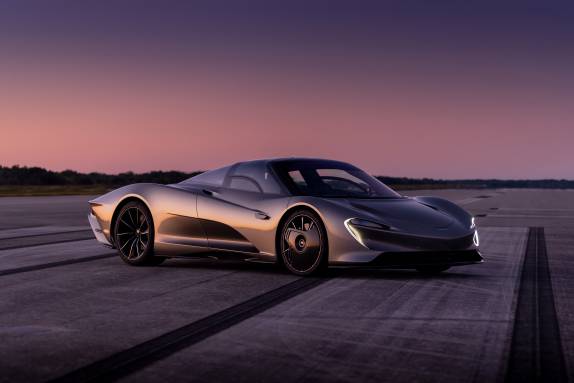 According to McLaren, the Speedtail’s innovative high-voltage energy storage system is also worthy of praise. The cylindrical 1.647 kWh battery pack has a compact shape and is arranged in a ‘unique’ way. It delivers the best power-to-weight ratio of any battery pack in production today, and it has four times the power density of the battery in a McLaren P1. In fact, McLaren said the battery output is rated at 270 kW. 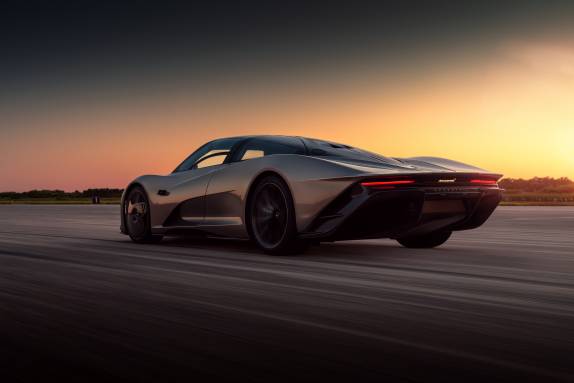 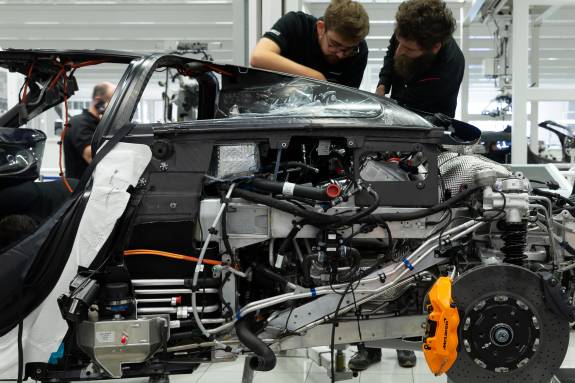 McLaren is only making 106 units of the Speedtail with prices starting at around $2.3-million. All Speedtails will be hand-built at the McLaren Technology Center in Woking, England.