McLaren’s new hybrid supercar is fast approaching, and the British automaker has been dropping new details about its so-far-unnamed gas-electric model. Expected to launch in the first half of 2021, the new “High Performance Hybrid” (HPH) will combine speed with the potential for all-electric driving, McLaren promises.

Full details of the drivetrain are yet to be announced, but McLaren has sketched out the basics. On the gas side, there’ll be an all-new V6 engine; it’ll be combined with at least one electric motor and a battery.

The result will be a hybrid supercar that’s capable of driving in a fully-electric mode. We’re not talking just a mile or less, either: McLaren says it’s expecting “medium-range EV-only drive capability.” Just how much range that turns out to be will have to wait until next year, but it strongly implies that this will be a plug-in hybrid with the ability to charge a battery pack.

That would fit with talk from McLaren earlier in the year about its light-weighting efforts. The automaker aims to reduce curb weight of its cars so that the addition of batteries and electric motors won’t negatively impact driving dynamics. It’s also been working on new charging systems, prioritizing the speed at which batteries can be topped up so that owners don’t need to hang around between laps. 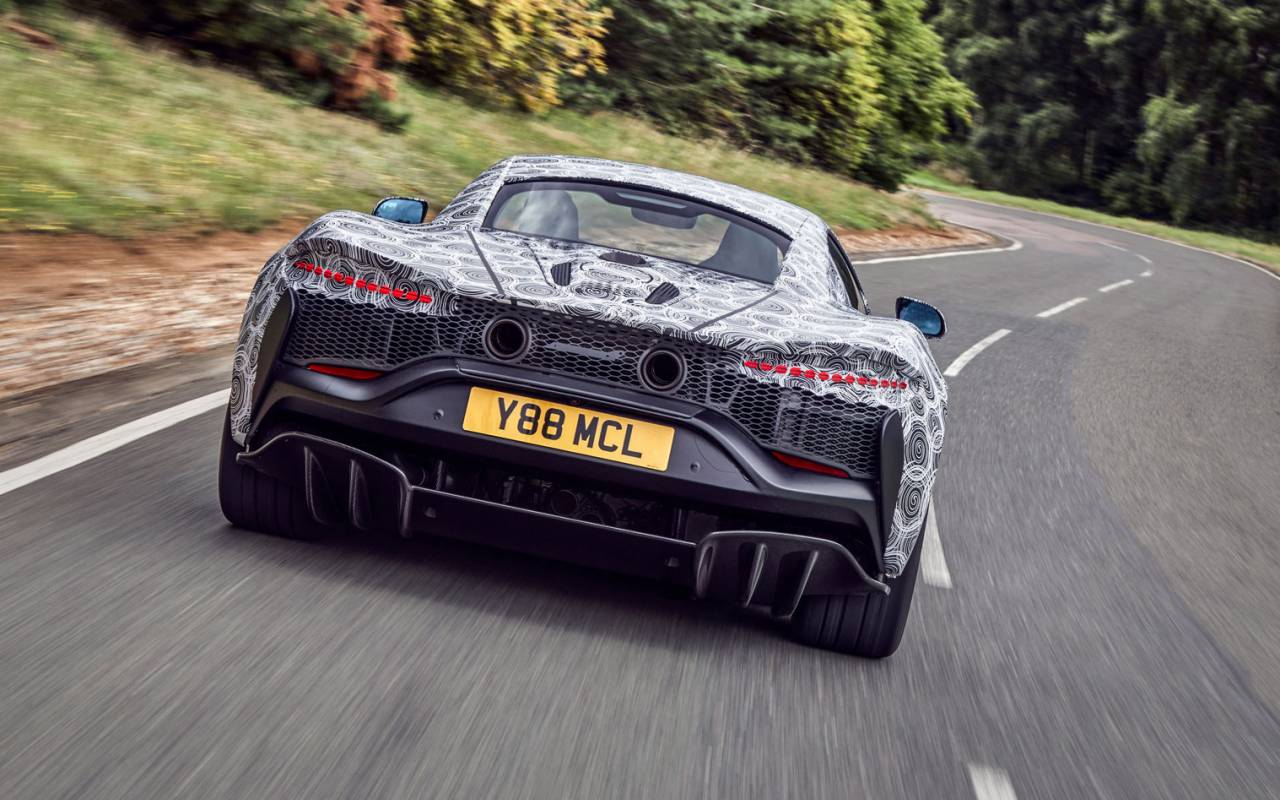 Helping there will be a new carbon fibre structure, which the automaker is calling the McLaren Carbon Lightweight Architecture (MCLA). It’s been designed to be flexible, and will underpin not just this first HPH but McLaren’s hybrids for the next few years, too. Come 2025, the automaker expects all of its cars to be electrified, indeed.

It won’t be McLaren’s first hybrid, of course. The McLaren P1 combined a 3.8-liter twin-turbocharged V8 with a custom electric motor, and was capable of around 18 miles of EV-only driving from the 4.7 kWh battery. Together, they were good for 903 horsepower, and a 0-62 mph time of just 2.8 seconds.

Testing of the new hybrid has already been taking place out on the road, with McLaren teasing “astonishing levels of performance and a uniquely intense driver experience” from behind the wheel. “This is a new kind of McLaren for a new era, an extraordinary drivers’ car that offers blistering performance as well as an all-electric range capable of covering most urban journeys,” Mike Flewitt, CEO of the automaker, says. “We see this new McLaren as a true ‘next generation’ supercar and cannot wait to show it to customers.”

It’ll sit in-between the McLaren GT and the McLaren 720S, as the automaker prepares to say goodbye to its Sports Series range. Cars like the 570S have offered a more affordable entry-point into McLaren ownership – relatively speaking, anyway – but as of the 620R the line-up will be discontinued.