Japanese carmaker Mazda is honoring its centennial birthday by releasing a series of 100th Anniversary Special Edition models. According to Mazda, each vehicle wearing the 100th Anniversary badge was ‘developed with an aspiration to look ahead, while also remembering and respecting the rich Japanese heritage that has guided the brand.’ Each 100th Anniversary model will share particular design cues with the R360 Coupe, Mazda’s first-ever passenger vehicle released in 1960.

But wait, if Mazda started making cars in 1960, why is it celebrating its centennial anniversary this 2020? Mazda’s roots can be traced back to 1920. Back then, the company was known as the Toyo Cork Kogyo Co. of Hiroshima, Japan. Established on January 20, 1920, the genesis of Mazda’s car-building abilities first started by making industrial corks.

However, the company shifted its efforts to making three-wheeled rickshaws in 1931 (called the Mazda-Go) before producing weapons for the Japanese military during WWII. And while the company only started adopting the Mazda name in 1984, all vehicles produced by the company since 1960 were carrying the Mazda moniker. 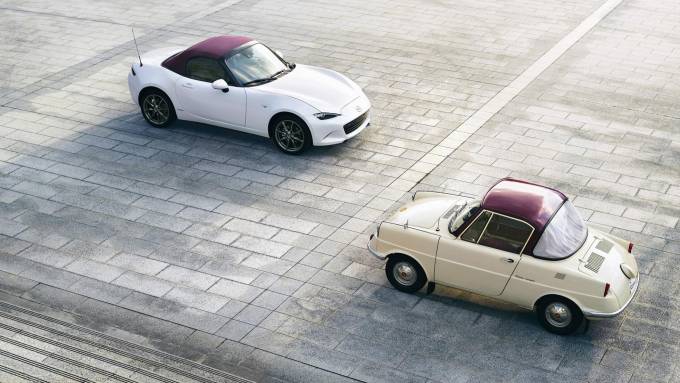 The 100th Anniversary Special Edition models are inspired by Mazda’s first proper car, the R360 Coupe. It had two doors, four seats, and a raucous 360cc two-cylinder gasoline engine with 16 horsepower. What’s interesting is the car came with a standard four-speed manual gearbox or two-speed automatic shifter, and it had a 52 mph top speed. It also came with rubber springs and torsion bars in the front and rear suspension.

Naturally, the R360 Coupe was a smash hit in Japan and quickly became the penultimate ‘kei car.’ It didn’t have much power, but it had a quirky vintage design with small and rounded headlamps, fender-mounted side mirrors, and a colored roof with contrasting white paint. As such, Mazda’s 100th Anniversary rendition of its current lineup will receive a similar Snowflake White Pearl Mica paint job, burgundy interior, and red-painted roof (in the MX-5 and CX-30) as the R360 Coupe. 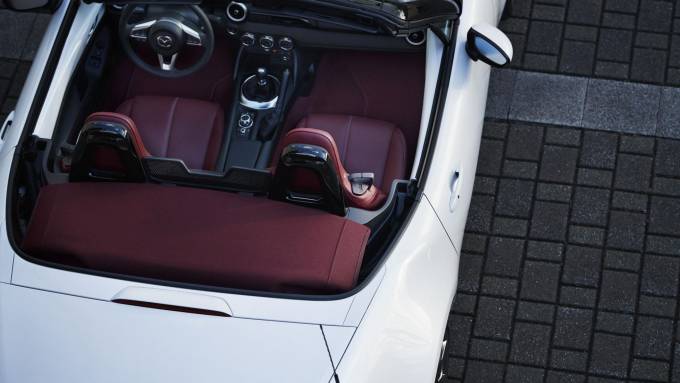 On top of that, each commemorative model also features a unique Mazda logo. Paying homage to Mazda’s past, present, and future, the new logo overlays the existing Mazda brand with a round ‘Industry’ logo first used by Toyo Kogyo in the 1920s. 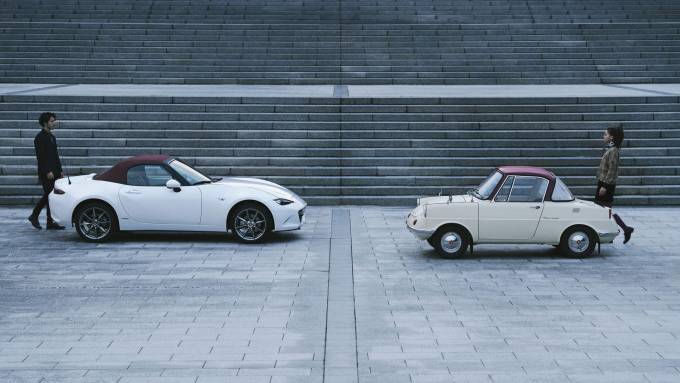 Excited to get your hands on a Mazda centennial model? Not so fast. Mazda has yet to announce the pricing and availability of each 100th Anniversary Special Edition model slated for North America. With almost the entire planet in some form of lockdown to fight COVID-19, we won’t be seeing a Mazda 100th Anniversary model in showroom floors until much later this year.