Maserati recently unveiled the MC20 super sports car in Stirling Moss livery. And to this, we say bravo Maserati! You see, the MC20 is the first all-new Maserati of the modern era. And as such, the entire car world is expecting nothing less than a soul-stirring super sports car with exotic looks to match.

But the MC20 also marks the return of Maserati to racing, and there’s no better way to announce this fact than to pay homage to one of the world’s best racing drivers. The groovy paint wrap was inspired by the Maserati Eldorado from 1958 – the first-ever single-seat racing car in Europe to be sponsored by a non-racing company. Apparently, the car debuted at the Trofeo dei due Mondi with Stirling Moss at the wheel. 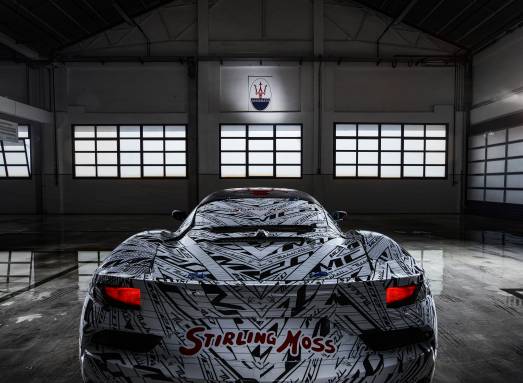 However, there’s a reason why Maserati chose the 13th of May in presenting its Moss-inspired MC20. Stirling Moss won the Monaco F1 Grand Prix on May 13, 1956, piloting a Maserati 250F race car. It was a relatively effortless victory as Moss led the race from start to finish. Maserati also took the third spot at the podium with a similar 250F driven by French racing driver Jean Behra.

Apparently, Moss drove a plethora of Maserati racing cars during his storied racing career. This includes the Tipo 60 Birdcage, Tipo 61, and 300S. Sir Stirling Moss is one of the most successful Formula 1 driver to have never won a world title, but he managed to grab 16 victories in 66 starts in F1. He also won 212 of 529 races from 1948 to 1962. 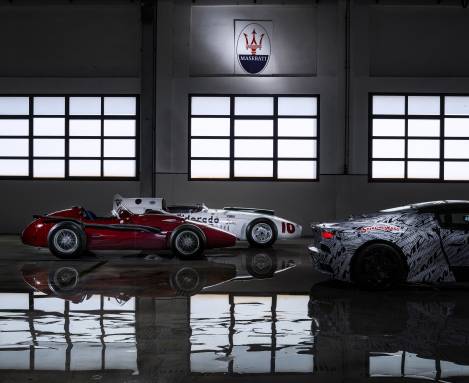 The Maserati MC20 is a modern iteration of the MC12, the last Maserati to win a world championship in 2010. And for the first time in a long while, the MC20 will be powered by a new engine that is 100-percent designed, developed, and tuned by Maserati. Details are scarce at the moment, but rumors are thick that the MC20 will have a mid-mounted twin-turbocharged V6 motor with 600 horsepower. 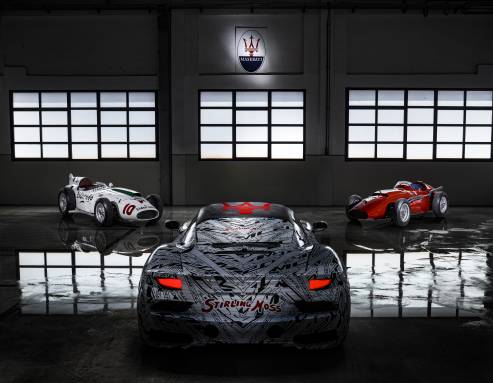 On a rather sad note, Sir Stirling Moss died last April 12 at the ripe age of 90 due to complications from a longstanding illness. The MC20 prototype in Stirling Moss livery is proof of the Trident Brand’s intention of returning to racing while glorifying one of the most storied characters in the world of motorsports.

The Maserati MC20 is expected to debut later this year. The Italian carmaker said the MC20 will first be offered as a coupe while the cabriolet version won’t be arriving until next year.