Marvel at SDCC: the biggest trailers and news

It just wouldn’t be the San Diego Comic-Con without Marvel there to make a bunch of announcements about its ongoing movie and TV series. This year, that means trailers and news about the extended Marvel Cinematic Universe and the various franchises tying-in with the Avengers, as well as the various superhero TV series Marvel has going. We’ve already covered the new Defenders trailer, but here we’ll run down everything else Marvel revealed.

The new trailer for Thor: Ragnarok happily lives up to the first, featuring plenty of insane action with a reunited Thor and Hulk. The film has unique look unlike anything else we’ve seen from the MCU, and seems to have a focus on humor with its cast of oddball characters. Loki is present, of course, as is main villain Hela (played by Cate Blanchett).

Ant-Man and The Wasp

No trailer this time, unfortunately, but Marvel Studios president Kevin Feige made the announcement that Michelle Pfeiffer and Laurence Fishburne will be joining the cast for the upcoming Ant-Man sequel. Pfeiffer will take on the roll of Janet van Dyne, the wife of the first film’s Hank Pym, and almost assuredly the character that will become The Wasp. Fishburne, on the other hand, will be playing Dr. Bill Foster, who in the Marvel comics universe becomes Black Goliath, equipped with similar powers as Ant-Man. It’s not clear how big of a role he’ll play in the movie, but we’ll find out when it premieres on July 6th, 2018.

Inhumans is Marvel’s latest TV series, but instead of Netflix it will be airing on ABC this fall. Comic-Con saw the release of a new trailer focusing on the conflict between brothers Black Bolt and Maximus, as well as the many special effects that create the other characters. Interestingly, Inhumans will getting an initial premiere in IMAX theaters on September 1st, with the full series to follow on TV starting on September 29th.

While the worst critically performing series out of Netflix’s Marvel offerings, Iron Fist was announced to be getting a second season at SDCC. Not a lot of details were revealed (including a release date), but the show will focus on the story of hero Danny Rand following the events of The Defenders, which begins in August. Taking a page from the Iron Man comics, the character Misty Knight will also be appearing in season two following her introduction in Luke Cage. 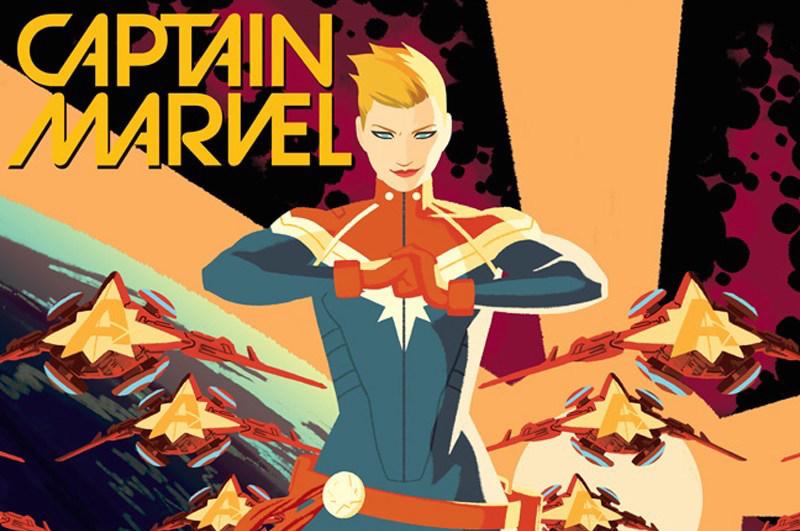 The Captain Marvel movie won’t be hitting theaters until March 2019 with Brie Larson starring as the hero, but Marvel used its SDCC panel to reveal a number of big details. First off, the film will set during the 1990s, meaning it takes place far before the events of most of the other MCU movies, especially the build-up to Infinity War. Next, Samuel L. Jackson will be returning as Nick Fury, albeit a much younger, two-eyed version of the S.H.I.E.L.D. agent. And finally Captain Marvel will be the MCU debut of the shapeshifting race of villains know as the Skrulls.