The Perseverance rover has met its ride to Mars, with NASA mounting the roving science experiment to the Atlas V rocket that will eventually take it to the red planet. While the launch isn’t for some weeks yet, Perseverance is already safely encased in the protective nose cone that will shield it during its fiery blast-off.

The nose cone, plus the aeroshell, cruise stage, and descent stage were then joined to the Atlas V booster rocket. It’s no small challenge: a 60-ton hoist was used to pick up the payload fairing, lift it 129 feet, and safely position it above the rocket.

It’ll remain there until the launch, and then through the Atlas V booster’s rise through Earth’s atmosphere. After 50-60 minutes, NASA explains, pyrotechnic connections between the two will fire, and leave the Mars 2020 spacecraft free to begin its trip in earnest. 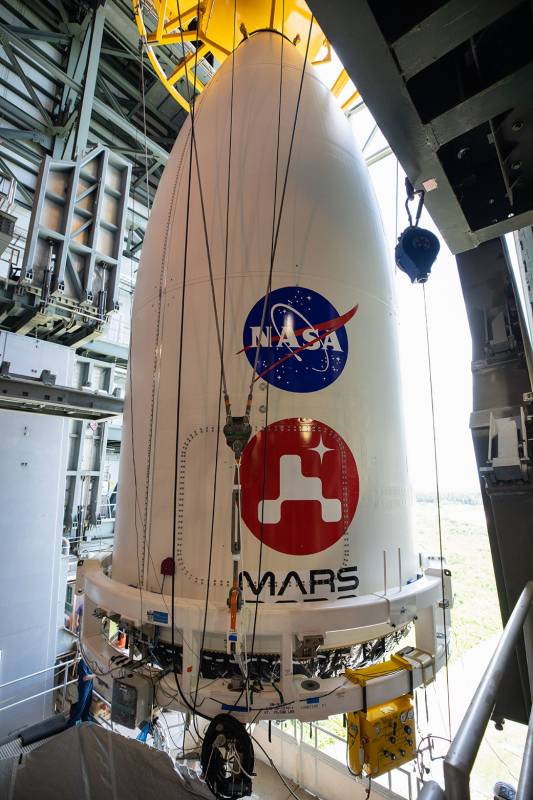 The actual launch, NASA confirmed recently, has been pushed back in 2021. Originally, the space agency intended to launch Perseverance sometime from July 17. Delays in completing the project – not least because of COVID-19 – forced an adjustment, however, and the new window is between July 30 and August 15.

The good news is that, having done the math, that remains a workable window. With the final weight of the spacecraft and its launch vehicle confirmed, NASA and the United Launch Alliance Flight Teams were able to calculate just how much propellant would be required for take-off.

What’s unchanged is the target date for actually landing on Mars. Assuming the rover makes it the 290 million miles from Earth to the red planet, the descent is due to take place on February 18, 2021. 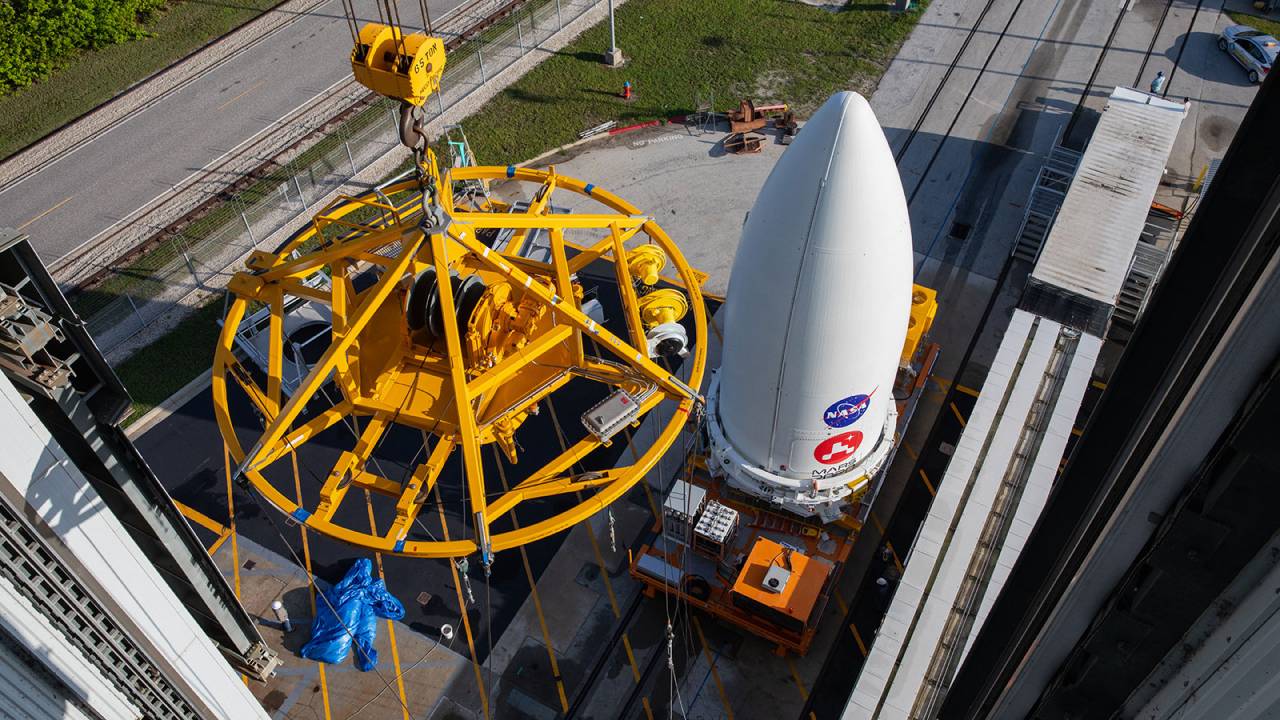 Having a fixed date in mind gives NASA’s teams a lot more information to work with, as the perilous journey down to the Martian surface. For example, they’ll be able to better understand the lighting and temperature conditions at the planned landing site in the Jezero Crater. It’ll also help make sure that the various satellites in orbit around Mars are in the correct position to maximize the data available back on Earth.

Even then, it will be a tricky process. Perseverance will descend on a huge parachute, designed to gradually lower the rover through the scant atmosphere and deposit it safely on the ground. After it lands, and tests have been carried out, the rover will deploy the Mars Helicopter – now known as Ingenuity – from its bay.

The helicopter is designed to test out potential aerial travel around Mars, as well as offer new mapping insights for future route planning. While it’s not expected to last more than a month, Perseverance’s active time on Mars should be far longer, if all goes to plan. NASA expects it to last at least one Martian year, or approximately 687 Earth days.