The helicopter will remain encapsulated after landing until deployed onto the surface of Mars after a suitable area to conduct the test flights is found at Jezero Crater. The Mars Helicopter is a high-risk, high-reward tech demonstration. If the helicopter is unable to fly on Mars, the science-gathering missions isn’t impacted.

If the helicopter is able to fly, future Mars missions might use flying vehicles to extend their explorations. The challenge for the helicopter is that Mars has an extremely thin environment, and scientists aren’t sure that a helicopter can fly. 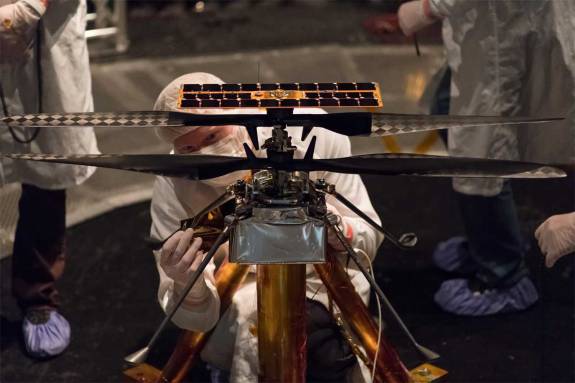