Manufacturers should stick to Android, despite Google exerting more control

Huawei was recently reported to be in the process of developing its own OS as a contingency plan. It isn’t unique nor first in that regard. Samsung has long been believed to have invested in Tizen for that very purpose. Both of these independent pieces of news share a common theme, a common goal: being free of total dependence on Google. That concern has recently resurfaced with whispers of Google desiring to exert more and more control over Android. But whether that is true or not, and it is likely to be true, Android hardware makers will be better off remaining with Android, with or without Google.

A Question of Control

At the heart of these concerns is the question of control, something which neither Google nor its OEM partners are willing to totally give up as can reasonably be expected. In contrast to iOS, Android has historically thrived on the openness of the platform, which helped what was once the David of the mobile world transform into its own Goliath. Google gave OEMs a lot of room to change and customize Android as they see fit, only really dictating the terms when it came to its Nexus devices. This allowed Android devices to be unique and varied, addressing different market segments and different types of users. Android smartphones and tablets could be likened to tweens and teens, trying to express their individuality contrasted against the sophisticated clique of the more adult iPhones and iPads.

Of course, Google didn’t completely hand over control to manufacturers. While an open source project, Android isn’t developed in the open, giving Google the final say up until it drops the code off into the public. It also requires OEMs to adhere to certain but very minimum requirements in order to be eligible to officially and legally ship with its Google Play services. And given the importance of those apps and services, which OEM wouldn’t want to anyway? In fact, Google has been accused, both in the US and elsewhere, of using that tactic to exercise a monopoly and close off the market to competitors.

And now there are rumors that Google wants even more, which are worrying OEMs. The truth of the matter, however, is that it might not exactly be all bad.

There is beauty in diversity but there is also ugliness in fragmentation. What is or was Android’s biggest strength is now seen as a liability. OEMs’ almost free reign over the software has more than a few times become a hindrance to quickly rolling out updates. That situation was highlighted in the Stagefright fiasco last year but it has almost been accepted as a fact of life within the Android community. Of course, it’s not an ideal situation and consumers shouldn’t have to live with that.

Both Google and manufacturers have publicly promised to do better, but with little results. Only the most current, and most expensive, models do get updated, usually a month or so after the actual update was released. The update doesn’t spread equally to all markets. Lower and some older but still supported devices are left out in the cold. 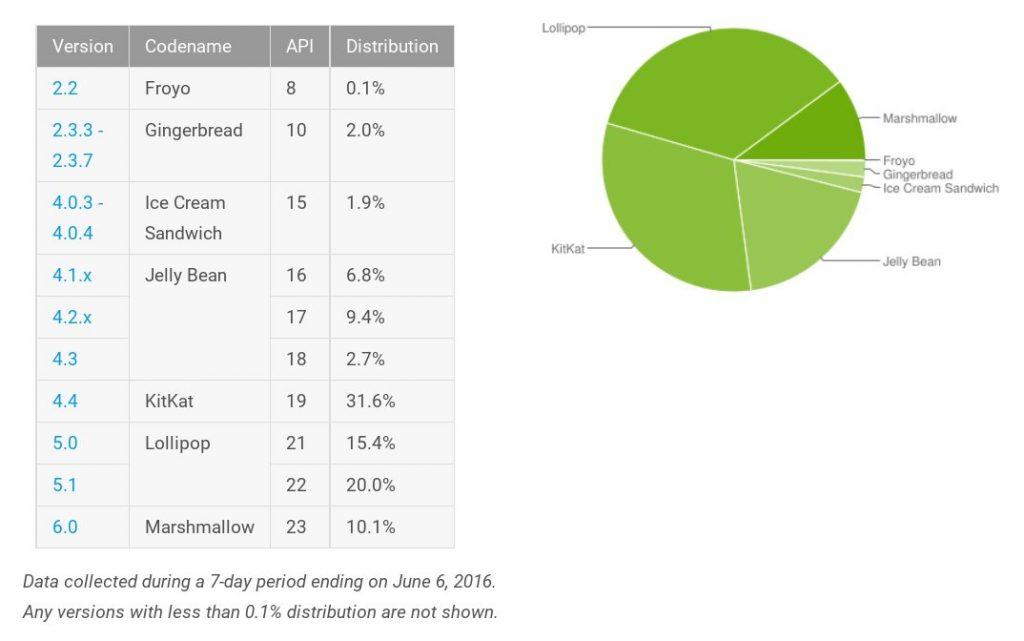 This doesn’t reflect well on Android as a whole and Google in particular. It is no wonder, then, that Google would want to rein in the chaos before it gets even worse. It is taking steps to address the update issues with Android N, which would allow it and OEMs to more easily push out system updates without touching the rest of the system or immediately disrupting the user. But Google might also be looking towards standardizing some hardware aspects as well, to make it easier for developers to target the Android platform without having to worry about differences in screen size, memory, processor, and the like. In short, Google might be out to create an Android iPhone market.

The latter is what has the likes of Huawei and Samsung in an early quandary. Although Android smartphones these days have admittedly become more similar in terms of raw specs and sometimes in design, they still vary wildly in features, quality, and performance. So should Google suddenly turn evil (or more evil, as some might argue), companies wholly dependent on Google’s mobile platform might suddenly find themselves constrained and imprisoned. So their solution? Slowly invest in and depend on a platform of their own.

More Trouble than It’s Worth

That is admittedly the most logical solution that immediately jumps into one’s head. It might, however, not be the best long-term solution. Half a decade ago, that might have actually made more sense, even business-wise. Though history would, of course, prove otherwise. We have the likes of Maemo/MeeGo, BlackBerry 10, Windows Phone, and, to some extent, Tizen to look to for examples. Those still exist today, in one form or another, but none of those would have the same pull and profitability compared to Android, unless you include some form of compatibility with Android apps.

Because at the end of the day, the software platform battle will be about apps and developers. Samsung doesn’t have a hardware problem and it can pretty much slap on Tizen on any of its myriad smart devices, which it already does. Huawei might have some problems there but it is more or less sufficient in smartphones and tablets and networking equipment. Getting developers to jump in on a new and different platform, however, is a different story, and one that doesn’t always have a happy ending.

Microsoft is a big name and its developer tools are pretty much considered standard. Despite that, it wasn’t able to gather enough app developers, especially the big ones, to fill its Windows Phone and Windows 8 stores. Windows 10 is faring better but even so it is also losing big developers as well. Samsung continues to try the same with Tizen, with relative success. And yet neither of those platforms can hold a candle the number of apps, not to mention games, available on Android or iOS.

In today’s mobile market, which some analysts might say has reached a plateau, companies might be giving themselves an even bigger headache by trying to outdo Android with their own, in-house OS. Never mind the actual resources required to create and maintain it, competing for developer mindshare will be near impossible. Developers are an efficiency-oriented bunch. They aren’t going to pay attention to your OS unless they know it’s going to be big, in terms of market share and reach, or if they have some other personal interest in it.

Does this mean manufacturers are out of luck should things head south in Google land? Hardly. This isn’t the first time Google was chided for its tight hold on Android, and it won’t be the last either. And time and again, there have been those that offered solutions that still remained squarely in the Android space, but without Google. Amazon has done it with its Fire OS. Nokia almost did it with Nokia X. Jide still does it with Remix OS, and Cyanogen, Inc. hasn’t stopped looking for hardware partners to support its Google-free Android vision. 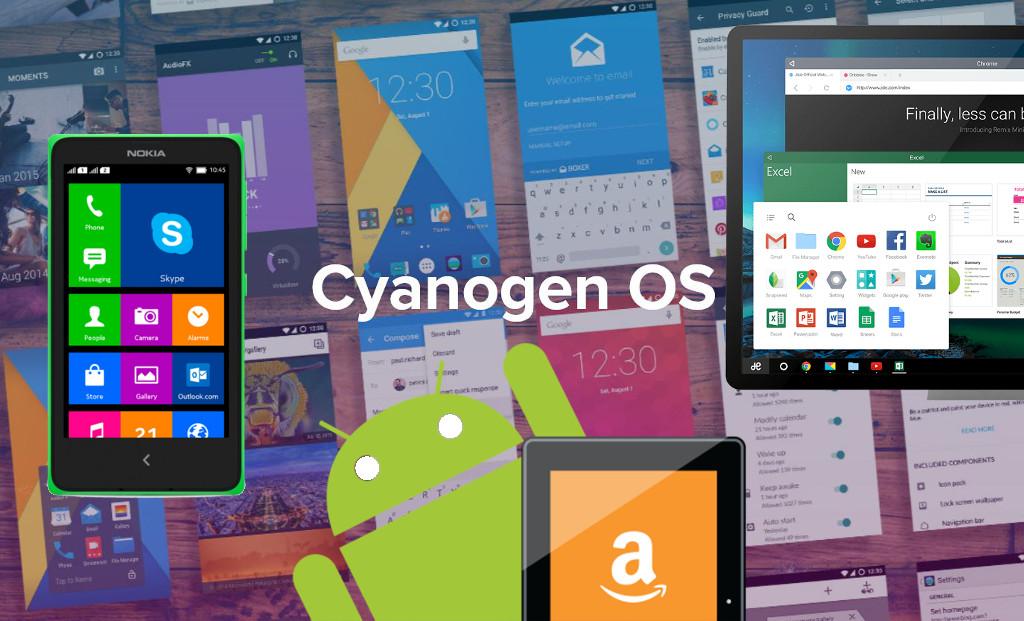 Android is open source software, which has allowed anyone and everyone to take it and shape it into their own (forking), albeit with some limitations. The aforementioned have proven that it is possible to do Android without Google, without throwing away the hundreds of desirable Android apps. It might take some work and there will be some gaps to fill. Areas of security will be of utmost importance for apps and third party app stores. But it has been done and can be done again. But it will mean not having to start from scratch or almost from scratch, which will be an undertaking of epic proportions.

And that all presumes there will be a need to be free of Google eventually anyway. Some might not agree with Google’s desire for control (or with Google itself entirely), but the goal of defragmenting the Android market is not easy to brush off. Whether it will actually help or kill Android, only time will really be able to tell. It would be beyond reason for Google to intentionally do something that will fatally hurt one of its cash cows. Unless it plans to replace it with another, like, say, Chrome.

This isn’t a blanket recommendation for everyone to just give up trying to create alternative mobile platforms. There are many, especially the open source ones like Ubuntu Touch, that revel in places Android dare not touch. But those other operating systems aren’t exactly out to make a profit from their products, though some revenue wouldn’t hurt. In most cases, they have a vision of what the ideal software might be and want to put that in the hands of users.

But Samsung and Huawei run a business, not a charity. Despite best intentions, in the end profit margins will always be the most important consideration. Striking off on their own to be free of Google’s control will only hurt those margins. And it will hurt Android as well, just when it needs supporters to really rally around it and improve it.

Worst case scenario, Google ends up extremely wicked and, to exercise full control over Android, decides to make it closed source. Perhaps then it will be time to draw the line. But even then, thanks to the power of open source licenses and the open source community, there will always be an Android ready for use.