Sources this morning suggest that the next “major” upgrade for the iPhone won’t be in 2016, as expected, but pushed to 2017. While there will still be a release this year – a new iPhone or two, that is – Japanese newspaper Nikkei reports that the so-called “iPhone 7” won’t be the company’s big upgrade as every other year generally holds. This works out with earlier reports of the new iPhones this year looking extremely similar to their predecessors. This could be Samsung’s big chance to pull out and ahead of Apple with the Galaxy Note 6, instead of the other way around.

While today’s information via Apple Insider does make mention of an upgraded set of vibration abilities in this new set of iPhones, they make no mention of cross-pollination and new connectivity between the new iPhones and Apple accessories. It could be that Apple does, indeed, keep a similar design for the iPhone 7 and iPhone 7 Plus, but adds the ability to work with the Apple Pencil.

Word is that the company will change the speed at which they release major upgrades from phone-to-phone, leaving 2 or 3 years between iPhones with full body modifications. This would be more akin to the first several releases of the iPhone, back before there was demand for new product every single 12-month cycle.

This presents an interesting opportunity for companies like HTC, LG, and Samsung. Companies used to releasing several smartphones a year. Will they continue at the pace they’re at now, or will they push new models in the same period Apple would normally do so?

For Apple device addicts, the cycle change won’t make all that big of a difference. Not with whether or not they’ll switch to a different smartphone manufacturer – they wont. Die-hard fans of Apple products will continue to buy a new iPhone every year, regardless of how much different it is from the last. 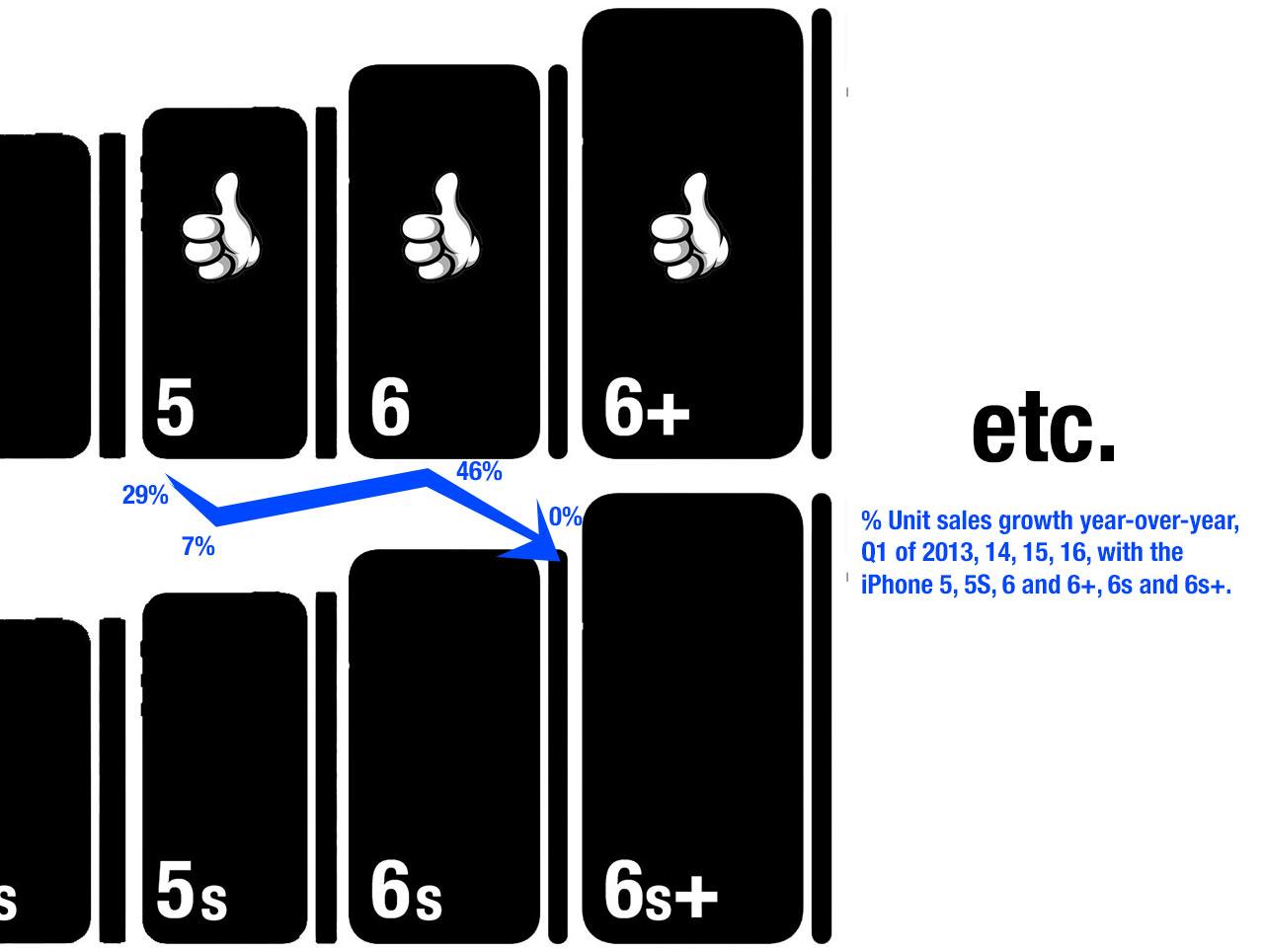 So what’ll Apple do?

Continue to sell iPhones, very likely at the same rate they’re selling them now, and every 3 years they’ll have a smartphone release that’ll be as big as the iPhone 4, the iPhone 5, and the iPhone 6.