Mobile devices with rollable displays are just around the corner, but one team is taking some fairly old-school inspiration for how a tablet could use the screen technology. The MagicScroll is the handiwork of Queen’s University’s Human Media Lab, combining a cutting-edge 7.5-inch flexible display with the form factor more akin to an ancient scroll.

Although several companies are known to be working on flexible panels, and firms like Samsung are expected to bring folding devices based on such technology to market within the next 12-18 months, so far there’s been less discussion around what form-factor they’ll adopt. Samsung’s Galaxy X, as the upcoming device is widely known, is believed to be a clamshell, taking advantage of the fact that a flexible screen could be folded in half without damaging it. 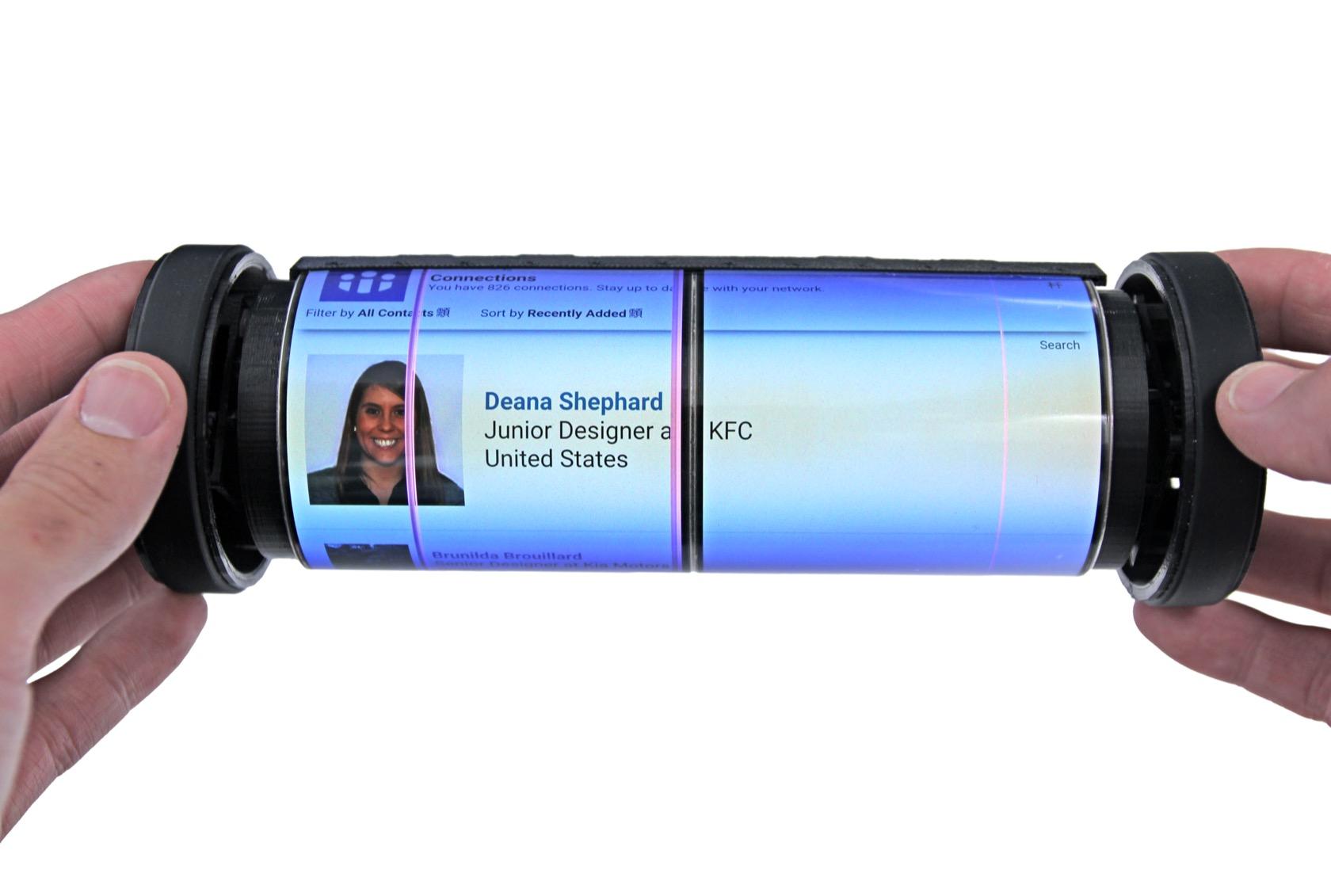 The Queen’s University team, however, envisages a different concept. Their argument is that actually rolling the display makes for not only a better use of space but a more effective one. As such, they’ve borrowed the design of a traditional scroll for their MagicScroll.

The 7.5-inch display, packing 2K resolution, is furled around a cylindrical body. That contains all the electronics – the processor, wireless radios, and other components you’d expect to find in a modern tablet – and has a pair of rotary wheels for navigation, one on each end.

With those wheels, and the display rolled up, you’d be able to scroll through a timeline of information. That could be a list of contacts, your Twitter or Facebook feed, messages, or webpages. If you find something you want to look at more in-depth, however, you could pull the screen out and use the MagicScroll more like a traditional tablet.

“We were inspired by the design of ancient scrolls because their form allows for a more natural, uninterrupted experience of long visual timelines,” Dr. Vertegaal, Professor of Human-Computer Interaction and Director of the Queen’s University Human Media Lab, said of the concept. The design would be lighter and easier to hold one-handed than a regular tablet, the team there argues, and more readily fit into a pocket. 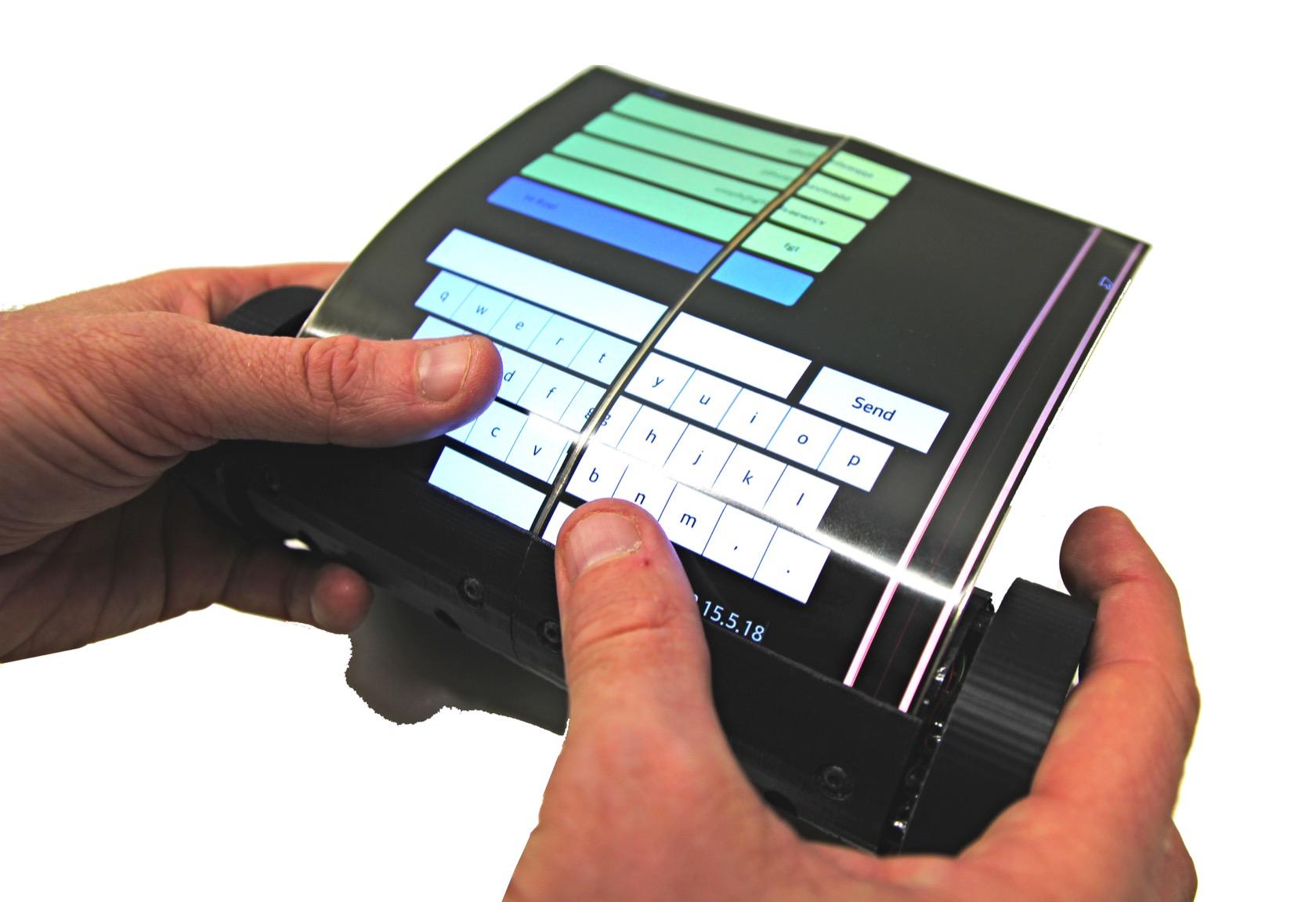 There’s more than just a rollable display involved, mind. The rotary controllers also work as wheels, with motors that allow the MagicScroll to spin or trundle. Dr. Vertegaal and his team suggest that could be used for more attention-grabbing notifications.

Meanwhile a camera built in would allow for gesture-based control, with the MagicScroll waved around like a Nintendo Wiimote. Of course, right now the prototype is the size of a truncheon, but the group aims to shrink that down. “Eventually, our hope is to design the device so that it can even roll into something as small as a pen that you could carry in your shirt pocket,” Dr. Vertegaal suggests.

Whether this is a better design than a tablet that folds in half – and thus remains flat, albeit smaller – is something that’s likely to be argued. Comments on the YouTube video seem divided on that point, with some liking the cylindrical form-factor while others aren’t so convinced. Right now, unsurprisingly, there are no plans to commercialize the MagicScroll. 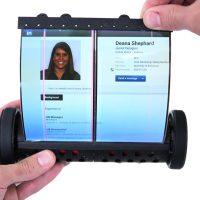 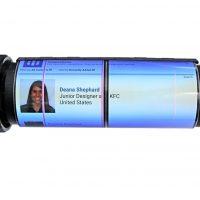 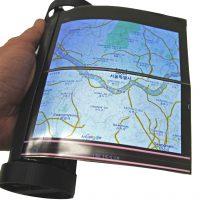 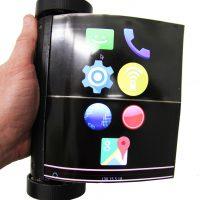 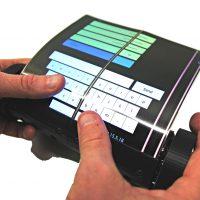