Though we’re still back in the prototype stages here with the Mad Catz Android-based gaming console called “Project M.O.J.O.“, we’ve still had the opportunity to take a look at the basic build here at E3 2013. This machine aims to do battle with the few similar products on the market today, namely OUYA, for starters, and remains without a set of solid innards: they MIGHT be going with NVIDIA Tegra 4 for their final build, for example.

This machine is miniature – palm-sized, that is, and is made of mostly hard plastic on the outside with Mad Catz signature flare here and there. This machine works with Android 4.1 in a stock build for now, and will likely come with some sort of custom set of applications once it launches later this year.

The company hasn’t been entirely clear on how much they’ll be charging for this device once it’s released, but they are making certain the public knows that it’ll be working with their whole accessory collection right out of the box. This device isn’t going to jump out of the shadows with an ecosystem devoid of controllers, that’s for certain. 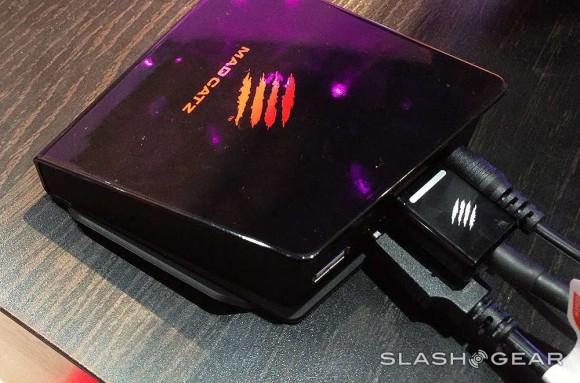 Here at E3, the team is showing off some key Android titles including Riptide – easily one of the longest-lasting demo-worthy games in the Android gaming universe. We’ve seen this game being demoed on devices for over a year now, easily – such is the simplicity and excellence of the folks that make it (and there’s a second iteration coming soon too!) 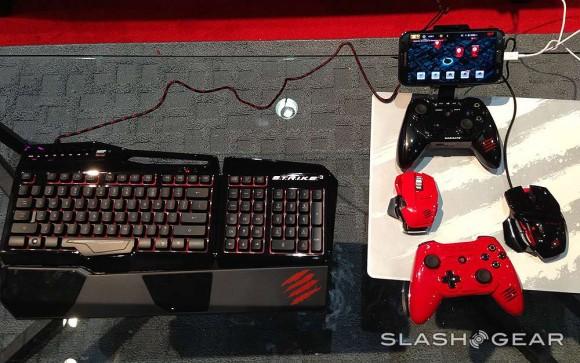 The full Mac Catz accessory line was out on the floor this week with such bits and pieces as the C.T.R.L. wireless gaming controller, Cyborg R.A.T. gaming mouse, and keyboards galore. Each of these will be working with Project M.O.J.O. – if you do so wish – when the device comes to the market – check it!