Supposing you saw the one single appearance of a MacBook with a touchscreen during the Apple keynote “Back to the Mac” in the year 2010, you may be wondering when this device is going to be released. As it was stated then by Steve Jobs – and as the company has maintained since – the touchscreen laptop doesn’t work. Today, though, a new sort of MacBook has appeared in a patent application from Apple – one with a touchscreen on it.

The touchscreen on this MacBook is not up front. This touchscreen is not the same display you use up front, inside the device. Instead it’s set on the back of the laptop – or up top, if you’ve got the device closed. 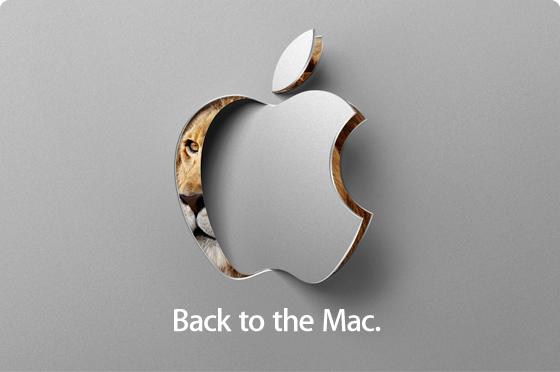 We’re reminded of Steve Jobs’ words at the 2010 Back to the Mac keynote. It was there that – while the image you’re seeing at the head of this article flashed upon the screen – he said thusly:

We’ve done tons of user testing on this, and it turns out it doesn’t work. Touch surfaces don’t want to be vertical.

It gives great demo but after a short period of time, you start to fatigue and after an extended period of time, your arm wants to fall off. it doesn’t work, it’s ergonomically terrible. Touch surfaces want to be horizontal, hence pads.

For a notebook, that’s why we’re perfected our multitouch trackpads over the years, because that’s the best way we’ve found to get multitouch into a notebook.

We’ve also, in essence, put a trackpad – a multitouch track pad on the mouse with our magic mouse. And we’ve recently come out with a pure play trackpad as well for our desktop users. So this is how were going to use multitouch on our Mac products because this doesn’t work.” – Steve Jobs

Today’s patent was dug up by Apple Insider and includes word of an external screen that works as both a touchscreen input as well as a solar power supply. This patent is listed as “Electronic device display module”, and can be found at the USPTO as such.

This patent has the display module that currently works up front of a MacBook to be two-sided, with the back side (normally reserved for the Apple logo) to be able to be covered with electrochromatic glass. This means that light will be able to pass through only when the user desires it, and that the Apple logo – here made with a patterned ink layer – will be able to disappear.

Credited on this design are the following: Adam T. Garelli, Peteris K. Augenbergs, Brett W. Degner, Thomas W. Wilson, Jr., Keith J. Hendren, Bradley J. Hamel, Michael A. Damlanakis, Patrick Kessler, and Dinesh C. Mathew. This patent was filed all the way back in 2010 – falling directly in line with the time Steve Jobs was first speaking about how the group was investigating the possibilities with said technology.