It’s new Mac Pro day, and if you’ve been saving up for Apple’s 2019 flagship then now’s the time to smash open the piggy-bank and hope you’ve got enough in there. Apple previously told us that it would be pricing the new macOS desktop from $5,999, but unsurprisingly things get even more expensive when you start checking off the options. Read on for what’s on offer – and what a maxed-out Mac Pro will set you back.

The entry-level Mac Pro gets Intel’s 3.5GHz 8-core Xeon W processor, with Turbo Boost up to 4.0GHz. There are four optional upgrades, offering up to 28-cores. It’s worth noting that, if you also want the maximum memory in your Mac Pro, you’ll need the higher-end 24- or 28-core CPUs too. 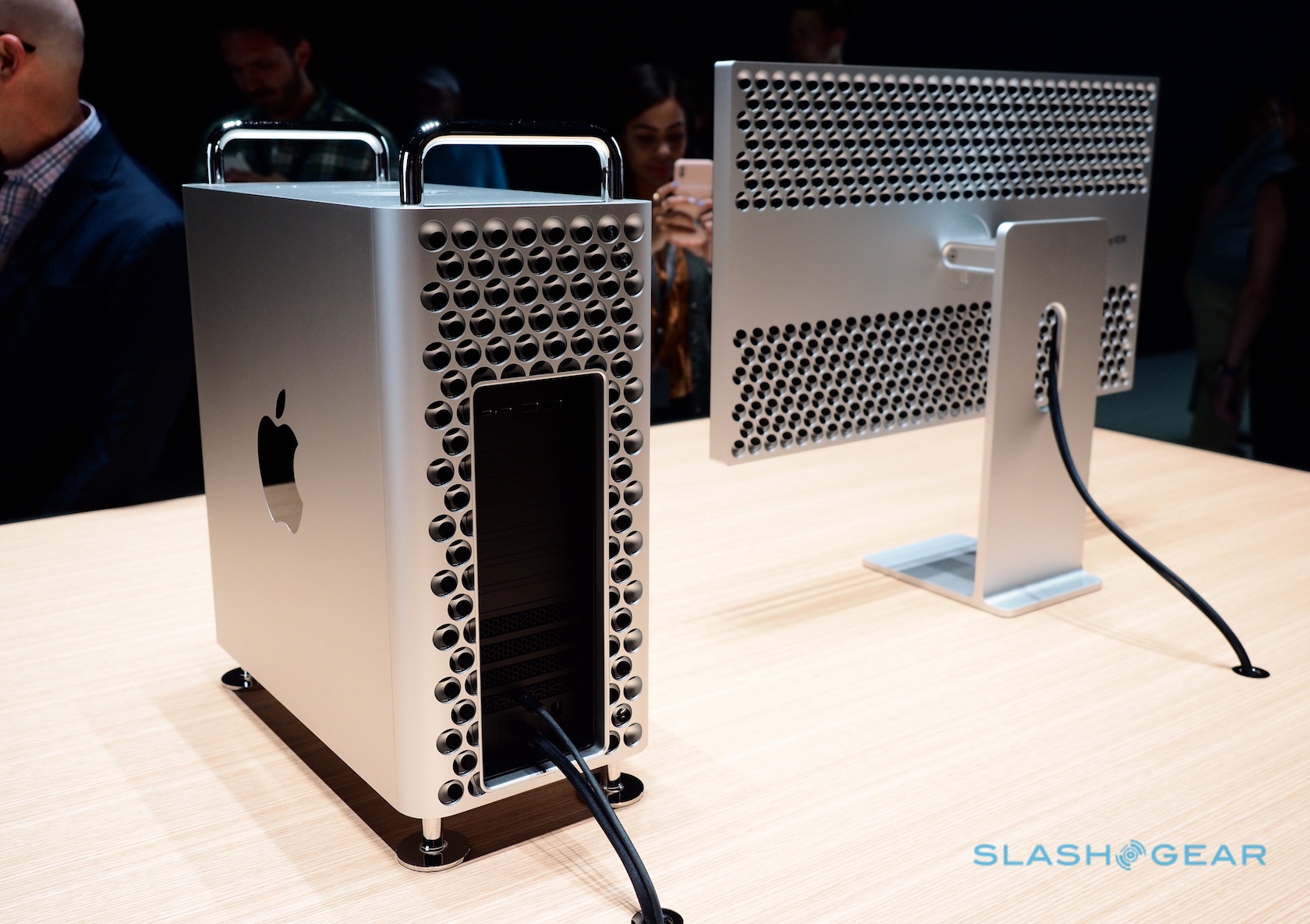 Apple’s entry-level model its 32GB of DDR4 ECC memory, as four 8GB DIMMs. However the sky is the limit, with up to 1.5TB of memory potentially supported. You might find shopping around for third-party DIMMs is cheaper, and since the Mac Pro is designed to be easily upgraded that’s just a matter of unlocking the top handle and sliding off the aluminum housing. 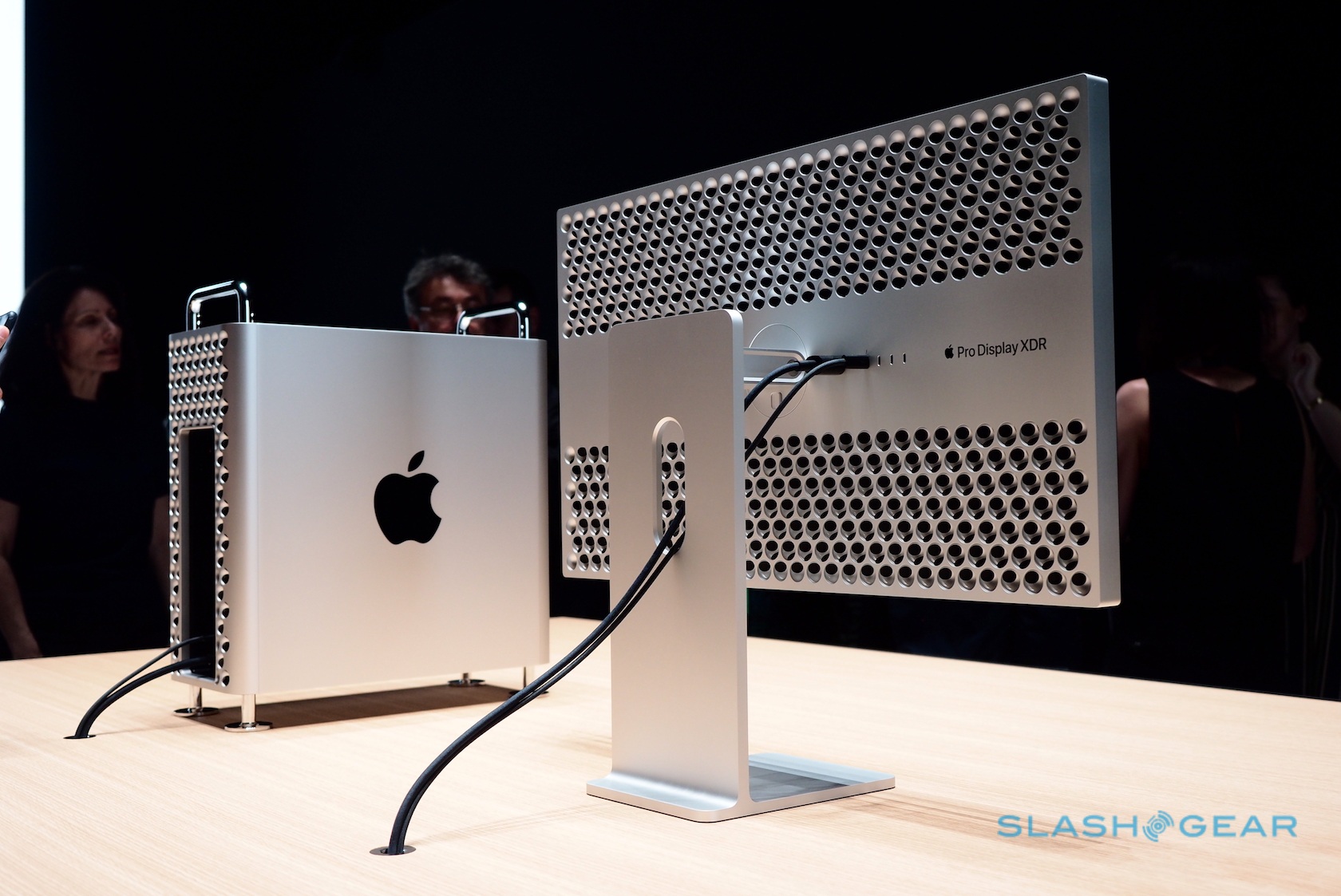 Another option to consider is the Apple Afterburner. That’s a PCIe accelerator card, which can take on decoding of ProRes and ProRes RAW video codecs in Final Cut Pro X, QuickTime Player X, and supported third-party applications. It’s installed into PCI Express slot 5 (x16), and is priced at $2,000. 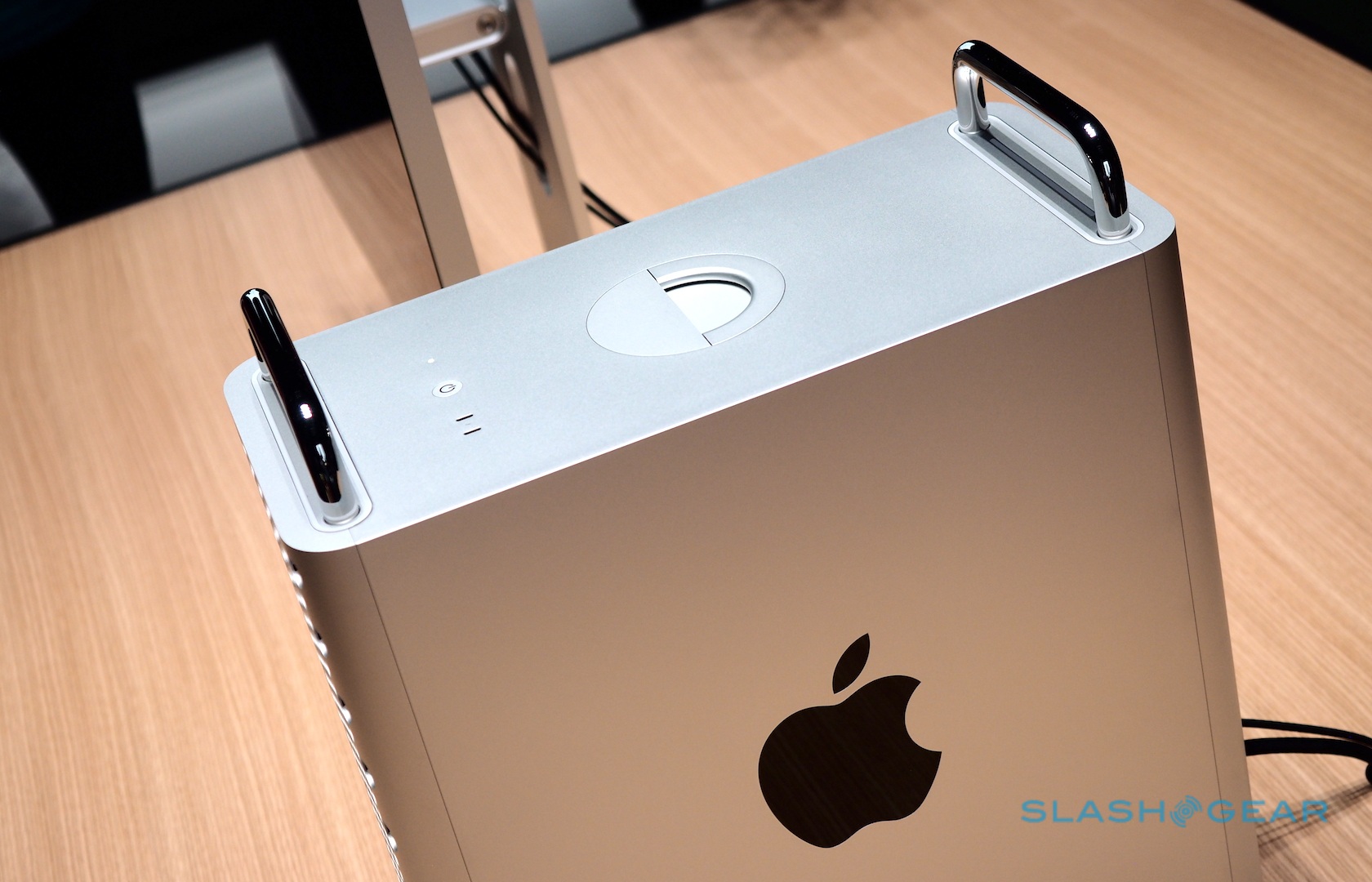 However, there’ll be an 8TB SSD available to configure “soon,” the company says. Until then, there are plenty of Thunderbolt 3 ports to add external drives if you prefer.

Apple has a short list of accessories you might want to consider with the Mac Pro 2019. The base model comes with a black Magic Mouse 2 and matching black Magic Keyboard with Numeric Keypad, along with a black power cord and a black USB-C to Lightning cable to charge the peripherals. You can add a black Magic Trackpad 2 for $50, or get both the mouse and the trackpad for $149. 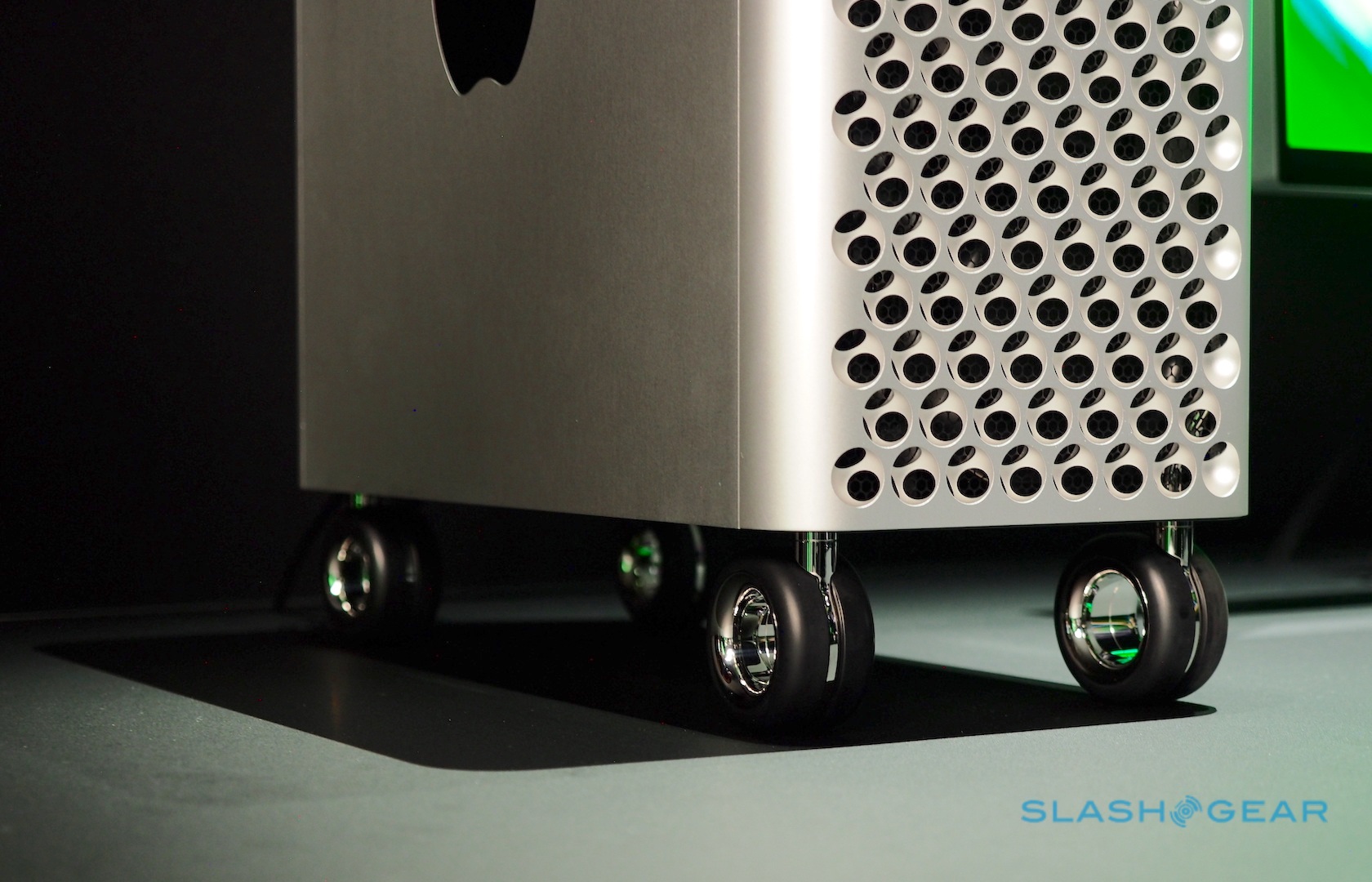 As for transportation, the standard Mac Pro has stainless steel feet. You can swap those for wheels, however, if you want to trundle your computer from room to room, or just make it easier to rotate it on a desktop. They’re $400.

So you’ve got a company credit card to flex, no limit on your expenses, and are in the mood for a new Mac… good for you! If you max out the 2019 Mac Pro you’re looking at a whopping $52,748. That’s before any software, but with all the current accessories. Apple says such a configuration will ship toward the end of January 2020 or early in February 2020.