If you want to give your new Mac Pro (2019) a fancy set of roller-skates, be prepared to dig deep. Apple’s new pro-spec computer isn’t short on headline-worthy specifications, with features like special modular graphics cards and up to 28-core processors, but it’s arguably the optional Mac Pro wheels that caused the most consternation back when the new tower was revealed earlier in the year.

For all its faults, portability wasn’t really a problem with the last-generation Mac Pro. Its cylindrical casing may not have been friendly to internal expansion, not to mention repeatedly compared to a trash can, but you could fairly easily pick it up and carry it to another desk.

Not so with the new, more traditionally-shaped Mac Pro. 2019’s machine returns to a tower form-factor, with a stainless steel subframe onto which a carefully machined casing slides. It allows Apple to offer eight PCI Express slots, not to mention plenty of cooling, twelve DIMMs for memory, and a beefy power supply. However it also tips the scales at almost 40 pounds, configuration depending.

Apple’s answer is a set of optional wheels, which fix to the bottom of the casing and allow you to trundle the Mac Pro around instead. That could be to move it from under your desk, if that’s where you’ve stashed it, or simply to more easily rotate it on the desktop so as to access the rear ports. 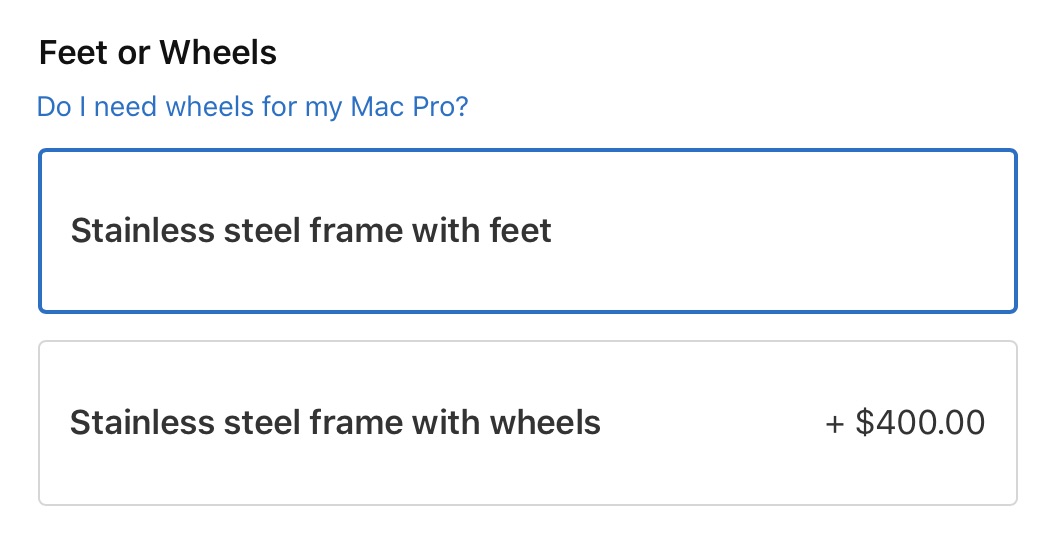 The lingering question was how much those wheels might cost. After all, the Mac Pro itself is priced from $5,999 – and that’s before you get into the wilder configurations – so Apple clearly isn’t shying away from premium price-tags. The fact that the clever (and optional) stand for the Pro Display XDR is a whopping $999 all on its own, too, left us expecting something similarly expensive for the wheel kit.

Expensive? Sure, though we weren’t exactly expecting Apple to make this a budget accessory. Despite many people thinking they’re among the Mac Pro’s target audience, the reality is that this is the company’s most potent, most flexible macOS machine, and it’s focused resolutely on the demands of people like professional animators, architects, and similar. 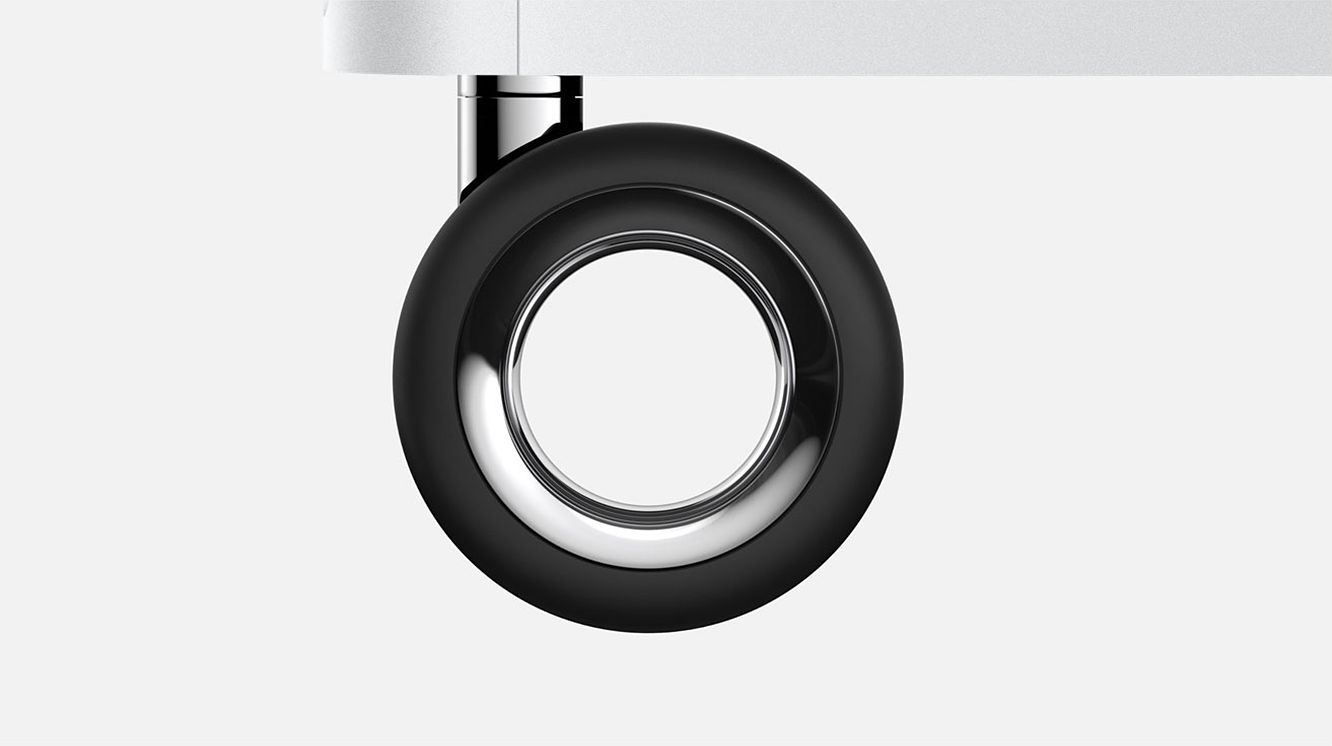 The rest of us get to look on wistfully from afar, occasionally looking into our wallets to see whether several thousand dollars have randomly and unexpectedly appeared in there. Spoiler: it probably hasn’t. Second spoiler: you don’t get as much for selling a kidney as you might think.

If the thought of spending $400 on a quartet of casters fills you with dread, don’t fret. It seems eminently likely that, once the Mac Pro starts filtering out into the wild and accessory-makers get a chance to measure it up, we’ll see numerous third-party options for increasing the tower’s portability. Orders have opened up today.