Wearable displays are going to change the mobile market, not to mention gaming, and usher augmented reality into the mainstream. At least, they will if display specialists Lumus have anything to do with it: the company has already shown us its 720p twin-display wearable prototype back at CES 2012, and SlashGear caught up with the company again today to see arguably an even more impressive version, the OE-31. Lower resolution, true, but smaller, lower-power and easier to disguise in the average pair of glasses: this could be the way you consumer your Twitter, Facebook, email, GPS and more on the move in just a couple of years time. Read on for our first-impressions.

Lumus announced the OE-31 optical engine just before Mobile World Congress last month, but public displays haven’t been forthcoming yet. Like the DK-32, the wearable screen consists of a tiny projector – which would be integrated into the hinge section of your glasses – and a transparent plastic slice through which the picture shines. Built into the plastic is a series of lenses that reflect sections of the projection into the user’s eye. 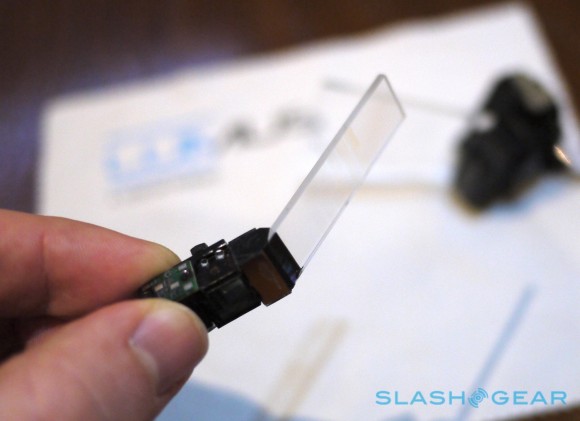 The end result is a virtual display that floats on top of a view of the world around you, allowing you to see both simultaneously, and seemingly getting bigger the further into the distance you gaze. The OE-31 runs at nHD resolution (640 x 360) but, Lumus tells us, more important than the number of pixels is how cleanly they line up, and the blend of ambient light and projected light, without which the display would be uncomfortable in extended use.

If the DK-32 system – which has twin lenses and runs at 1280 x 720 – is ideal for video and gaming, then the OE-31 is perfect for augmented reality. It floats a discrete bubble of information for your right eye, and the projector assembly itself can be trimmed down so that, we were told, it could probably fit into our regular glasses. Lumus’ prototype is far bulkier than it needs to be – it’s basically a hurriedly-assembled test mule for demonstrations to potential customers and the press – so expect final products to be considerably more discrete.

Lumus wouldn’t tell us which companies it is in discussions with – it will only supply the displays themselves as an OEM, with form-factor, purpose and price decided by the manufacturers and retailers – but did say that there were “big, recognizable names” on the roster that you wouldn’t need to be an arch-geek to understand. The first commercial devices could be on the market early next year, and although Lumus isn’t responsible for RRPs, it expects entry-level systems to be around $200 or even less, while more advanced models come in at anything up to $500. There’s also the possibility of cellphone-style subsidies from mobile manufacturers using the technology and selling them with carrier contracts. 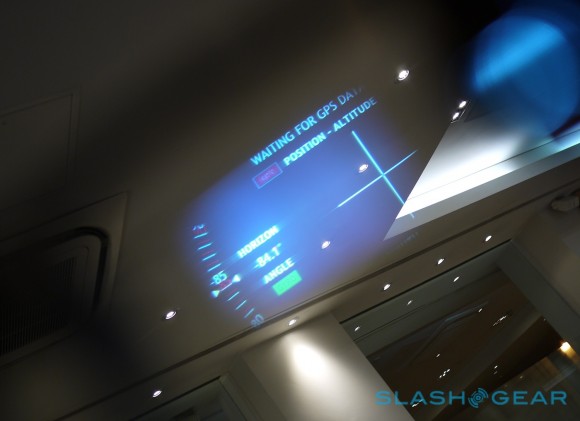 Does it work? You bet it does. The DK-32 headset is very much like watching a slightly transparent big-screen LCD from six foot or so away, perfect for entertainment and gaming applications: Lumus was running it from the HDMI output of an iPhone 4S, and it proved great for browsing webpages, playing motion-controlled games and reading.

The OE-31 meanwhile is more low-key. It can push out more opaque blocks of content, like its bulkier twin-lens counterpart, but it’s better when the graphics are pared back. Lumus showed us a navigation demo, with simple on-screen arrows that could quietly guide you around the streets without making you look like a hopeless tourist, along with a messaging demo that pops urgent emails up into your line-of sight. With a front-facing camera array doing hand-tracking – just like Google’s rumored AR Glasses project is believed to include – you could navigate the UI with sweeps and gestures. While it takes a little getting used to initially, after a few minutes it felt surprisingly natural – certainly less hassle than pulling your smartphone out of your pocket every few minutes to check new alerts. 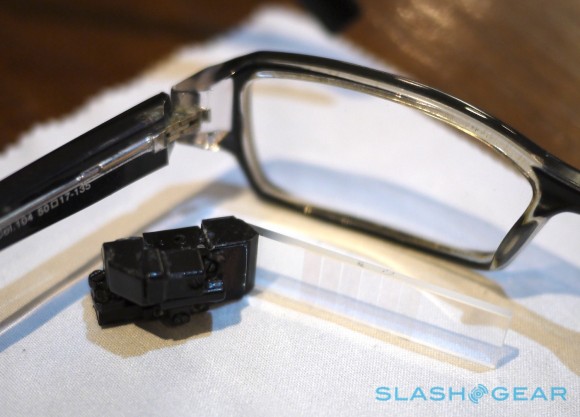 There are some remaining questions, of course. The demo units use wired connections, tethered to a prototype OMAP-based driver box with an HDMI input, and indeed Lumus expects some of the commercial implementations to rely on wires between the controller device and the headset. Others, though, will be wireless, though that will demand onboard batteries and an subsequent increase in bulk. Lumus says the general goal is for a wearable that has sufficient battery life for a day’s use, though that’s more likely to be the case with wires than wireless, and will undoubtedly depend on what the glasses are being asked to do.

Perhaps the bigger question is whether developers are ready for the wealth of possibilities the new displays enable. The obvious use – given the increasing performance of smartphones – is to port console-style gaming to a wearable platform, but Lumus pointed out that the 3D-capable nature of the display and the way projected content can seem to blend with the real-world opens all manner of new avenues. For instance, opponents in a first-person shooter could appear to walk toward you through your current environment, appearing to get larger as they approached. 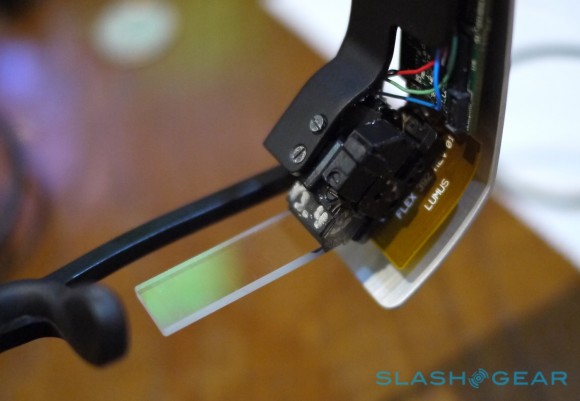 The “killer app” though, Lumus believes, is yet to be created. They point to the rise of the iOS app, unforeseen before the iPhone opened the door to the imagination of developers; a similar thing is predicted for wearables. It’s a segment we’re hugely excited about – despite the potential for embarrassment – and it’s finally reaching the market. This time next year, wearable displays may well be an integral part of your mobile life. 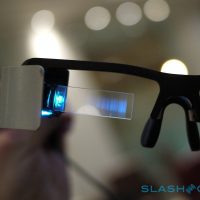 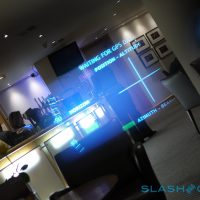 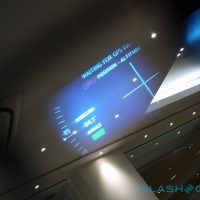 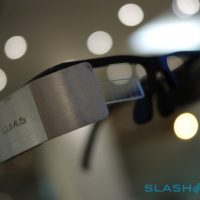 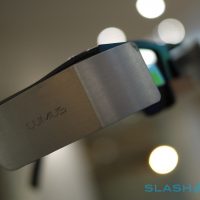 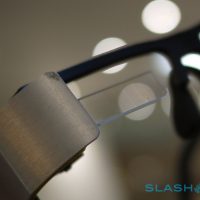 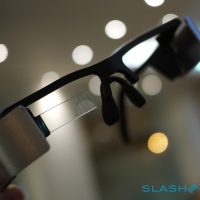 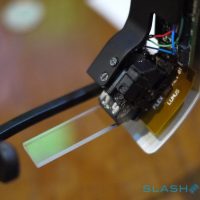 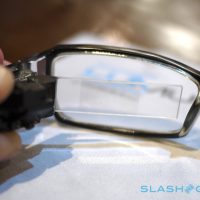 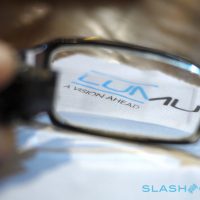 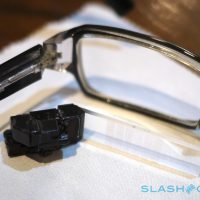 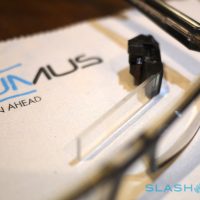 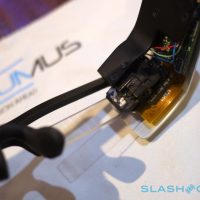 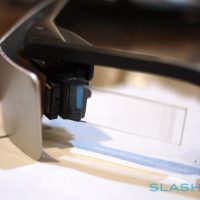 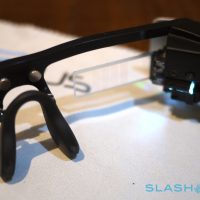 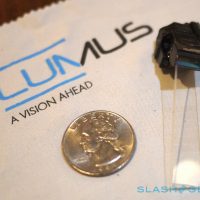 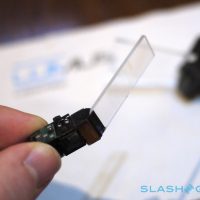 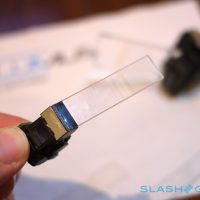 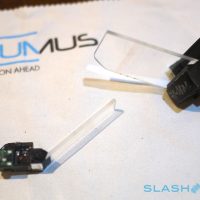 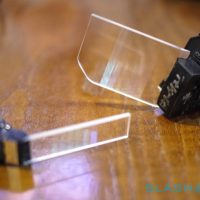 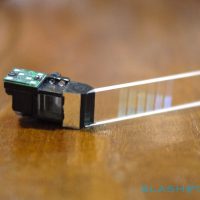