Lucid Motors has gone public, listing as $LCID on the NASDAQ and raising $4.4 billion as it heads into the final countdown for producing and selling its Air all-electric luxury sedan. It’s been a tumultuous journey for the automaker from its founding in 2007 to here, and the clock is ticking for Lucid to prove it really can disrupt the EV status-quo as it has long claimed it will.

We first saw the Lucid Air back in late 2016, and since then the automaker’s claims haven’t exactly been coy. Certain configurations will offer 500+ miles of EPA range on a charge, Lucid has said, with performance as rapid as 0-60 mph in 2.5 seconds.

Still, like many would-be auto industry disruptors, Lucid has had to battle to make the whole thing make sense financially. Production of the Air was pushed back, though now the company says it should begin that in the second half of 2021. It’ll use the new merger with SPAC Churchill Capital Corp IV – and the funds it raises – to help pay for that.

There are, Lucid says, currently over 11,000 reservations for the various configurations of Air it plans to build. All of its Air Dream Edition models – which will be manufactured first – have been reserved; subsequent trims, including the Grand Touring, Touring, and most affordable Pure, will follow, though it won’t be until 2022 at the earliest before the cheapest Air arrives. 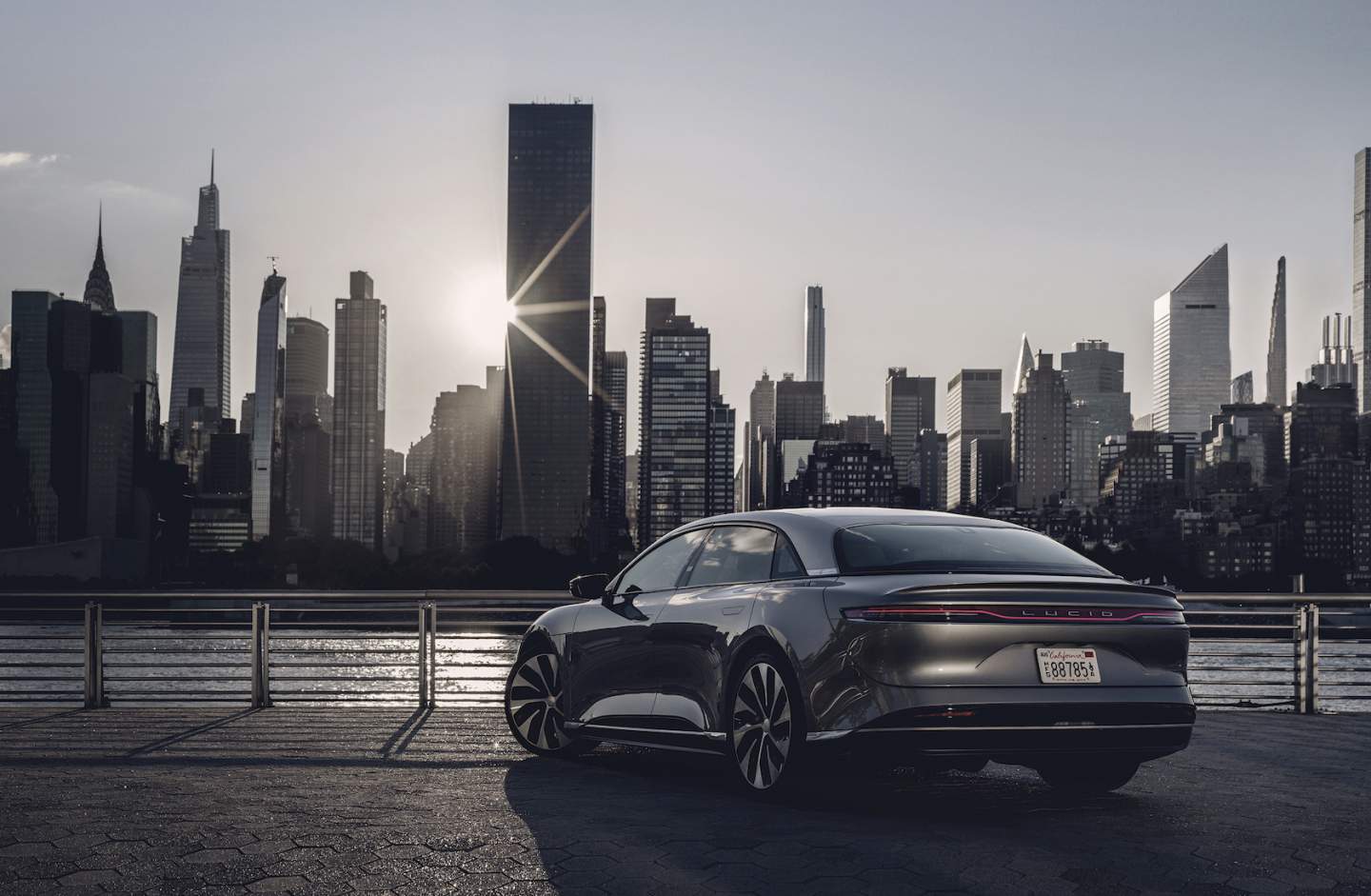 Part of Lucid’s challenge, of course, is raising its profile amid the increasingly crowded electric luxury segment. With Tesla dominating mindshare, and established brands like Mercedes-Benz preparing to weigh in with all-electric heavyweights such as the new EQS, speed and range aren’t going to be sufficient in themselves to distinguish models like the Lucid Air.

The automaker’s strategy there is to put the Air where people can’t miss it. Three new “Lucid Dream Ahead” boxes have been placed around well-trafficked spots in New York City, for example; they’ll be uncovered to reveal an Air sedan in each. Unable to count on Tesla’s “we don’t pay for advertising” model, Lucid is putting ads on CNBC, in newspapers, and on the Times Square digital billboards.

The reality is that, at $131,500 for an Air Grand Touring, the Air will go head to head with some strong competition. Mercedes hasn’t confirmed pricing for the 2022 EQS arriving in the near year, but says to expect it to be roughly on a par with the S-Class. Meanwhile, a more powerful Tesla Model S Plaid is $129,990.

Despite that, the automaker is looking ahead to how it can best spend its new windfall. “Lucid will add 2.7 million square feet of additional space at our greenfield factory in Arizona,” CEO Peter Rawlinson said today. “This will allow us to add a separate line for our Project Gravity electric SUV even as we accelerate its development.”

The short-term question, as customer car production nears, is just how many of the reservation holders convert their refundable deposit into an actual order. We’ll find that out later in the year, when Lucid opens the order books officially.