Logitech’s Harmony range of universal remotes is opening its arms to the smart home, with two new models that can control not only your TV but your lighting, thermostat, and more. The Logitech Harmony Ultimate Home and its more affordable Harmony Home Control sibling both work with the company’s Harmony Home Hub, launched last year to support the home automation apps for iOS and Android.

The Ultimate Home and Home Control remotes, however, are for those who’d rather have a dedicated controller for their smart home, rather than always reaching for their smartphone.

The Ultimate Home, at $349.99, has a 2.4-inch color touchscreen but no shortage of physical buttons, mostly to handle media playback. Inside, there’s WiFi g/n and Bluetooth, along with a rechargeable battery.

It can control up to fifteen devices, along with consoles like Xbox One, Xbox 360, PS3, and Wii. 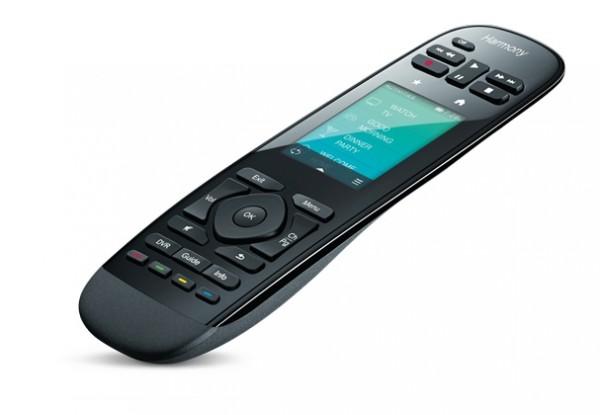 As for the Home Control, the $149.99 remote misses out on a display, and can only handle eight devices on its own. It has dedicated buttons for lights and remote plug sockets, as well as “Activities” keys which trigger macros.

Those macros might include turning on the TV, lowering your powered blinds, adjusting the lights to cinema levels, and powering up your surround sound system.

Out of the box there are more supported brands than before, too. Logitech’s system can now control products from August, Honeywell, Kwikset, Lutron, Nest’s Learning Thermostat, PEQ, Philips hue, Schlage, SmartThings, Sylvania, Yale, and Zuli.

The Harmony Home Hub, meanwhile, comes with both of the new remotes or can be purchased separately for $99.99. A Hub Extender, coming soon, will expand ZigBee and Z-Plus support for things like garage doors, lights, smart locks, and more.