Logitech has been on a roll with wireless mice lately, resurrecting the MX Master name for its excellent flagship peripheral, and now following that with the MX Anywhere 2 Wireless Mobile Mouse for travelers. Buffing the rough edges from the original Wireless Anywhere Mouse, and throwing in support for the gestures common in today’s software, it’s a smaller, cheaper version of the high-end model intended to slip neatly into a bag. Question is, has the shrinking process also reduced the Logitech’s charm?

The familial resemblance is clear, certainly. Clad in black and metallic-effect plastic, with rubber side-grips and a chrome-finish scroll wheel, the MX Anywhere 2 is a palm-scale version of the MX Master. 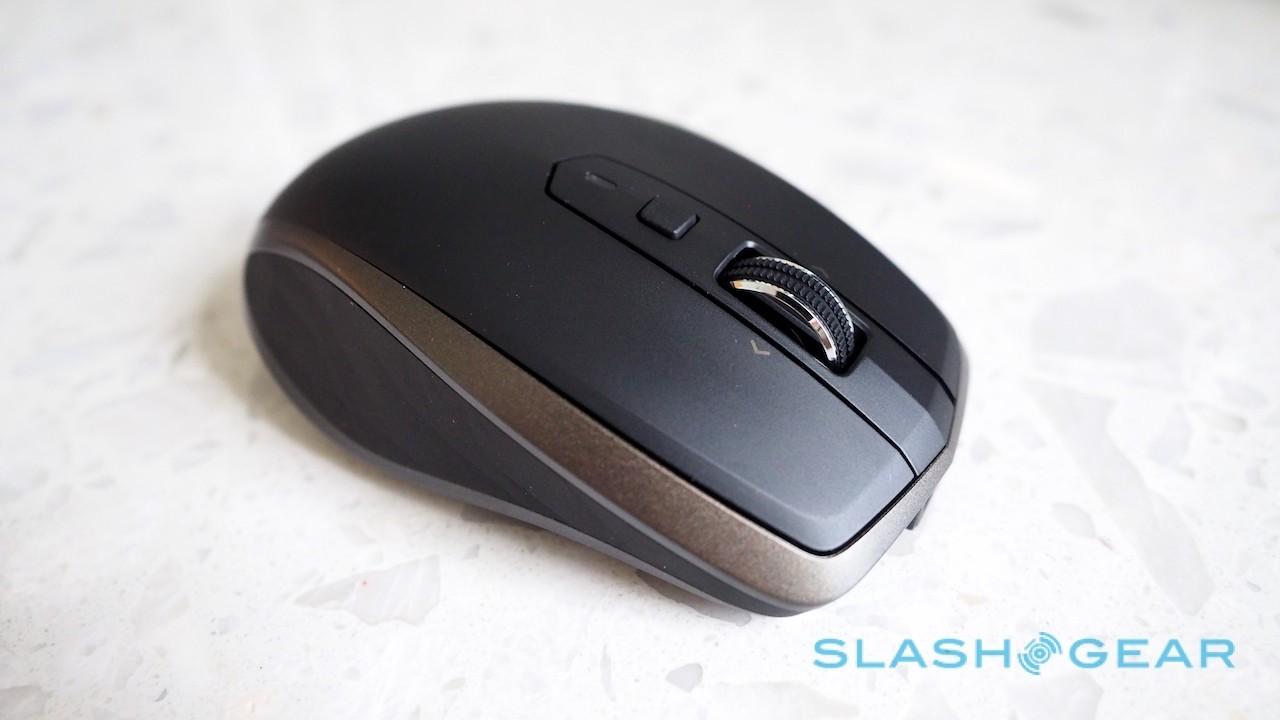 On the top there are the two regular buttons, along with a scroll wheel and a gesture button just beneath it. Scroll buttons fall underneath the right thumb on the side. The scroll wheel itself is one of Logitech’s special “hyper-fast” examples: click it down and it switches between free-wheeling and notched, so you can flip between zooming down pages or carefully stepping along every line.

It’s not quite as meatily-damped as the wheel in the MX Master, which you notice in free-wheeling mode, and the click to switch between the two types of scrolling feels a little plasticky. Gone, too, is the MX Master’s side scroll wheel; instead, you can tilt the top wheel left and right. 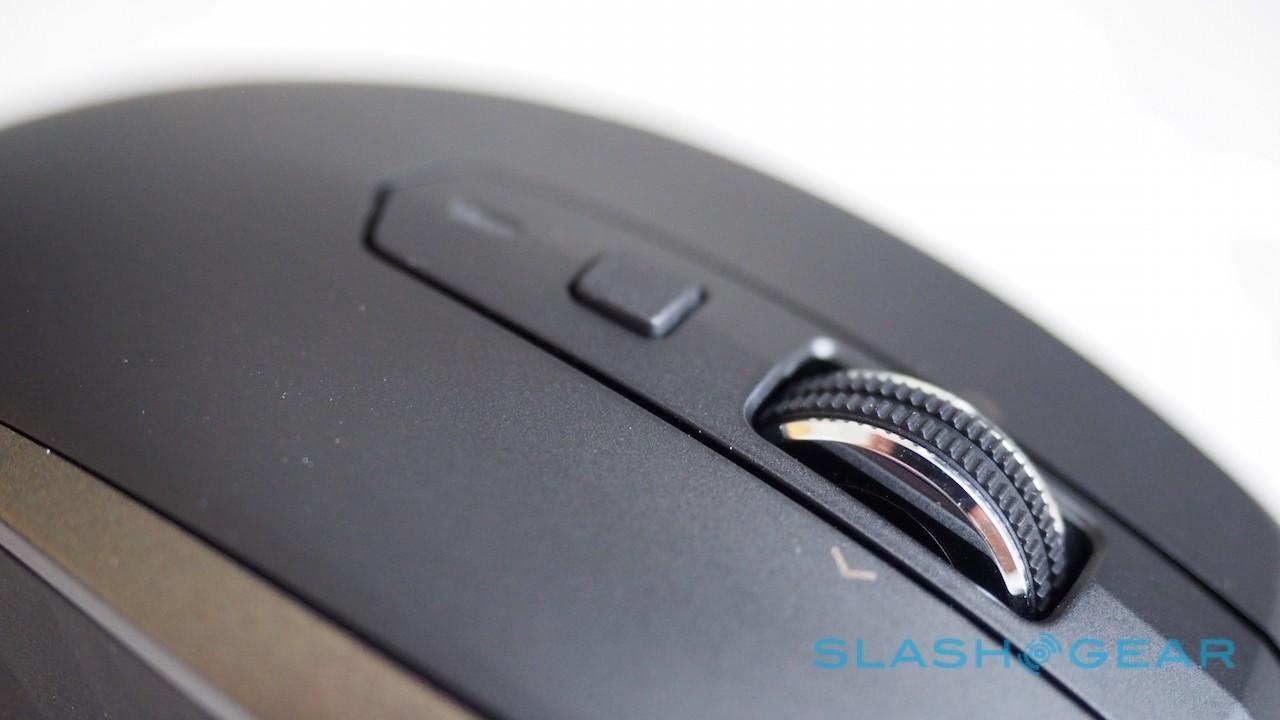 Press the button underneath that wheel, meanwhile, and you trigger the gesture mode. What, exactly, that does depends on how you’ve set up the Logitech Options companion software: there, you can map movements of the mouse when you’re holding the gesture button down to thinks like two-finger scroll or Mission Control on a Mac.

Flip the mouse over and underneath, as well as a physical power switch – far preferable to a button, which can be inadvertently tapped in a bag – there’s an Easy-Switch key which can flip the MX Anywhere 2 between three different system pairings. Logitech includes a USB receiver dongle in the box, or you can use Bluetooth instead; I had no problems hooking the mouse up to a MacBook via Bluetooth and a Windows media PC via the dongle, and then switching between them on the fly. 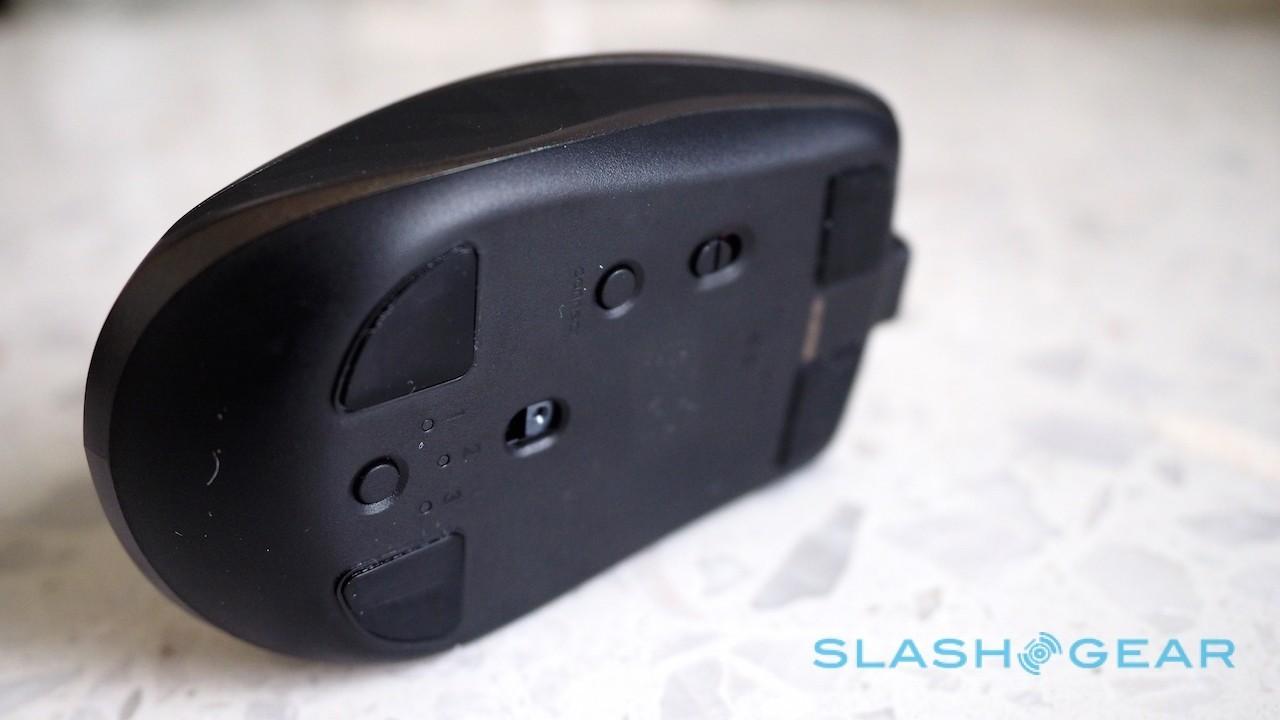 Gone from underneath, though, are the standard AA batteries of its predecessor, replaced by a quick-charging USB system. Hook up the microUSB port to the supplied cable (or, indeed, any USB charger you might have lying around) and in a minute, so the claim goes, you’ll get two hours of use.

Certainly, I’m yet to have to recharge it, and while being able to swap out a couple of standard batteries is convenient – with the proliferation of portable battery packs and phone chargers we all generally carry – Logitech’s decision to switch makes a lot of sense and, to my mind, is preferable. I’d have liked to have seen a battery gage, however, to show charge status. 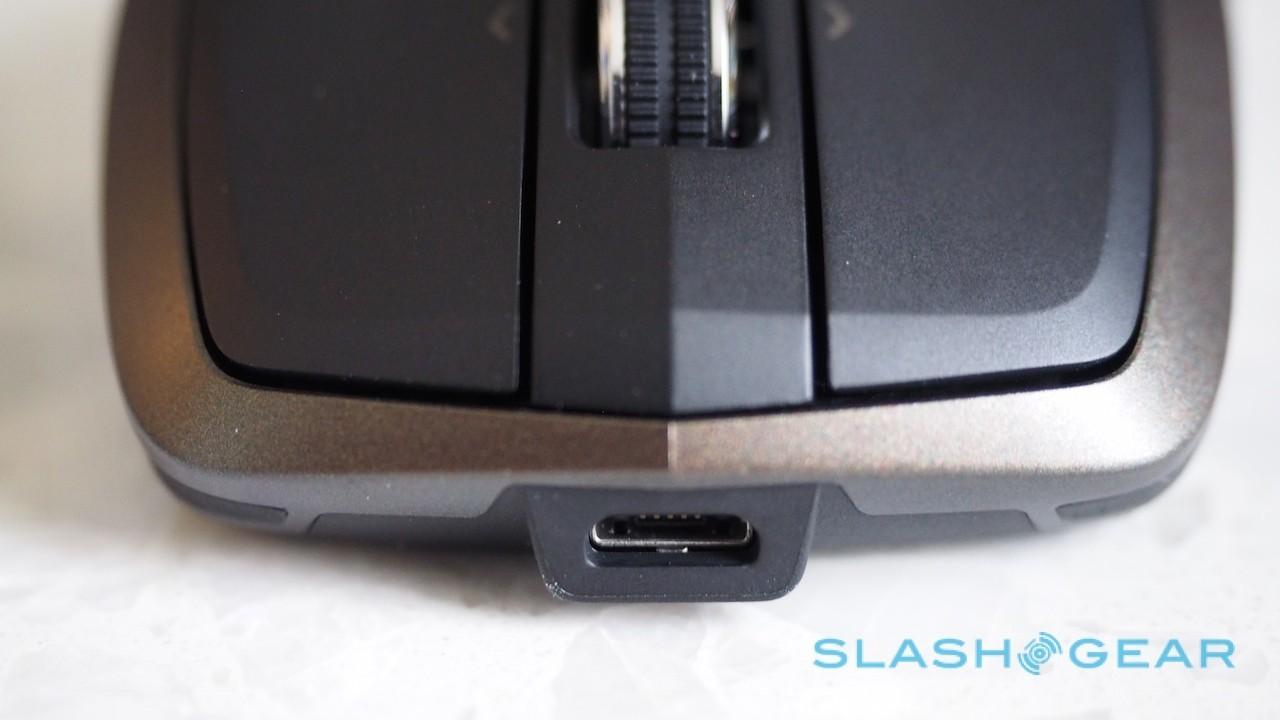 Should you reach the end of the power pack’s natural life, screws under the low-friction feet mean you can open the mouse up and, in theory, switch out the battery (which has a plug attachment rather than being soldered into place). Logitech hasn’t said how much replacements might cost.

For a travel mouse, mind, there’s an odd omission in the packaging, though. Logitech hasn’t included any sort of pouch or bag for the MX Anywhere 2, which means it’s a case of dropping it in your bag or briefcase unprotected. 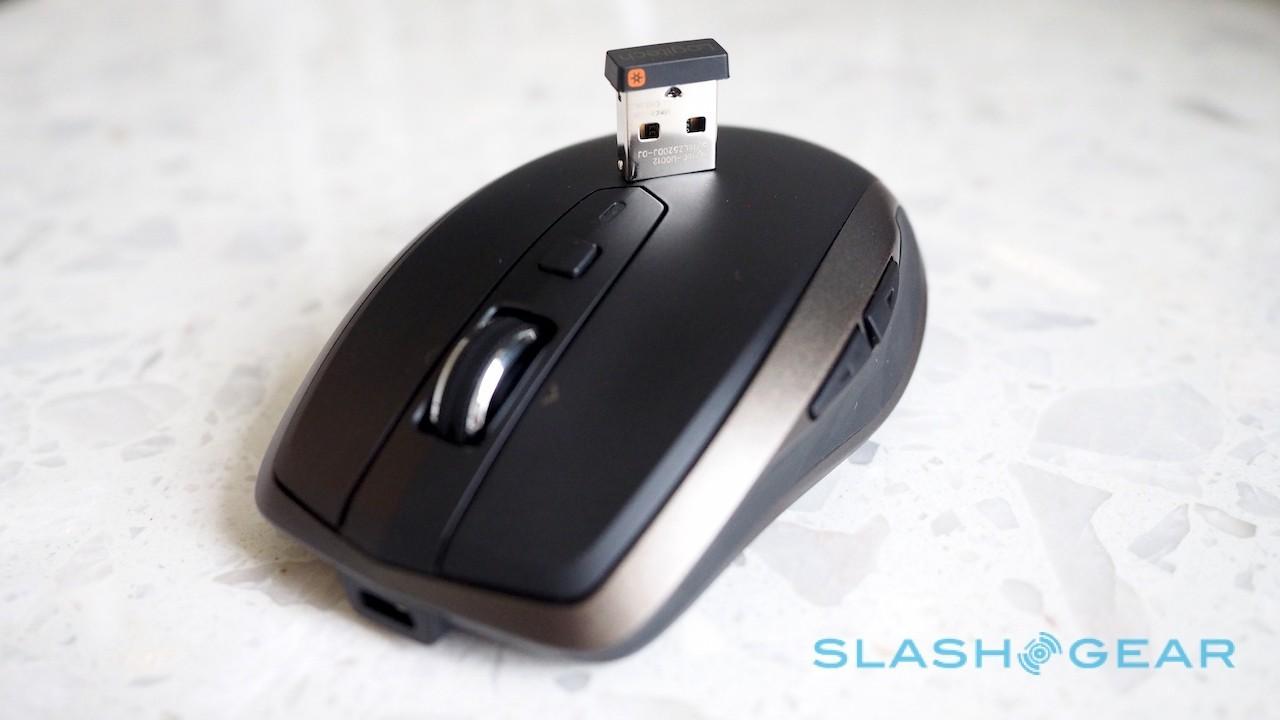 The big qualm about the original Wireless Anywhere Mouse was its long-term button performance. Some users found that the ergonomic little peripheral could get patchy with its clicks after a period of months; it’s clearly too soon to report on long-term resilience, but the click feel certainly appears on a par with the MX Master. 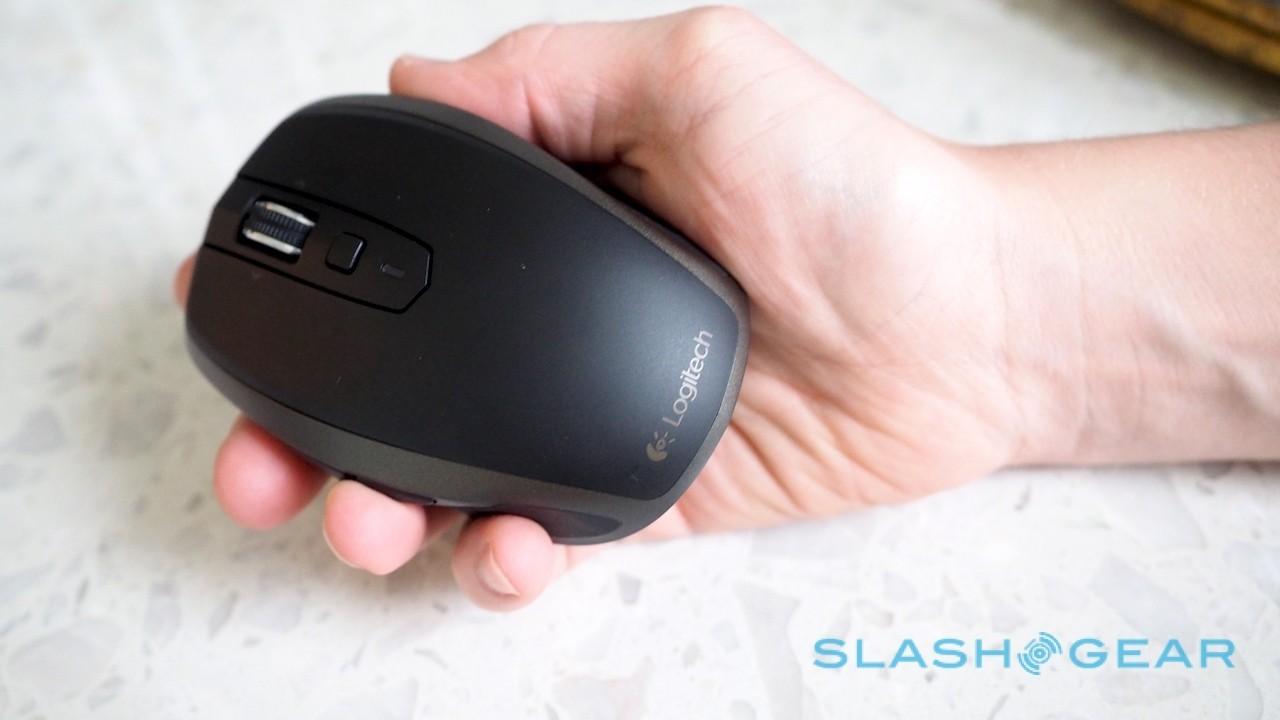 Ergonomically, I still prefer the larger MX Master. It fits the hand better – cradling the mouse, rather than your fingers feeling as though they’re perching on top – and the overall feel is a little more solid, a little denser and more reassuring.

The flip-side is that, frankly, it’s a fairly large thing to drop into a laptop bag and carry around with you; in contrast, the MX Anywhere 2 slips into a side-pocket and is light enough that you hardly notice the difference. 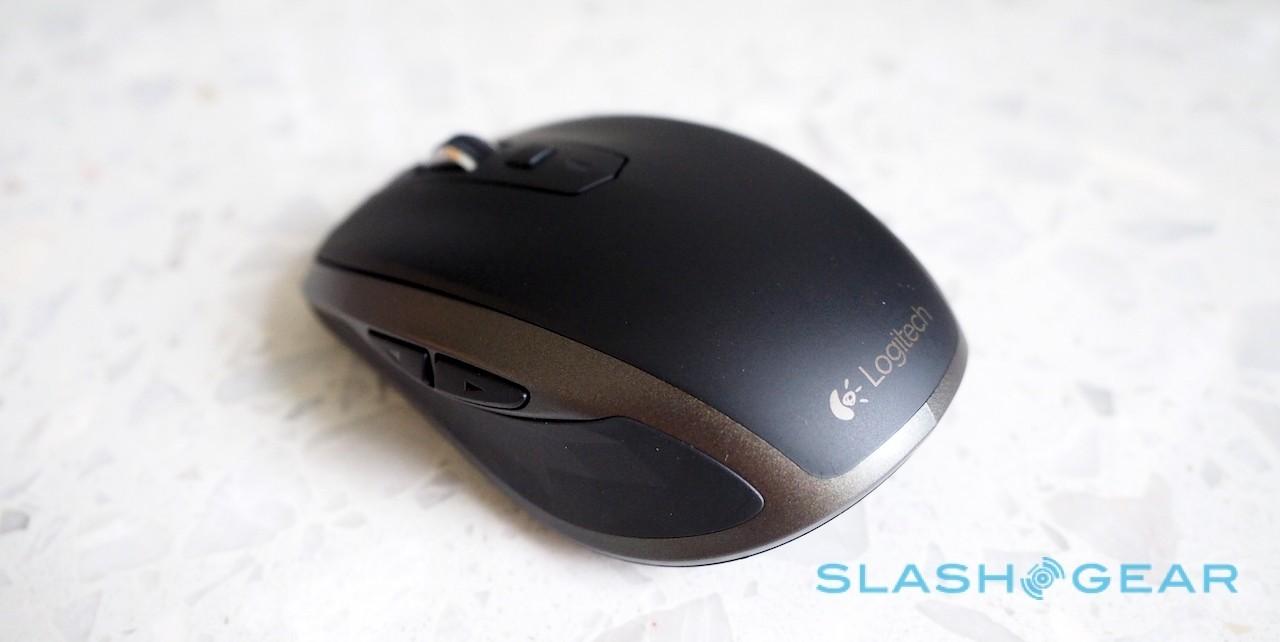 If you’re usually mousing at your desk, I’d say the MX Master is worth the $20 premium over the $79.99 MX Anywhere 2. Still, when it comes to picking an accessory to my MacBook, it’s the travel mouse that will end up in my bag, for its combination of battery longevity and convenience, without sacrificing the gestures I rely on. 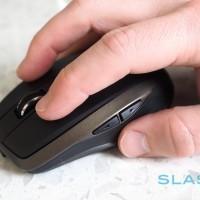 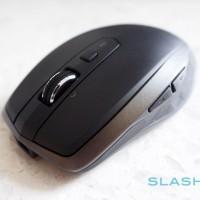 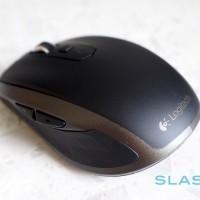 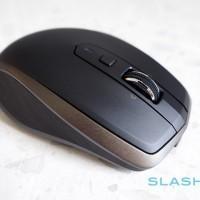 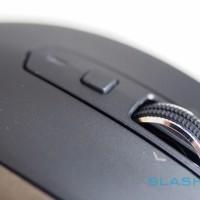 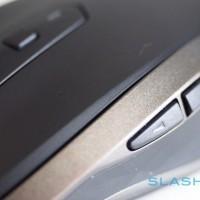 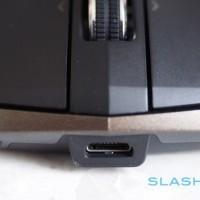 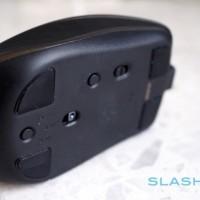 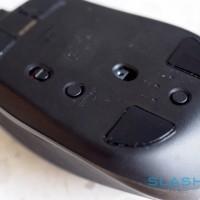 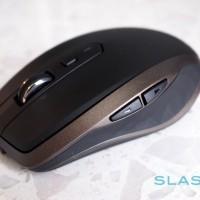 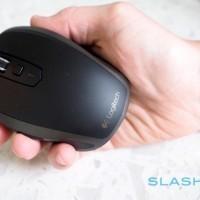 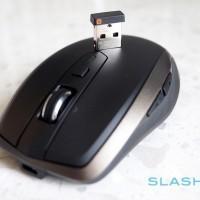