Living with the new MacBook Retina

There’s an unusual degree of forthrightness – sometimes bordering on vitriol – in how outspoken people are about the new MacBook Retina. It’s something you see occasionally with high-profile, edge-pushing devices: not just dissent as to whether it’s a good product to buy or not, but a sort of slightly-frothy aggression in aiming to convince you that you’ve made the wrong decision.

For the past few years I’ve been carrying a 15-inch MacBook Pro with Retina display. It’s a ridiculously capable notebook, with a discrete GPU, sizable high-resolution screen, and of course a potent processor, but it comes with compromises, predominantly weight and battery life. 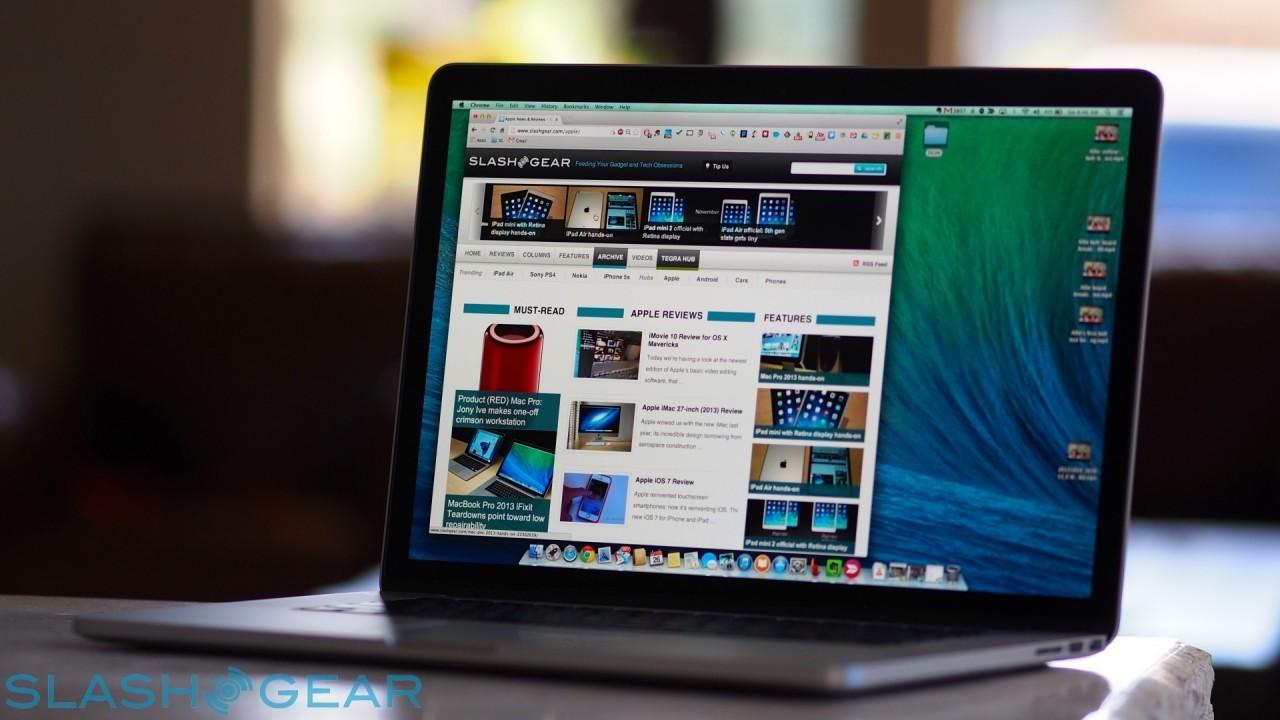 Both of those start to bite when your workspace is a moving target, whether at a show like CES or simply when trying to fit in meetings and some work at a Starbucks. Being able to cut almost a pound and a half from my bag is a huge advantage (not to mention leaving me looking less hunched).

Yes, I’m now carrying less horsepower than before, but I think the real issue was that previously I was carrying too much. Certainly more than I needed on the go and in the typical day.

Performing basic edits on photos is something I do every day, usually just cropping and resizing from 8MP+ originals down to something more web-friendly in Preview. The MacBook has proved unfazed by having 100+ loaded simultaneously, and subsequent batch resize and save times haven’t been noticeably different from the MacBook Pro. 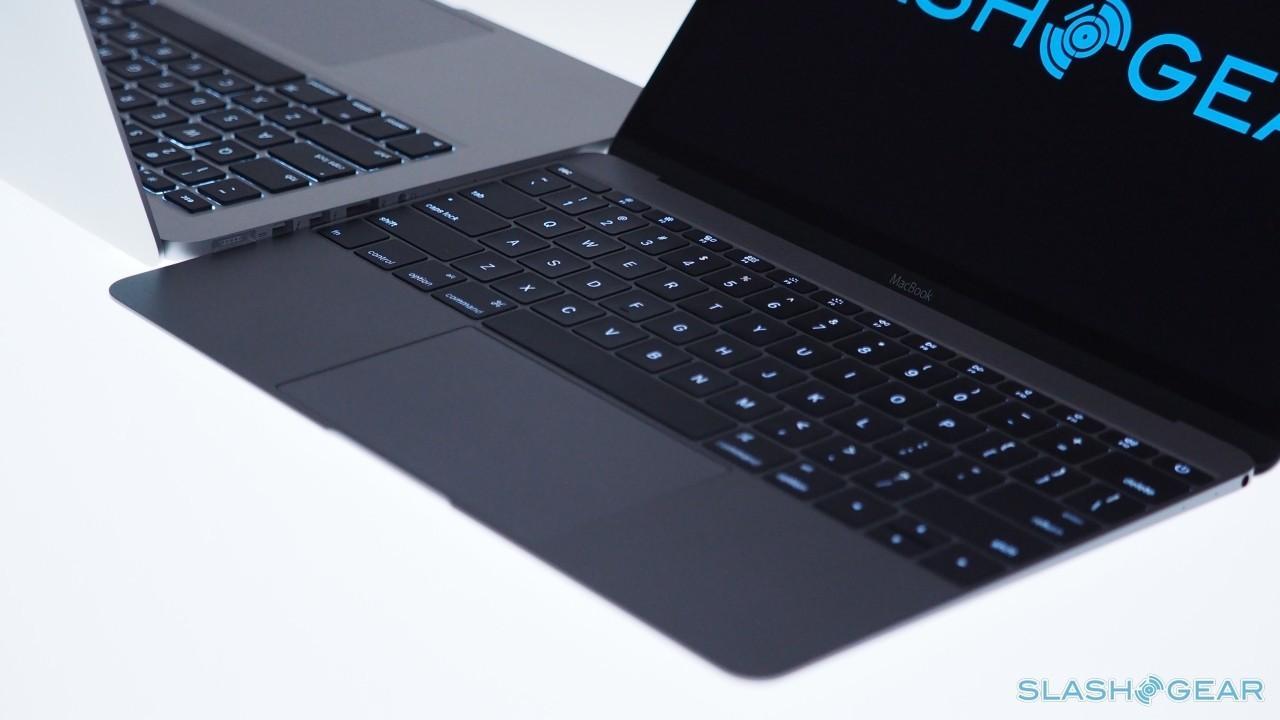 My primary concern was video processing: I don’t often need to do it while out – I have an iMac on my desk for heavy-duty lifting – but there are a few occurrences when I do, and waiting hours for a 1080p export would be a deal-breaker. In reality, though it’s certainly slower – taking about eight minutes for a 1080p clip five minutes in length – it’s enough for impromptu needs.

By default the MacBook is set to 1280 x 800, though you can notch that up to 1440 x 900 in the System Preferences, and that’s where I’ve used it most of the time. OS X may not support anything more out of the box, but apps like ResolutionTab unlock settings up to a crazy 2560 x 1600, at which point you need eyes far, far better than my own to find it useful.

Is it perfect? Of course not. The keyboard and the USB-C connectivity are probably the two most contentious points, though I find I also miss the MagSafe connector and its convenient LED charging indicator (you get an iPad-style bloop when you plug the MacBook in to charge, but that’s no good when you want to glance at the notebook later to see if it’s at 100-percent or not yet). 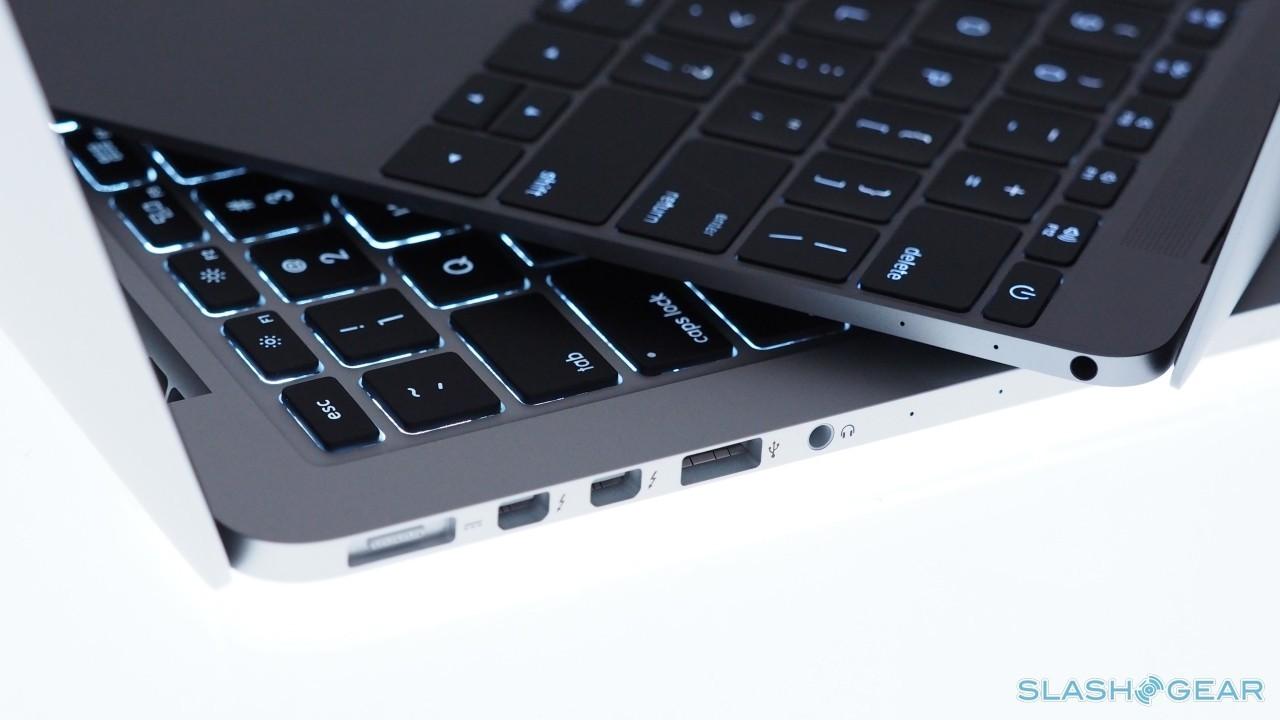 While the instant gratification of picking up a MacBook from the store was denied to me, it did at least give me time to outfit my bag with a couple of adapters and dongles. USB-C may well be the future of interconnectivity between computers, phones, tablets, and other gadgets, but as with any fledgling standard – remember when USB first arrived and we wondered how we’d hook up out ZIP drives that used parallel ports? – the rest of the world hasn’t quite caught up yet.

Depending who you speak to, the need for adapters can either be a damning indictment of Apple’s upgrade arrogance, or a boon to flexibility and choice. I fall somewhere in between, seeing them as a necessary evil but hardly one that was new.

For the new MacBook, I bought Apple’s own USB-C to USB adapter ($19) – and still find it a little galling that it’s not included in the box by default on a $1,300+ notebook – and then a cheap, $6.29 USB 3.0 SD/microSD card reader from Amazon. That addresses getting photos off my camera. 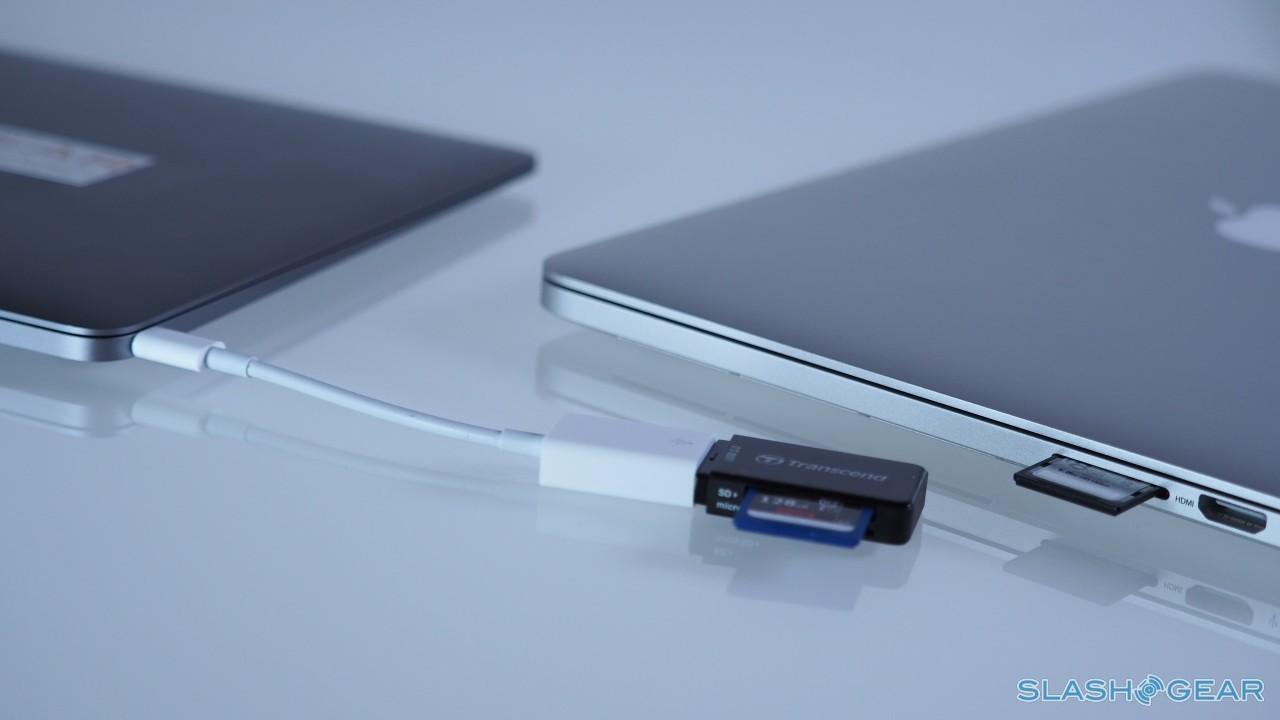 Apple dropped ethernet ports from its notebook line-up some time back, so I was already carrying a Thunderbolt to Ethernet adapter for use with my MacBook Pro. Belkin has a USB-C to Ethernet adapter in the pipeline, but it’s not available now, and I was also curious whether I could get a little extra functionality in the process.

I settled on a mini-hub, a USB 3.0 adapter that has three USB ports and an ethernet socket ($13.99). It’s larger than a simple dongle, admittedly, and since it’s not native USB-C you don’t get power pass-through, so I can’t simultaneously use it and charge the MacBook. It’s the piece of my accessories setup that still needs the most work, frankly. 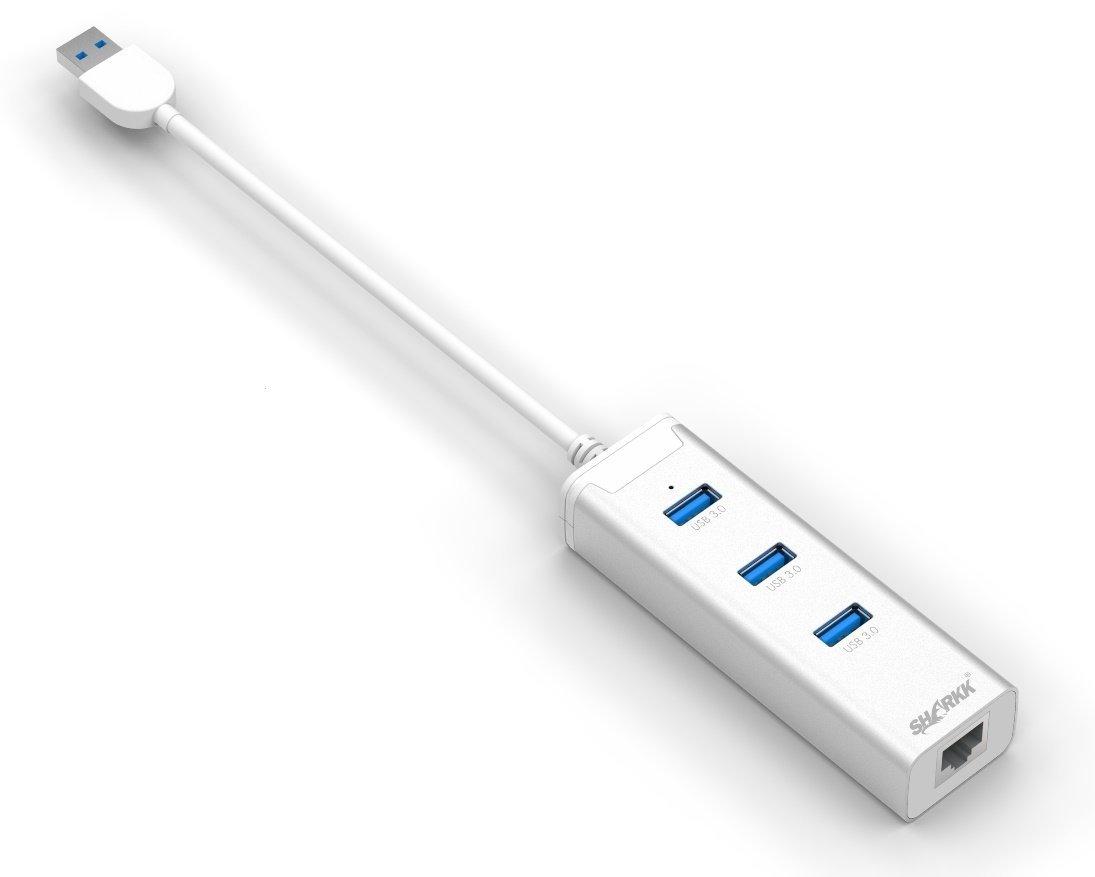 While it might sound like a fair number of add-ons to carry, the truth is I was already stocking the side pockets of my bag even before the MacBook arrived. As well as the Ethernet adapter, I had already been carrying a retractable USB to mini/microUSB cable, and a microUSB to Lightning dongle that meant I could charge or sync smartphones whether Android, iPhone, or something else.

When I get brave enough to trust the gauge, meanwhile, I should be able to leave the power brick at home, too. It’s not something I feel confident enough in the MacBook Pro to do, unless I’m just out for a few hours at a time, but in theory I should be able to go through a day’s typing, posting, and basic photo editing on the MacBook without needing to plug in once.

(That’ll be doubly the case if I can ween myself off Chrome, which as always seems to revel in crunching through way more battery life than it deserves.)

This wholesale embracing of USB-C may have been compared to Lightning and Thunderbolt, but as I’ve said before it’s a very different situation. Apple doesn’t control USB-C – though it was instrumental in its development – and over time we’ll see multiple manufacturers and accessory makers get onboard. Kickstarter campaigns for various low-profile, daisy-chained, or similarly inventive cables and adapters have already sprung up in the past few weeks. 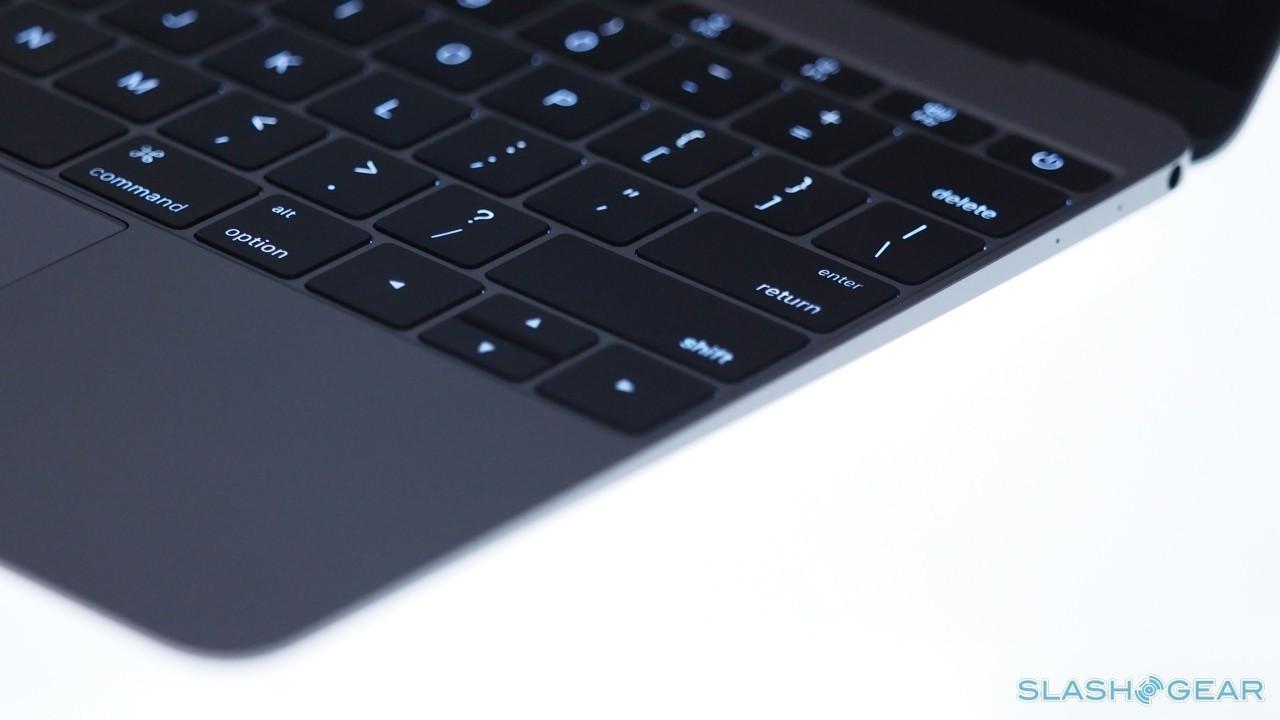 As for the keyboard, the reduced travel is certainly forcing me to be more delicate with my typing. While it might sound like I’m making excuses for Apple, to be frank I probably could do with reducing the amount of force I put in anyway, having already found I’m prone to finger-pain at the end of a day’s intense typing.

The reduced key wobble and larger cap size versus the MacBook Pro keyboard is already noticeable (and already feels like a disadvantage of the older notebook).

In an ideal world, Apple would’ve found space for a charging LED and an integrated 4G modem as in the iPad WiFi + 4G. The latter would undoubtedly tempt across those using an iPad Air 2 and third-party keyboard (in fact, having used a similar setup to that for a while, I found on a couple of occasions I’ve gone to tap the MacBook’s display as if it were a touchscreen). Sure, you can tether, but there’s nothing quite so convenient as baked-in LTE. 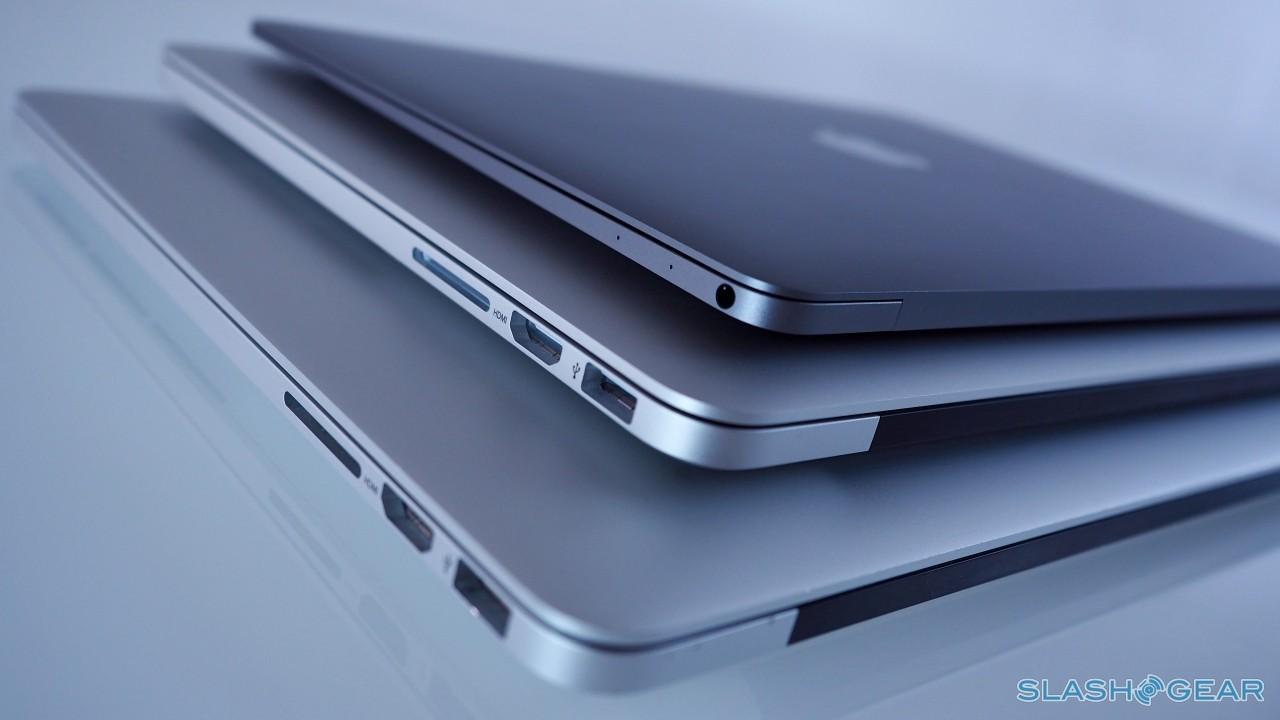 For many people – most, perhaps – the new MacBook will have too many compromises in order to work as their everyday computer. The portability and the display may be superb, but the limitations of USB-C, at least as it exists today, and the lightweight performance mean you need to be willing to make sacrifices to accommodate it.

I’m willing, though it’s taking a little getting used to. Nonetheless, for every time I try to jab a memory card into the non-existent slot I’ve forgotten isn’t there, the moment of relief when I see 13-percent on the battery meter – effectively game-over on my MacBook Pro – and the prediction that I still have more than an hour left in my two-pound package makes it worth all the dongle juggling.

Want a second-opinion on the new MacBook Retina? Check out Vincent’s full review