This week we’ve had the pleasure of working with the brand new LG Optimus G Pro, taking photos as we covered the technology conference known as Mobile World Congress – of the 2013 variety. This device is one that we’ve now got in our possession still, and we’ll be bringing you a review in full in just a few days time. But meanwhile we’ve taken what LG has been very clear is a proud point for them in this device and put it to the test, right in the thick of thousands and thousands of ravenous mobile lovers in Barcelona, Spain – enjoy.

Before we go any further, you should know that this is just the second in what we’re expecting will be an extended series of Photo Tour posts here on SlashGear. The first was back a few months ago with the HTC Evo 4G LTE, a device whose photo setup was being pushed by its makers at the time. Of important note is the fact that both that device and this one both use Qualcomm Snapdragon processors – from different generations, yes, but both coming with architecture that Qualcomm is proud to speak about as having fabulous photo processing abilities. This time they team with LG, and here we go again on a different corner of the earth – Spain. 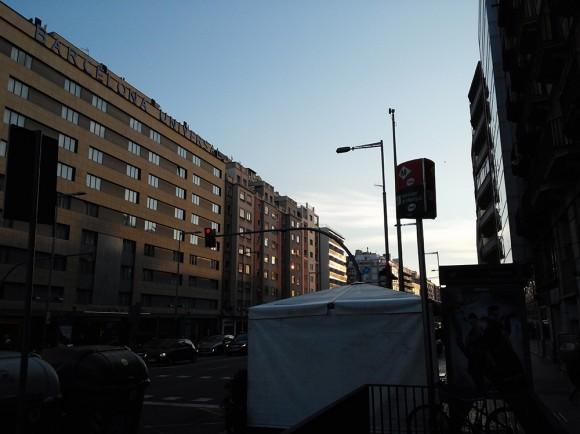 The first image you see above was shot with the camera right out of the box, automatic settings from start to finish, the shot taken in the morning of a Barcelona city street. Note that this photo was also the subject of another hands-on post earlier this week, the LG Pocket Photo – a miniature photo printer that requires no ink to use – like magic! Below you’ll see one of our first examples of an HDR photo. The shutter speed on this device, even with HDR, is rather quick – but because of the nature of HDR photos, you’ll still see multiple instances of the same people walking in this MWC 2013 crowd. 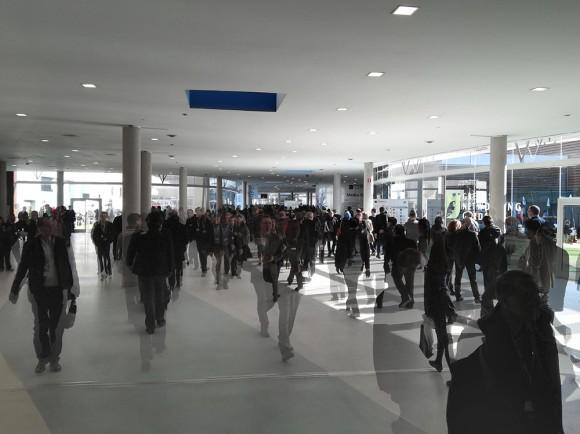 Below this you’ll find a gallery of photos taken in the same location as what you see above. With the quick shooting mode on this device, you’re able to collect a massive amount of photos in undeniably quick succession – 20 shots before it has to stop and think about what it’s done. The best way for you to visualize this here in still photos is to click (or tap) one of the photos below and move rapidly through the gallery with your arrow buttons. This will only work on a desktop computer with our gallery system unless you’ve got a wildfire-fast tablet or smartphone – if you do, go for it! The goal here it to see the images as a sort of stop-motion animation. When you do, you’ll see that this beast is a snappy shooter.

Another example of an HDR photo can be seen next – the big LG logo. Here you’ll get an idea of how this device shoots something lit up in a rather mixed-lighting environment. Again you’ll notice the multiple instances of the same faces because of the multi-exposure that happens when you shoot an HDR shot. 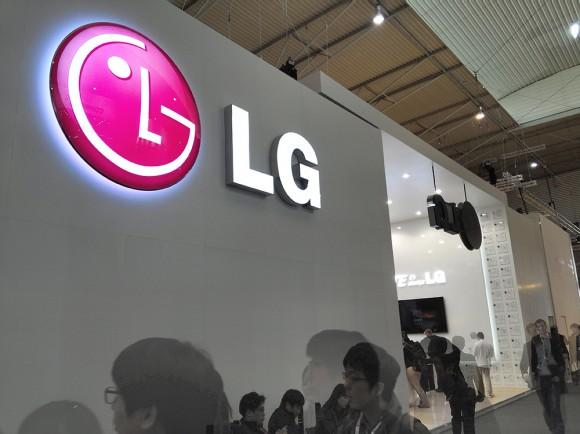 A macro photo can be seen next, even though the LG Optimus G Pro isn’t promoted for its macro abilities, you’ll find that this photo does the trick. The subject matter is the G Pro Quick Cover – an official LG-made cover for this device you can read all about over on Android Community. Up close and personal without a special setting looks rather nice and clear with the 13 megapixel camera we’re right here and now using with the LG Optimus G Pro. 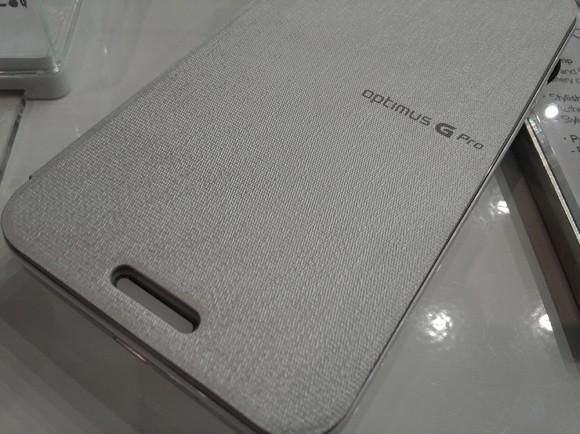 Another HDR photo is next, in this case showing an especially dark locale. You’ll find that in this Beer shop in the midst of this week’s convention venue, the blacks have become in many cases a lighter shade of gray. With this you’ll see that there’s not much that you cannot see – that can be especially valuable if you’re doing photography for documentation rather than for the sake of high art. If you want 100% true-to-life colors, you wont want to use HDR with the Optimus G Pro. 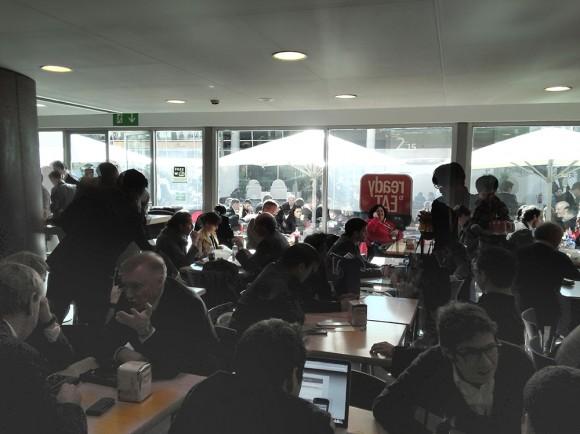 Then there’s a two-up photo set here, the first of a Coke can taken without HDR, the next being that same Coke can, this time with HDR switched to “on”. You’ll be able to tell one from the other only with extremely sharp eyes – and by noticing that I’ve accidentally placed my finger into the edge of the HDR photo. The HDR photo looks almost identical to the non-HDR photo (besides the finger and the television picture behind the can, for obvious reasons). The HDR version is ever-so-slightly more intense, especially in the darks across the range – the red in the can, for example, is a bit more deep. 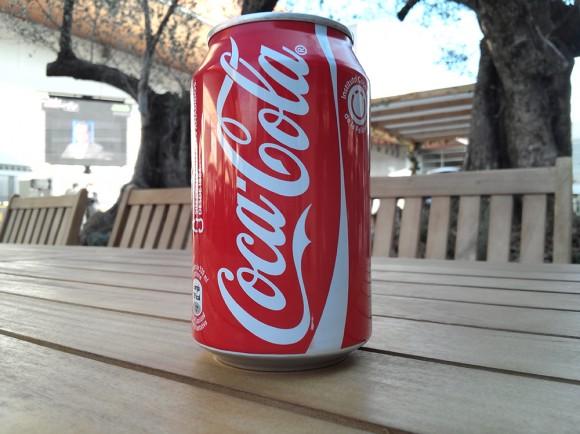 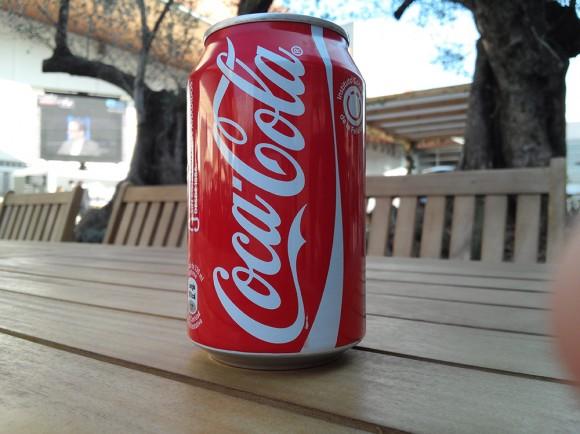 The gallery you’re having a peek at below shows two different examples of what the LG Optimus G Pro captures with its own unique version of a Photo Sphere. If you’ll remember back a few weeks when a new version of Android Jelly Bean was introduced, Google revealed Photo Sphere – a built-in camera mode that creates a panorama photo, but capturing a massive photo that covers all directions, something like what you see when you head to Street View in Google Maps. You’ll also remember that while it works great some times, it – at other times – doesn’t work so perfectly. The same is true of LG’s iteration of this feature, even with a slightly different user interface.

Another gallery rests below, this time showing a set of examples of a regular old panorama. This standard panorama mode has produced marginally better results for us thus far than the sphere-like mode above. It is important here – as it always is with panorama shooting at this time in history – to drag the camera across your scene at an even rate – and not too slow, not too fast either. One of the photos was taken at the Google Head Space party during MWC – as you can see, this club area was rather dark, and didn’t work too well with the panorama mode in the end. The others were taken on a bridge inside the main MWC 2013 event, lighting being a bit more generous.

Next you’ll see another example of a photo taken indoors of a rather large, open area at Mobile World Congress. The first shot was taken without HDR, the second was taken in HDR mode. This example set shows just a bit more clear the difference between the two – generally this is the case when you’ve got the possibility of a much more large range of colors and levels of light and dark. 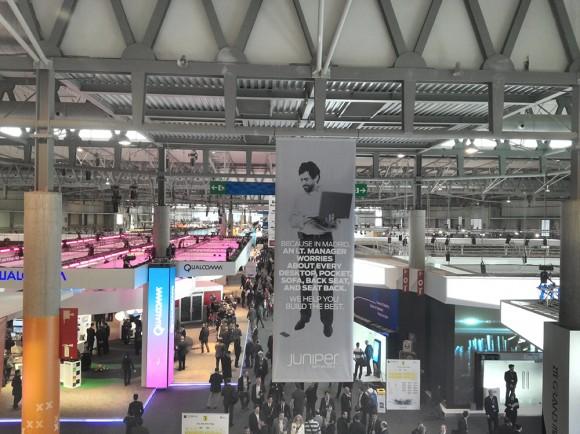 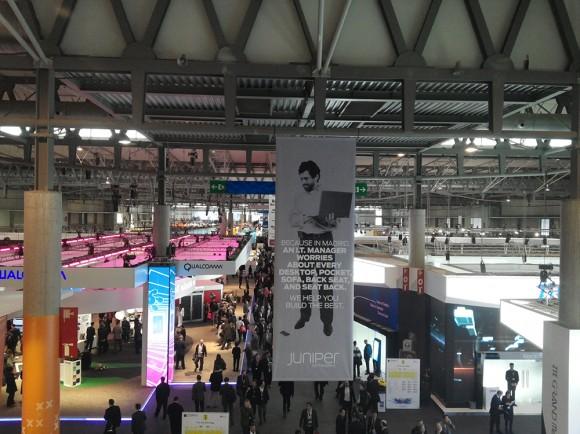 The nighttime photo you see below is taken from across the street from the Mobile World Congress 2012 venue. This is a place where many MWC-goers stop on the train to transfer trains as it’s a large hub from one place to another – notably the new venue, mind you. The important point here is the levels of light in the darkness – and the idea that this photo was captured by hand. Normally a photo captured here at this time by hand – with most smartphone cameras, that is – would have lots of light streaks due to the shutter being open for enough time to capture the correct amount of light. In this case, LG’s setup allows you to do this much quicker – and the result is obvious. 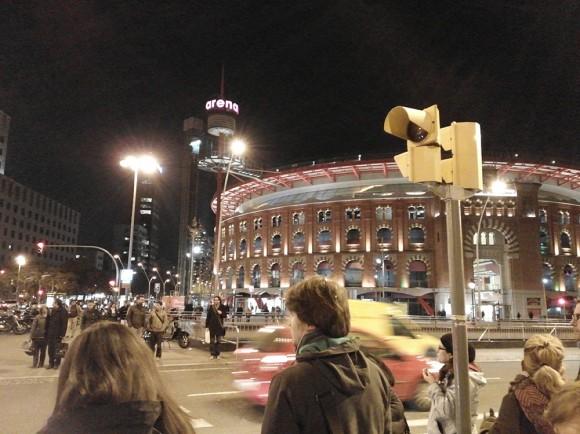 Finally you’ll find a lovely gallery full of photos taken at one of the more challenging locations a person can take a photo at with results that look more than terrible. It is – once again – the Mobile World Congress 2013 Google party: Google Head Space. There are two rooms here, the first a smaller one made for chilling out and having a drink amongst a DJ mixing tunes under a massive Google Play Music set of orange headphones. The second is a massive room with a stage that held both Tinie Tempah and Florence and the Machine. 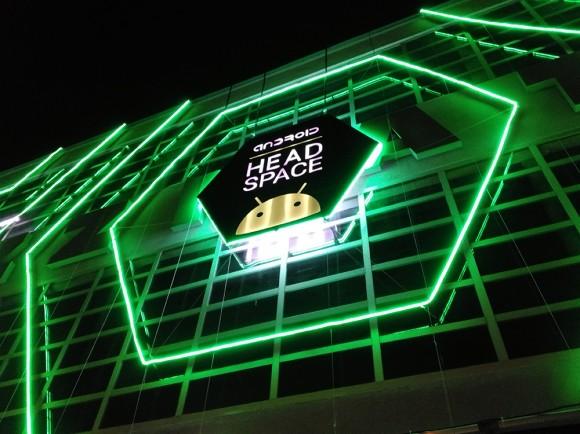 Enjoy this if you would, and have a peek at the rest of our Mobile World Congress 2013 content in our lovely MWC 2013 tag portal. You can also have a peek at our LG tag portal for more awesome Optimus action, there finding the review of the LG Optimus G Pro soon, and very soon.