LG’s new cordless vacuum will empty its own dustbin

LG has a new cordless vacuum, and if your primary complaint about cleaning is having to empty the dustbin, the LG CordZeroThinQ A9 Kompressor+ could do the trick. While it may have a frankly ridiculous name, the new est cordless stick vacuum in the company’s line-up does have a useful auto-emptying bin.

The magic is in the charging station, which also doubles as a much larger dustbin. When you slot the CordZero ThinQ A9 Kompressor+ into place, not only does it recharge its battery but whatever the stick vacuum has picked up is sucked out of its smaller bin, and into the larger dust bag.

It’s an idea we’ve seen before from robot vacuums, like iRobot’s high-end Roomba models, where smaller on-device bins are made more practical by offloading dust and dirt into a larger repository so you don’t have to empty it as often. In the case of this new LG, you’re left to do the actual vacuuming yourself still, of course. 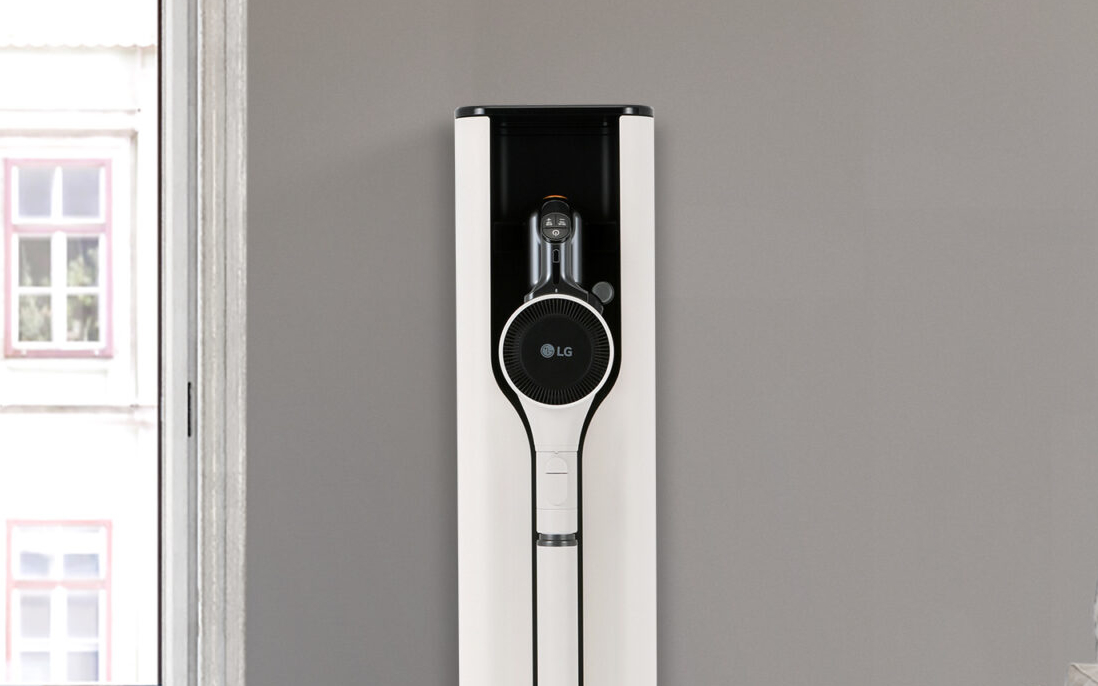 The charging station also has space for the various tools, with LG throwing in six accessories and nozzles. That includes a 2-in-1 Combination Tool, Crevice Tool, and Pet Nozzle. There’s a touchscreen display for adjusting the charging station’s settings, and you can also trigger a manual dustbin clean rather than wait for it to be done automatically.

There’s also a Power Carpet Nozzle which LG has said is better at getting stubborn dirt out of carpets, and a Power Mop attachment. The latter turns the CordZero ThinQ A9 Kompressor+ into a wet mop for hard floors. LG will also be offering the Power Mop as an upgrade kit for those with the original CordZero ThinQ A9 vacuum, but there’s no word on whether owners will also be able to upgrade to the new auto-emptying charging station.

The Kompressor+ vacuum itself comes with two quick-change battery packs – LG isn’t saying how long they last, but its other cordless stick models promise up to around an hour per battery – and uses washable filters. Buttons on the handle allow for easier adjustment of the power levels.

Pricing and availability will be announced when the CordZero ThinQ A9 Kompressor+ makes its official debut at CES 2021 next week, though it’s worth noting that the regular ThinQ A9 vacuum has a $799 price tag.