It’s a week for ThinkPad hardware: on the heels of Lenovo’s new Tablet 2 and the X1 Carbon comes the ThinkPad T430u ultrabook, announced back in January and finally hitting shelves. Priced from $779, the 14-inch ultraportable packs chips from Intel’s Ivy Bridge range paired with up to 8GB of RAM and optional discrete graphics.

Inside there’s either various sizes of traditional spinning-platter drive up to 1TB, or a 128GB SSD for those who like their storage neither shaken nor stirred. Those wanting to use their ThinkPad for graphics processor (or, dare we suggest it of the suits, even a little post-work gaming) can pick an NVIDIA GeForce GT620M graphics chip with 1GB of its own memory.

Battery life is rated at around 7.1 hours of use, which isn’t exactly going to set the world on fire (or even the ultrabook segment). Still, this is a compromise machine – roughly half the price of the ThinkPad X1 Carbon, though still managing to be thin, light and have a reasonable turn of performance to it. 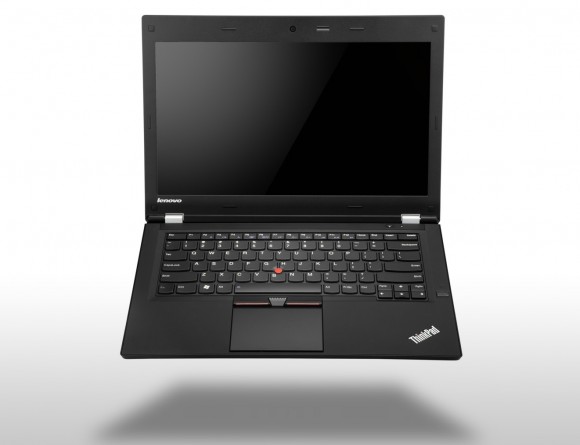 Interestingly, while the January announcement mentioned Thunderbolt, there’s now no sign of it on the T430u; instead, the notebook gets USB 3.0 and Mini DisplayPort, along with audio in/out and HDMI. Expect it to go on sale later this month from $779.