Lenovo has a bevy of new ThinkPad E Series notebooks, all packing AMD’s Ryzen 4000 Series processors. The Lenovo ThinkPad E14 and E15 can be fitted out with up the AMD Ryzen 7 4700U CPU, and though they’re focused particularly on small and medium sized businesses, there’s plenty here that consumers might like too.

That includes Lenovo’s focus on toughness, with the E14 and E15 each passing twelve MIL-SPEC tests for things like bumps and drops. Considering how many people are now working from home, and potentially putting their laptops at risk from rogue pets and unruly children, that could end up saving the day.

The design has been revamped, and for the first time on a ThinkPad E series machine there’s now a fingerprint reader. That’s integrated into the power button, so that it can turn the laptops on and authenticate you in one press. An optional IR camera can be used for presence-tracking, so that the ThinkPad automatically locks when you step away. If you have a multi-display setup, meanwhile, it can also automatically bring the mouse pointer to where you’re looking. 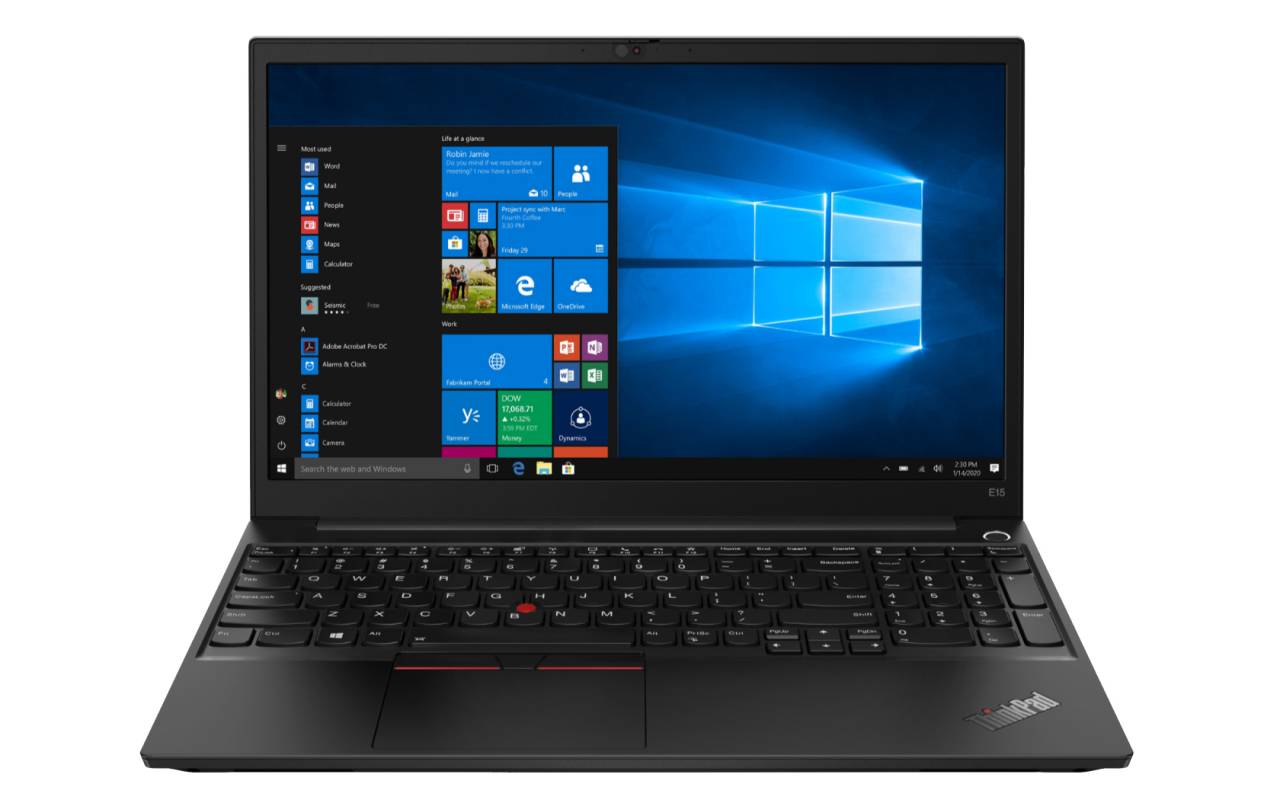 Dolby Audio support on the Harman speakers is included, and there are dual array far field microphones. WiFi 6 is on the options list, along with various configurations of Ryzen 4000 Series processor and Radeon graphics. The screen-to-body ratio has been improved for this update, too, now at 85-percent. There’ll be 14-inch and 15.6-inch versions.

The Lenovo ThinkPad E14 is expected to go on sale in June, priced from $639, while the ThinkPad E15 will land at the same time, and from the same price.

This isn’t Lenovo’s first play with AMD chips, of course. Back in February the company announced it had a host of new notebooks in its ThinkPad T, X, and L series waiting in the wings, using AMD Ryzen PRO 4000 Series CPUs. The good news is that we now have a release window and pricing for them.