Lenovo PHAB2 VS PHAB 2 Plus first impressions: Camera VS Value

This week the folks at Lenovo have revealed several devices, including the PHAB2, PHAB2 Plus, and the PHAB2 Pro – the last of these being the first Google Tango consumer-aimed smartphone in the world. The PHAB2 will be the brand’s headliner for low price – at $199 USD, it’ll most certainly be a contender for the mid-tier. The PHAB2 Plus looks very similar to the PHAB2, but comes with a better display and cameras – and it weighs less, too, somehow or another.

The PHAB2 and the PHAB2 Plus are very similar – you’d fairly easily mistake one for the other if you didn’t look closely at the back-facing camera array. The lesser of the two has a single back-facing lens, while the higher-end model has two lenses.

The difference in looks is also contributed to by the back-facing fingerprint reader on the PHAB2 Plus, as well as the “Aluminum Alloy” material on the Plus, while the PHAB2 remains a bit more conservative.

The display on both devices uses IPS LCD technology, and both are 6.4-inches large diagonally. The Plus model has Full HD (1080p) resolution while the PLUS2 has just 720p resolution.

While over the past couple of years we’ve gotten used to the name “Plus” as a larger-display-toting version of a standard model of a phone, Lenovo opts to use this term as “more powerful” or just downright “better.”

These devices have the same sensors save a “Battery Manager” on the Plus. The rest includes G-Sensor, P-Sensor, L-Sensor, E-Compass, Gyroscope, Hall Sensor, and vibration.

Both devices have 4050mAh batteries inside, but the “Standby Time” and “Talk Time” are a bit different. This is due to the Plus unit’s Battery Manager – as listed above.

These times come from Lenovo’s official datasheet on either phone – complete with “target” mentions. 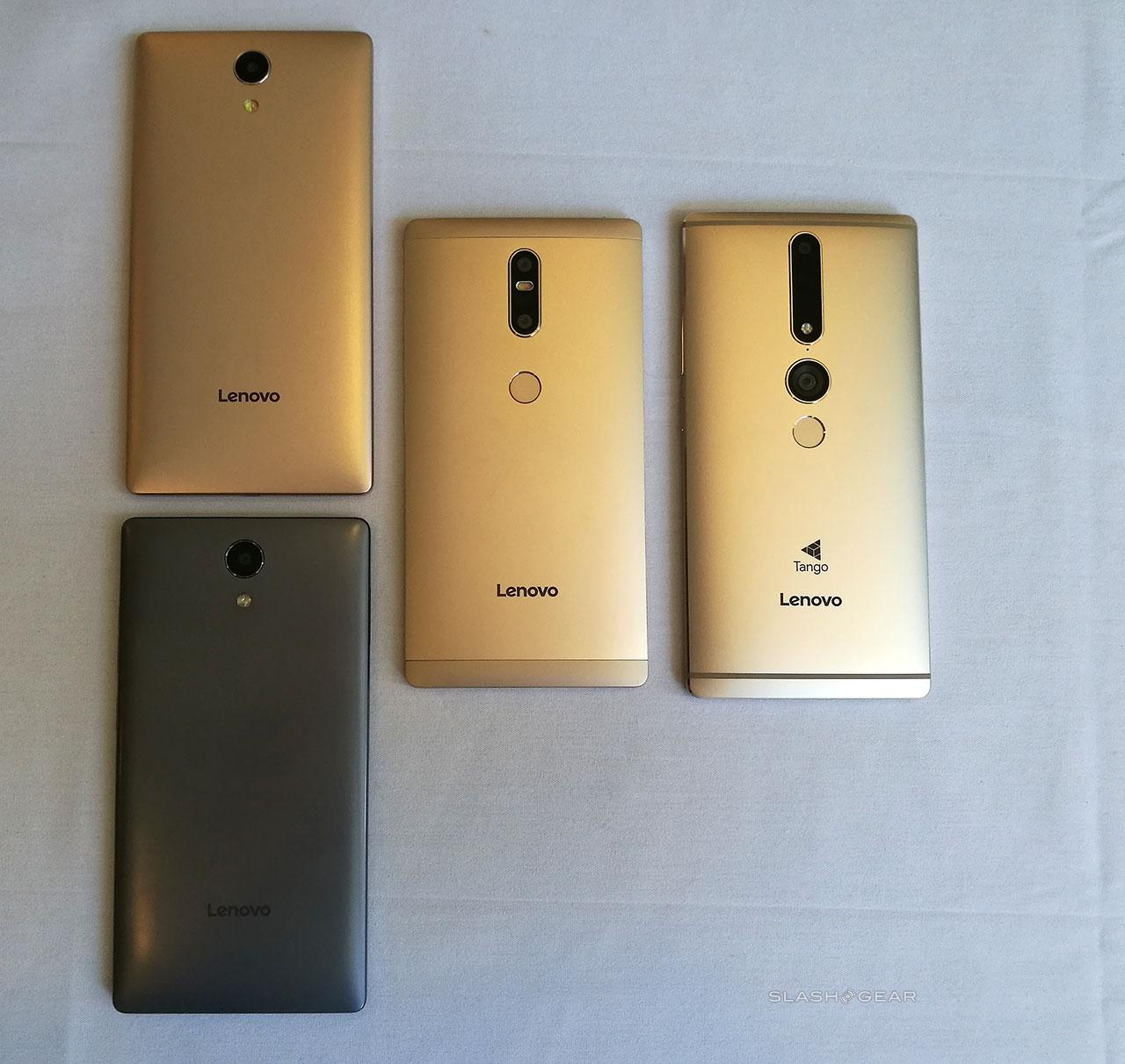 Both devices have dual slots for Micro SIM + Micros SIM or Micro SIM + TF Card. Both models also have 3GB of RAM and 32GB internal storage.

Internal storage can be expanded by 128GB via a microSD card slot.

The Camera on the PHAB2 is a 13-MP PDAF Fast-Focus array, while its front-facing camera is a 5-MP camera with 85-degree wide-angle lens. The camera on the Plus is also 13-MP strong, but there’s two separate camera lenses with the following features: Milbeaut ISP, F2.0 Aperture, 1.34μm “Big Pixel” size, Laser Focus and PDAF Light Supplement. The front-facing camera on the Plus is similarly impressive at 8MP with F2.2 aperture, 1.4μm Big Pixel tech and light supplement – though it’s only a fixed focus unit.

The PHAB2 has the ability to include Augmented Reality special effects – not entirely unlike what we’ve seen in the past from devices like the Sony Xperia Z2.

Both of these devices pale in comparison to the next-level Lenovo PHAB2 Pro, of course, what with its implementation of Google Tango technology. Have a peek at our Lenovo PHAB2 Pro feature to see more of that device.

As Lenovo suggests, pricing and availability may vary from country to country.