Lenovo and NEC promised something big from their collaboration, but the LAVIE MINI is actually unexpectedly small, in the best possible way. A tiny convertible PC, it’s designed to be both an 8-inch go-anywhere miniature notebook and a portable PC gaming system, complete with a detachable controller. 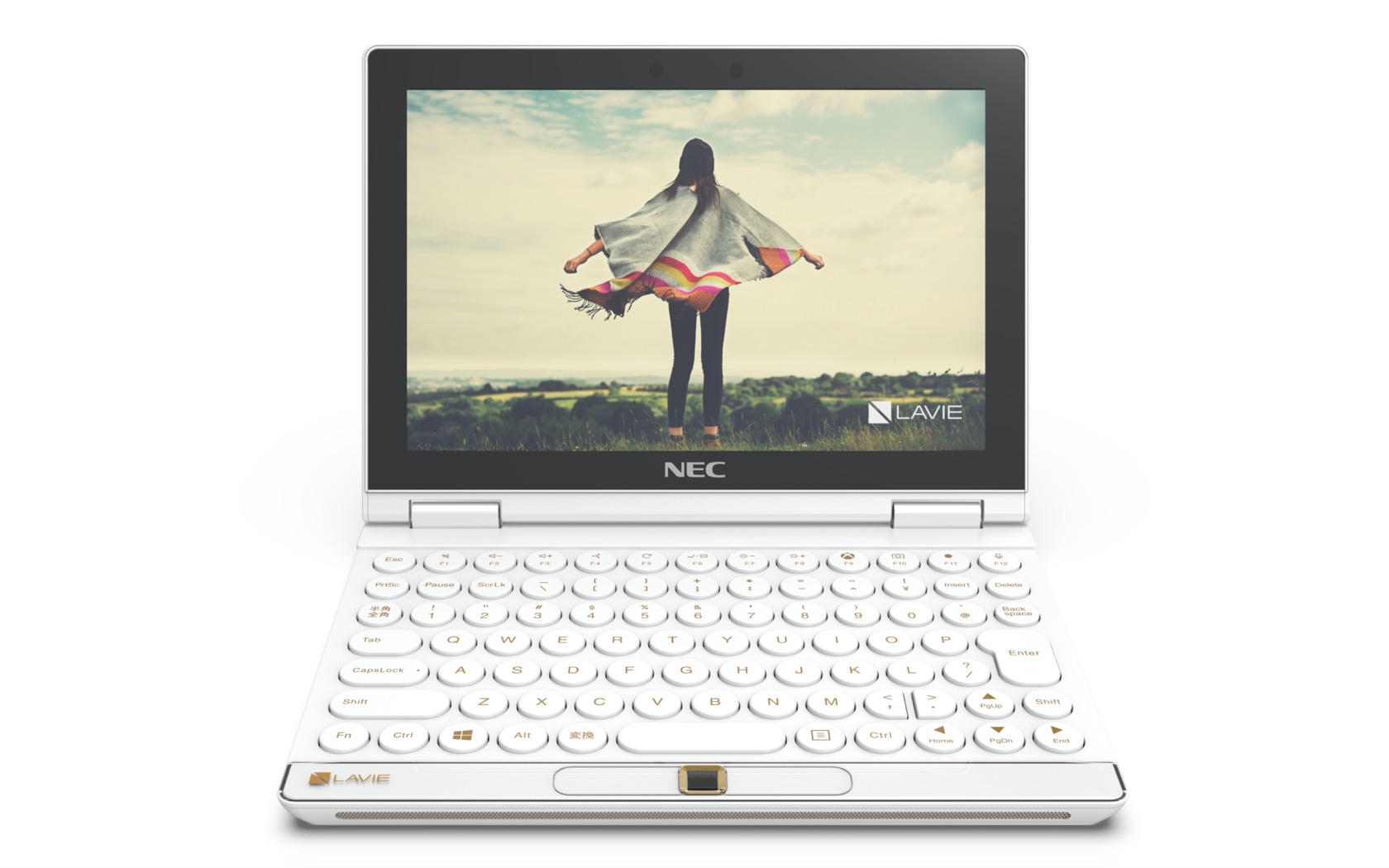 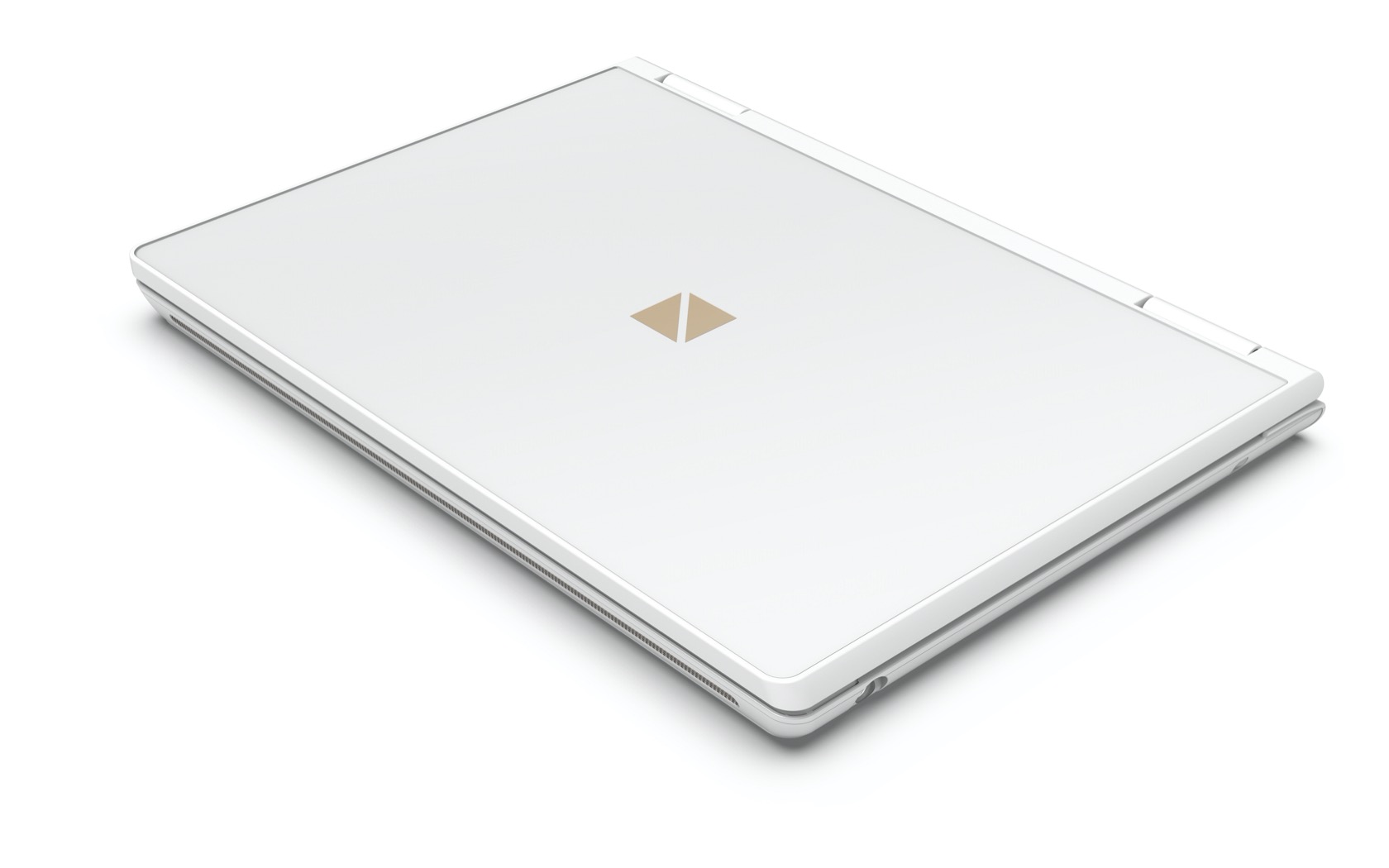 Despite that – and a 26 WHr battery – the whole thing still weighs just 1.28 pounds, the companies say, and measures 0.67-inches thick. There’s not room for a full-sized keyboard in its Crystal White casing, unsurprisingly, but you still get all the usual keys albeit with circular, chiclet style buttons. An optical trackpad replaces the traditional touchpad. 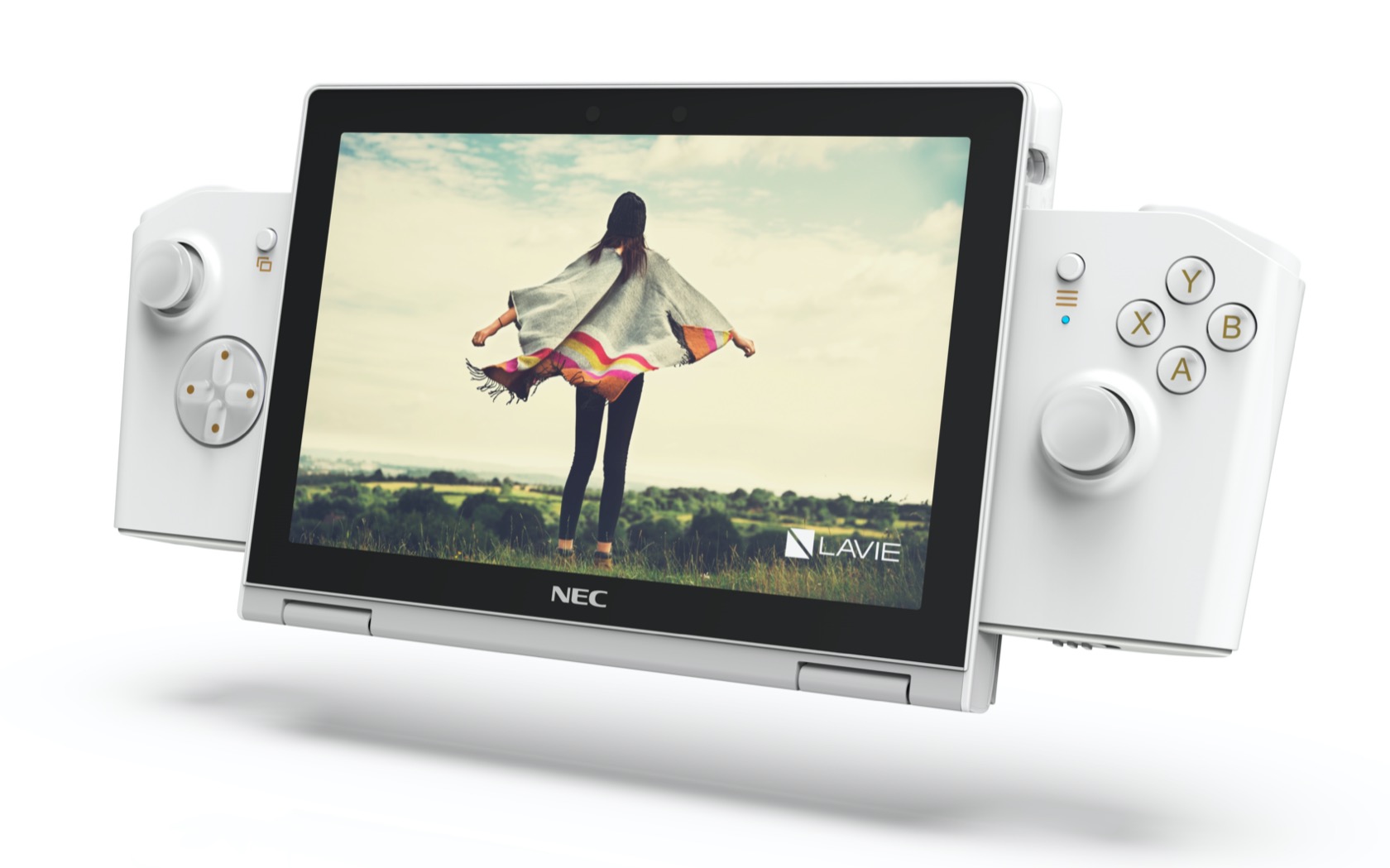 As well as using it as a little notebook or tablet, however, the optional Gaming Controller turns it into a handheld. That has analog thumbtacks and left/right trigger buttons, laid out in the same way as you’d find them on an Xbox controller, as well as vibration feedback for games. Alternatively, it’ll support third-party game controllers.

Finally, there’s a LAVIE MINI Dock, which connects the notebook more readily to a TV or monitor. That has an HDMI output – up to 4K 60fps – along with two USB Type-C and two Type-A ports for better connectivity. It’ll also recharge the notebook. 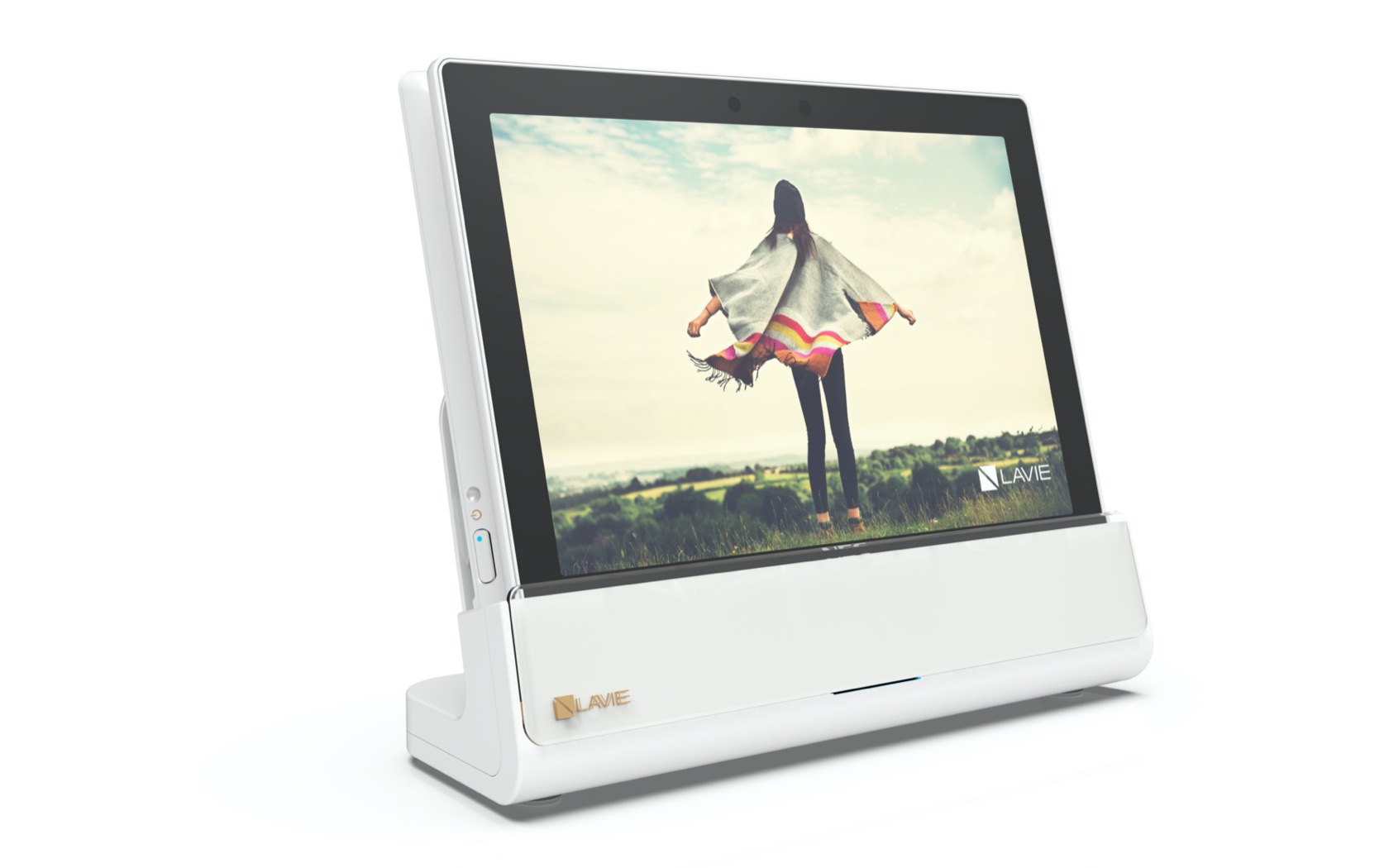 It’s all a little reminiscent of last year’s Alienware Concept UFO, in fact, a similarly PC-centric approach to portable gaming. Alienware’s idea, however, was to have a tablet with detachable game controller pads, much like a Nintendo Switch. It lacked the QWERTY keyboard and notebook mode of the LAVIE MINI. 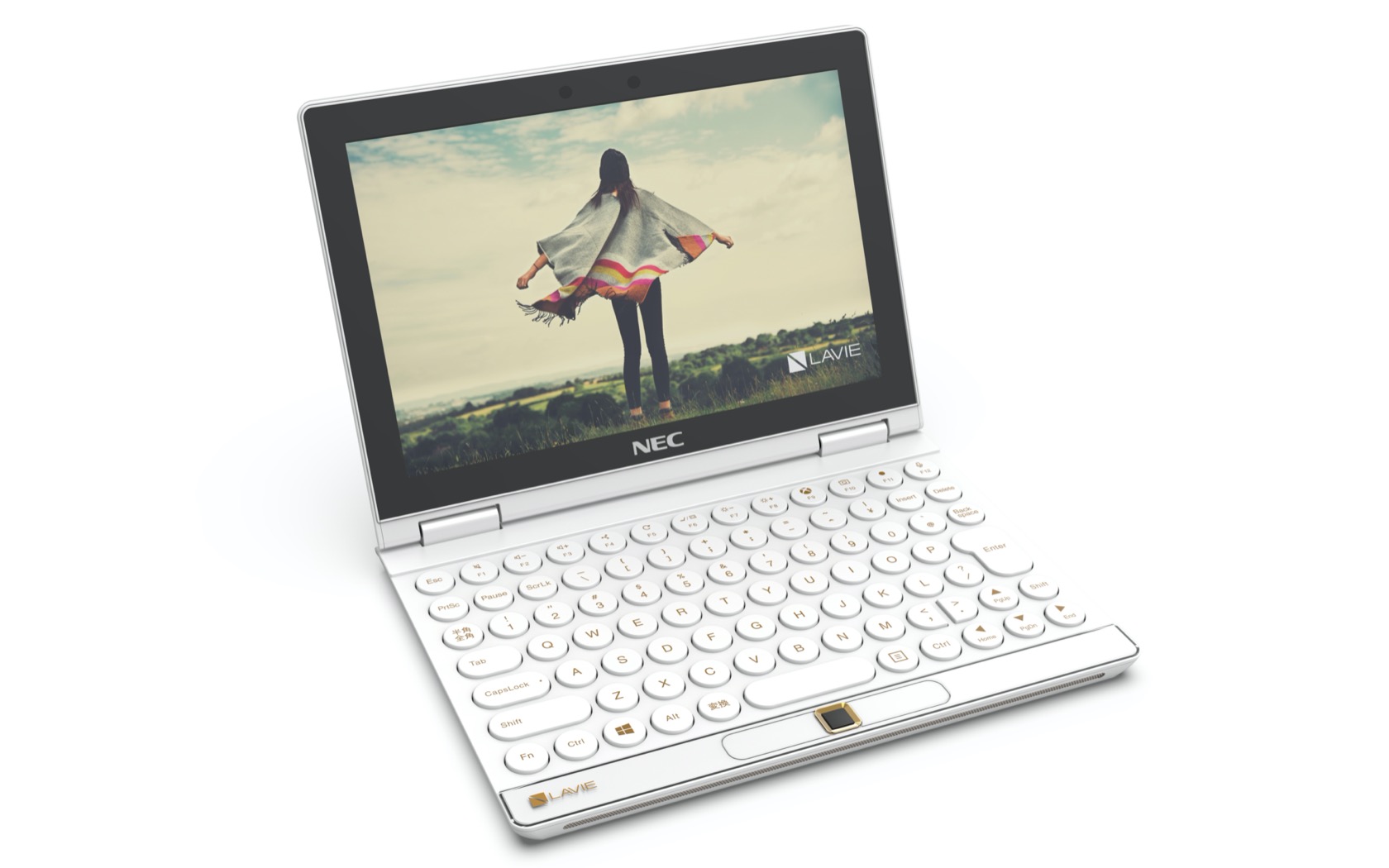 What both have in common, though, is uncertainty about when – or even if – you’ll be able to buy one yourself. Lenovo and NEC say that the LAVIE MINI is, for now, a prototype, and as such pricing and availability aren’t known.